Leiweke and Granger Discuss What Lies Ahead for OVG Facilities 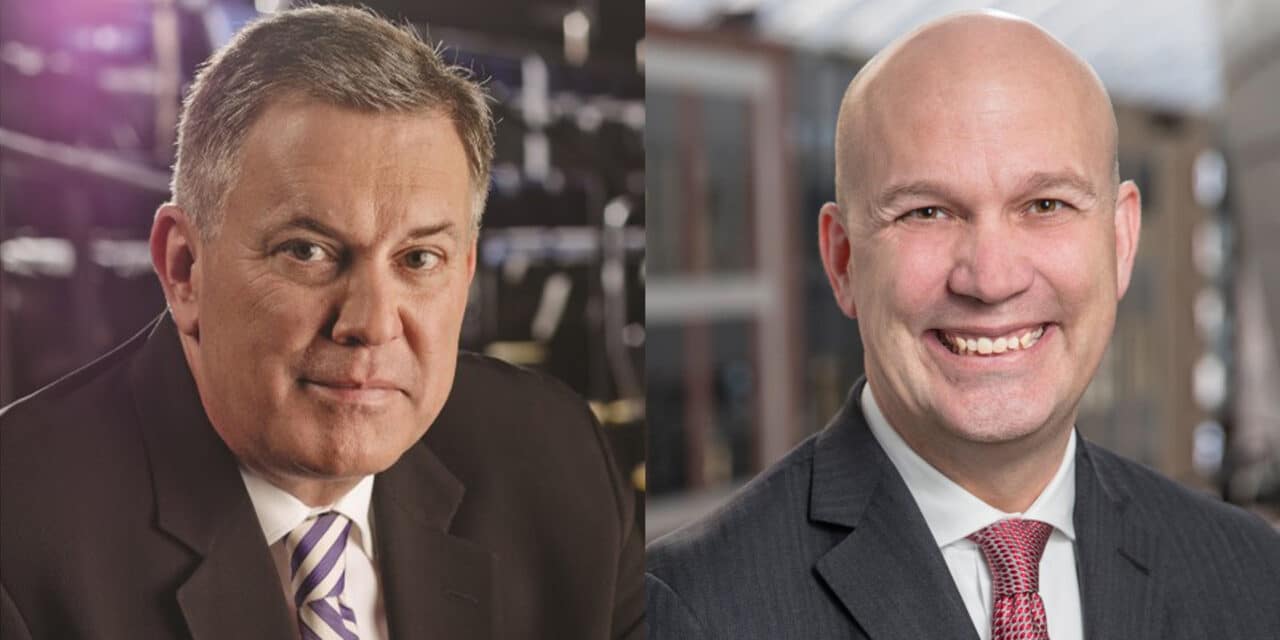 With the opening of Climate Pledge Arena in Seattle just weeks away and UBS Arena in Elmont, New York, to follow soon after, Oak View Group announced two major moves in recent weeks: an agreement to merge with Spectra and the naming of Chris Granger, formerly group president of sports and entertainment with Ilitch Holdings in Detroit, as CEO of OVG Facilities.

Tim Leiweke, OVG’s co-founder and CEO, said the acquisition and the appointment were two separate moves, the former adding a key capability to the company portfolio and the latter bringing aboard a forward thinker to oversee OVG Facilities, OVG Media & Conferences, and the 32-venue OVG Arena Alliance. (VenuesNow is part of OVG Media & Conferences.)

“We’ve always wanted to get into the food and beverage business,” Leiweke said of the Spectra deal. “We’ve had to use third party, not just on our operations but our bids, so anytime we’re bidding on an account that ultimately requires food and beverage, we’ve had to go find somebody to bid with. That puts us at a competitive disadvantage to someone like ASM (Global) or Spectra, where their food services are built in-house. Clearly being able to be in a 360 as it relates to bids and opportunities, but more importantly operations, is a step critical for us and our ongoing focus on the facility business, especially our owned and operated.”

The Spectra deal came together fairly quickly, but putting the right CEO atop OVG Facilities is something the company has been keen to do “for a long time,” Leiweke said.

Granger said he and Leiweke had been discussing a position of this type for several years.

“I’ve long been a fan of Tim and the team at OVG in terms of how they approach this industry because I think (they) approach it a bit differently from everyone else,” he said. “They alone view the opportunity to use this collection of venues in order to make a positive contribution to the world. Certainly in the last 18 months we’ve all learned the profound importance of togetherness and connection and fellowship, and we’ve also seen arenas and stadiums and how they’ve been used. They serve really important roles in society, whether it’s bringing people together to cheer, to sing, to dance, to vote, to get vaccinated, to protest. Arenas and venues, if managed and operated correctly, they can make a real positive contribution to the world.

The new opportunity that Granger sees is “how can we take this platform to the next level and how can we build and operate arenas in the most sustainable way possible and how can we build and operate arenas with an eye towards optimizing the health and wellness of fans and employees and athletes and entertainers. The real opportunity here, at least as I see it, is to use the platform of the venues to really tackle some of the bigger challenges facing society today. … This is a real chance to reshape the industry and remind the world what’s important and how we contribute to making a difference here.”

Asked whether the growth of OVG in facilities management, Leiweke said, “The reality is, there are almost 4,000 facilities out there today in the United States — convention centers, stadiums arenas theaters concert halls, etc. — and about 85% of them don’t use a third-party management company,”

“The majority of the industry right now is a self-op, and I think that’s a huge opportunity and a huge challenge,” he said.

But the bigger issue for the industry, Leiweke said, echoing Granger’s earlier comments, is the need “to lead with our vision, experience, knowledge and commitment on the pressing areas that are out there now.”

Climate Pledge Arena, scheduled to open in October, promises to be the first certified carbon-zero arena, and UBS Arena will follow suit, although over a longer time frame. That’s pushed up development costs, but Leiweke is unequivocal about why it’s money well spent.

“The real opportunity here, at least as I see it, is to use the platform of the venues to really tackle some of the bigger challenges facing society today. … This is a real chance to reshape the industry and remind the world what’s important and how we contribute to making a difference here.” — CHRIS GRANGER

In food and beverage, OVG is taking a hard look at what to serve and how to serve it within a sustainable model.

“There is the current school, which is old school, and then there’s where we want to go, which is the major impact Chris will bring to the company: thinking outside the box on how to reinvent the experience, whether it’s about health, wellness, sustainability, customer service, the food experience, the way we design, build and operate these buildings,” Leiweke said. “Right now, OVG’s really committed. We’re spending $5 billion on building new arenas, and that puts us ahead of the pack. Therein lies the opportunity, but therein lies the challenge and it was critical that we find someone with Chris’ experience and knowledge, reputation and drive and energy to help tackle the challenge, which is, we want to lead, we don’t want to follow.”

Said Granger: “Public safety, public health, sustainability, these things matter when you’re bringing thousands of people together. That lesson has been taught and retaught so very clearly in the last 18 months, so we went to make sure we are doing everything we can to make sure people are feeling safe, to make sure they’re feeling good about where they’re going.”

“As we all know in this industry, sports and entertainment has a spotlight that’s attached to it, and the extent to which we can use that spotlight to lead the way, not just among venues but generally speaking about how do you keep people safe (and) healthy and how do you do so in a way that benefits the planet, that’s the opportunity for us here and that’s what’s going to separate us from others in this space,” he said.

Asked how the pandemic has altered the economic landscape for venues and those who’ve traditionally owned and operated them, Granger said the collection of assets OVG is bringing to the industry is going to directly speak to the challenges facing self-operators, cities and communities.

“That’s what we are going to hang our hat on,” he said.

“Everyone’s been affected by the pandemic. Anyone who says they haven’t is not being realistic,” Leiweke said. “Some people went into caves and disappeared, others ultimately saw this as an opportunity to, one, think outside the box; two, be bold; and three —I happen to believe what Chris said earlier is true, (that) live entertainment is an industry that society needs — we have to find a rally point. We have to send a message of hope. We have to send a message that we’re going to get back to operating under some normal standards and we must ultimately put people back to work and we must ultimately give people a reason to cheer. So, I think building these arenas during this economic crisis is one of the most challenging things I’ve ever been through in my career. No one else seems to be doing the quantity and quality that we’re doing, and I’m proud of that fact.”

In time, Leiweke said, it will become clear if OVG was “really smart or really dumb” to shun layoffs and furloughs and stay the course with developments like the Moody Center, being developed in Austin as part of a public-private partnership with the University of Texas and Live Nation.

“That is a model we are anxious to ultimately duplicate,” he said of the Moody Center and OVG’s plans for expansion in the college and university realm. “We are in conversations with a half dozen universities and my guess is we’ll have another half dozen knocking on the door and I think we’ll pick and choose where it makes viable sense. Hard to do, and privatize, because remember, we wrote the check. Live Nation, ourselves and Matthew McConaughey wrote the check and took the risk privately for the Moody Center. You’ve got to not only find colleges and administrators and athletic departments that get that vision, but you’ve got to find them in markets where ultimately there is a need for a concert venue like there was in Austin. There’s not a hundred of these, but there’s a dozen of these out there and we’ll find them.”