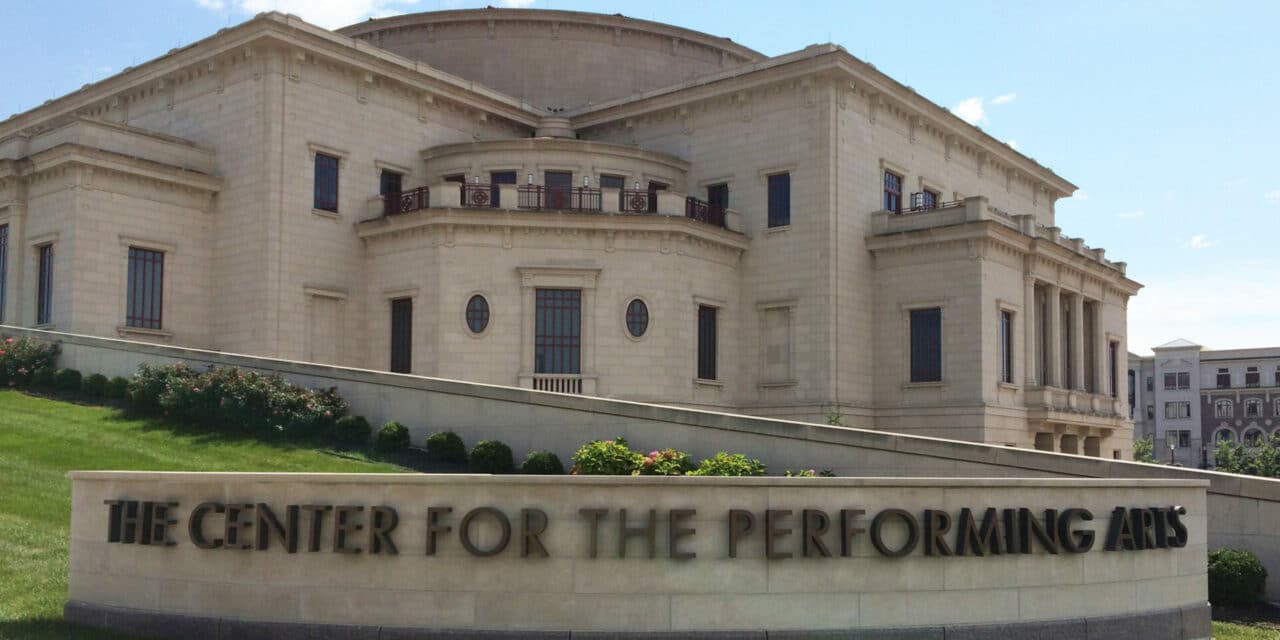 The Center for the Performing Arts had a seven-figure deal lined up, but then came COVID. (Courtesy venue)

What’s in a name? A marketing message that sticks, according to officials with the Center for the Performing Arts in Carmel, Indiana.

Now in its 11th year, the complex is seeking a naming rights partner after a previously negotiated, seven-figure, multi-year agreement fell through due to the pandemic.

The three-venue center — which consists of the 1,600 seat Palladium and the 500-seat Tarkington proscenium theater and a flexible black box theater (the latter two in a separate building) – has made it through the pandemic thus far without laying off any full-time employees, thanks to federal payroll protection programs and a modest one-year salary reduction for all staff.

Now, the center has around 45 national and international acts booked –  for the balance of 2021 and 2022. More dates are being added regularly, including a freshly announced John Legend show on Oct. 20. In June, the center added Dan Kemer, former president of Live Nation’s regional office in Indiana as its vice president of programming. He replaces longtime general manager Doug Tatum, who retired.

One notable pandemic casualty, however, was that scuttled naming rights deal with a regional company with a strong local presence that Jeffrey McDermott, the president and CEO of the Center for the Performing Arts, declined to identify, citing a confidentiality agreement. He said the company emerged just weeks after the search was launched in 2019.

It made absolute sense for the company to pull out of the deal, even as it was on the verge of being announced in March of 2020, and focus on its most pressing financial concerns during the economic calamity, he said, adding that it’s likely the venue and the company will work together in the future.

“They needed to focus on their business and their employees and as I said to them when they let us know of their decision, the kind of partner we are looking for is the kind of partner that would have done exactly that, put their business and their employees first and doing the right thing. They didn’t want to lay people off and it really wouldn’t have been appropriate to spend a lot of money on this opportunity.”

All of the center’s existing sponsors remained on board through the pandemic, McDermott said.

“We had to pivot a little bit, we had to change some of our offerings back to them, but every single one of them stayed with us, which I was gratified by and am frankly proud of,” he said. “I think it was because they viewed us as a partner. It’s one thing to put an ad in print media or run a commercial, but we actually offer an experience. If people can bring their clients here or use our facilities for a corporate retreat and have something memorable that comes out of it, have a shared experience with their employees or their customers, that’s a lot more memorable than a print ad in a newspaper or a 30-second spot on TV.”

As for again seeking a naming rights sponsor, McDermott said he expects it will end up being a local or regional entity. 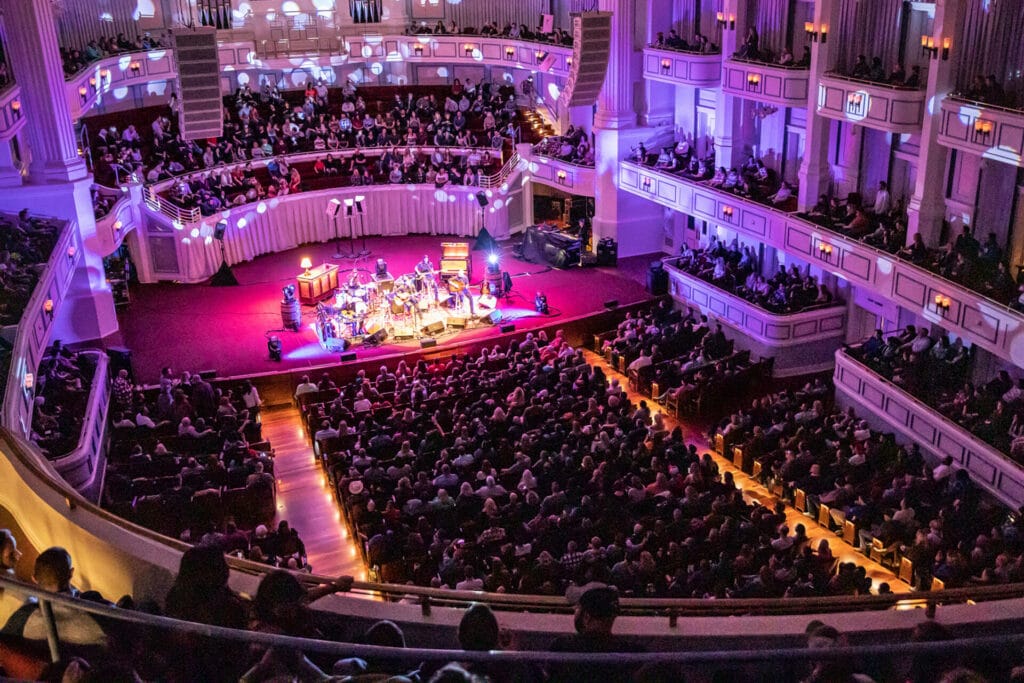 Guests enjoy a show at the 1,600-seat Palladium, the main venue at the Center for the Performing Arts. (Courtesy venue)

What the center has to offer is “a strong, ethical, high-quality brand,” McDermott said, explaining that many of the biggest sponsors, including Allied Solutions, the center’s season sponsor, use the facility for corporate events, retreats, meet and greets and offer their employees opportunities to go to the PAC’s events.

“I’m really proud that a lot of our sponsors are regularly named best places to work,” McDermott said. “We are part of why they are a best place to work, because of the way they engage with us and utilize our assets for the benefit of people.”

A major initiative of the past 18 months was the launch of Live at the Center, a 16-concert livestream series featuring Indiana-based artists performing original music that drew nearly 15,000 unique viewers nationwide. McDermott says the series will become a permanent fixture, but with live audiences added to the equation.

The center tapped into unused funds from its on-site production budget to invest in broadcast-quality cameras and livestreaming technology to record and/or stream over 60 events, including musical performances, a two-day Klipsch national sales meeting and an international city-planning conference.

More than 45,000 viewers were reached, a number comparable to the number of tickets sold during a typical Center Presents concert season, center spokesman Scott Hall said.

The center kicks off its 11th season with a Sept. 18 fundraising gala – with a live and online audience — featuring a performance by celebrated Artistic Director Michael Feinstein, followed by a Sept. 25 show by Rufus Wainwright and Jose Gonzalez.

McDermott expects the center’s fortunes to continue growing along with the Carmel area, which lies just north of Indianapolis, noting that the population was around 20,000 when he moved there after graduating from law school in 1987 and is now around 100,000.