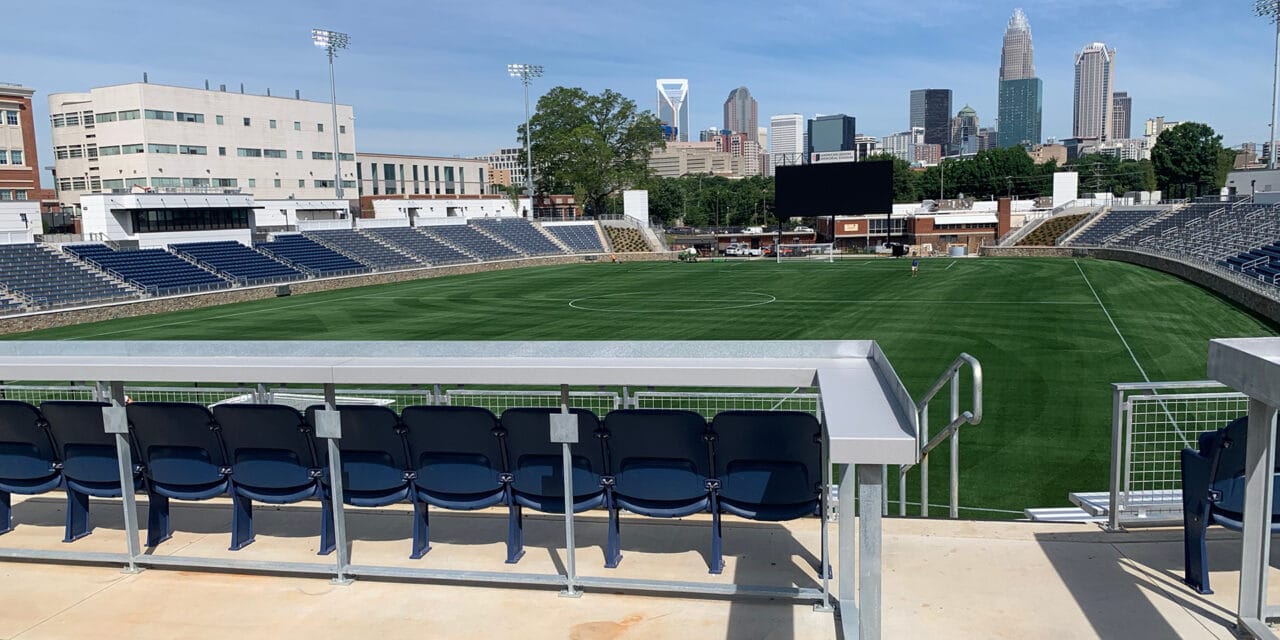 A renovated American Legion Memorial Stadium features VIP seats that look out on the skyline of Charlotte, North Carolina. (Don Muret / Staff) Nearly everything is new at home of USL’s Independence CHARLOTTE, N.C. — The seven-year journey to renovate historic American Legion Memorial Stadium has concluded, and the $40.5 million in upgrades has the venue’s primary tenant, the Charlotte Independence, poised to generate revenue with a clean slate of marketing assets. The Independence are part of the United Soccer League’s Championship division, the second-highest level of professional soccer in North America behind Major League Soccer. They started play in 2015 and have played in four venues around Greater Charlotte. A few years ago, the team signed a 10-year lease agreement with Mecklenburg County, which owns the stadium. It was contingent on improving a stadium that opened in 1936 as a Works Progress Administration project under President Franklin D. Roosevelt. […]
To access this post, you must purchase Subscribe to VenuesNow – 1 Year, Subscribe to VenuesNow – 2 Years or Subscribe to VenuesNow – 3 Years. If you are already a member of VenuesNow, please login here: log in