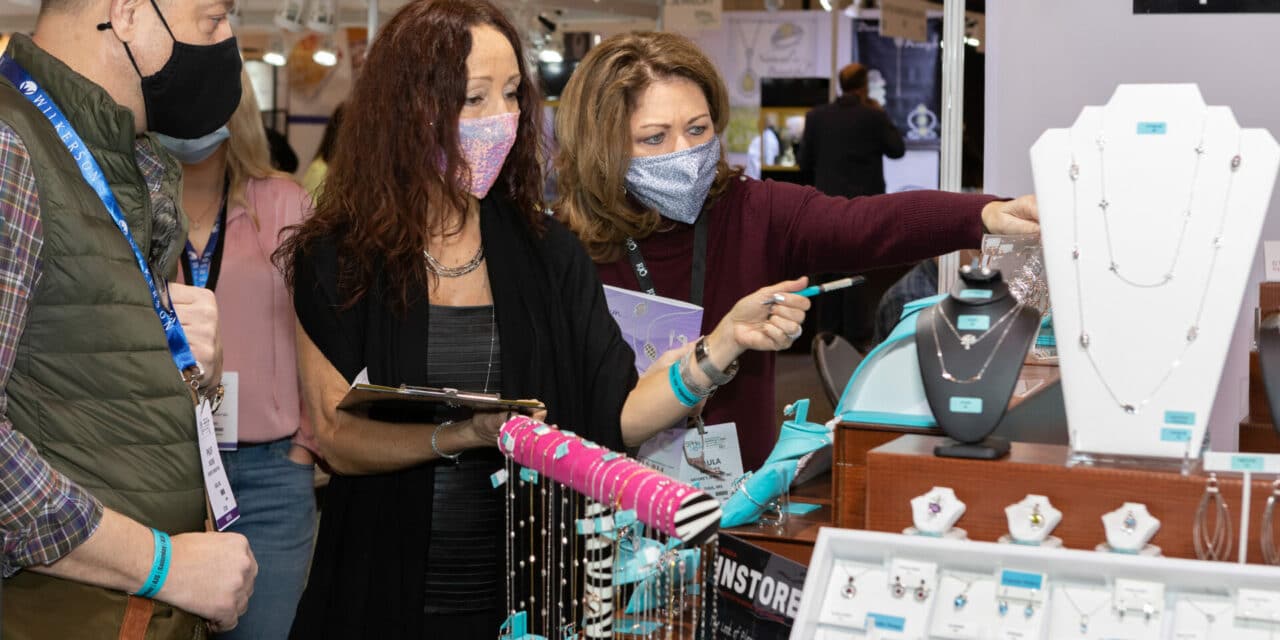 Jewelry buyers check out the wares at the Atlanta Jewelry Show, which returns to the Cobb Galleria Centre Oct. 23-24. (Courtesy venue)

The Cobb Galleria Centre convention center in Atlanta has hosted 85 events in a little over a year since it reopened in July 2020 after a short pandemic shutdown, with existing clients staying put and bookings looking strong going forward, officials there say.

“It was a gradual buildup. We had a lot of starts and stops,” said Michele Swann, general manager and CEO of the Cobb-Marietta Coliseum & Exhibit Hall Authority, which also owns and operates Cobb Energy Performing Arts Centre. That venue is due to reopen in late September with the BET Awards, followed by a Bert Kreischer show Oct. 10.

The authority also owns Truist Park, home of the Atlanta Braves, which is across Interstate 285 from the convention center and is leased to the Major League Baseball team.

The convention center did three or four events in its first month back and had plenty of business scheduled for the balance of 2020 before a spike in cases spurred new restrictions, leading to a cancellation of last August’s Atlanta Shoe Market, one of the facility’s most important repeat events. The show, which typically comes to the center twice, in February and August, recently concluded a successful return of its August run.

Buyers and sellers returned to the Cobb Galleria Centre for the Atlanta Shoe Market in August. (Courtesy venue)

Another important show for the center is another twice yearly event, the Atlanta Jewelry Show, which moved its August dates to October, one of several shows that have altered their typical cycle.

The center has secured dates as many as four years out for some of its largest clients to protect them from scheduling issues, Swann said.

“All in all, I think we have had this incredible success with the events we’ve had in executing them safely,” Swann said. “We credit that to being proactive in the beginning, in March of 2020, and coming out with the Galleria Safety First protocols.”

The guidelines address categories such as employee hygiene and wellness, facility cleanliness, ventilation and HVAC systems, event planner and contractor guidelines recommendations for health and safety inside leased spaces, food and beverage operations (which are in-house), audiovisual, cleanliness and disinfecting, and parking.

The protocols are adjusted to take into account new developments, such as a new Cobb County indoor mask mandate going into effect Friday, Swann said. 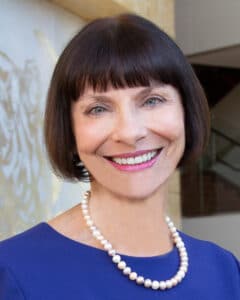 The Cobb Galleria Centre’s Michele Swann says the facility has hosted 85 events in a little over a year. (Courtesy venue)

“We’ve always had a recommended mask mandate in our guidelines and we’ve always encouraged social distancing,” she said. “We are tweaking our protocols just a little bit to make sure that we’re compliant. You have to remain flexible and resilient in keeping up with the protocols and the expectations of not only our show managers and planners but our visitors as well, so that they can feel safe when they come into our venue.”

Swann says some clients, like the local chamber of commerce, have taken to using a hybrid approach of online and in-person attendance, but for some buyers and exhibitors at events like the jewelry and shoe expos, face-to-face interaction and the ability to see and touch products are irreplaceable, she noted.

“They were definitely eager to get back in person because their buyers come and actually sit down in the exhibit booth and there’s a lot of back and forth,” she said of certain exhibitors. “You don’t have the luxury of that interaction when you are online.”

The center has upgraded its HVAC filters to hospital-grade standards and is securing more for the performing arts center.

The center went through several waves of furloughs, which affected 83% of the workforce.

“As we reopened the convention center we were able to bring some of them back (on an as-needed basis),” Swann said. “We’ve been extremely fortunate that, with the exception of a few of the employees, the majority of them when called back did come back.”

Still, about 25 employees were recently laid off, Swann said.

“We still have some people on furlough that we will bring back when the theater reopens and when we get to a higher level of activity in the convention center,” she said.

Swann says the biggest surprise for her in the last 18 months has been how long the pandemic has had a grip on the events industry, but she’s been impressed by how the industry in general has responded, with the International Association of Venue Managers stepping up to keep its members informed on latest developments and best practices.

“From day one, IAVM was incredibly supportive of the membership,” said Swann, who was honored in the 2016 class of the VenuesNow Women of Influence, now Women of Live. “We were on webinar after webinar and conference calls and Zoom calls.”

The immediate future has gotten a bit murky with the delta variant of the coronavirus now causing some corporations to balk regarding reopening plans, Swann said, but she’s nonetheless bullish on the convention center and theater’s prospects.

A sampling of coming events on the Cobb Galleria Centre schedule