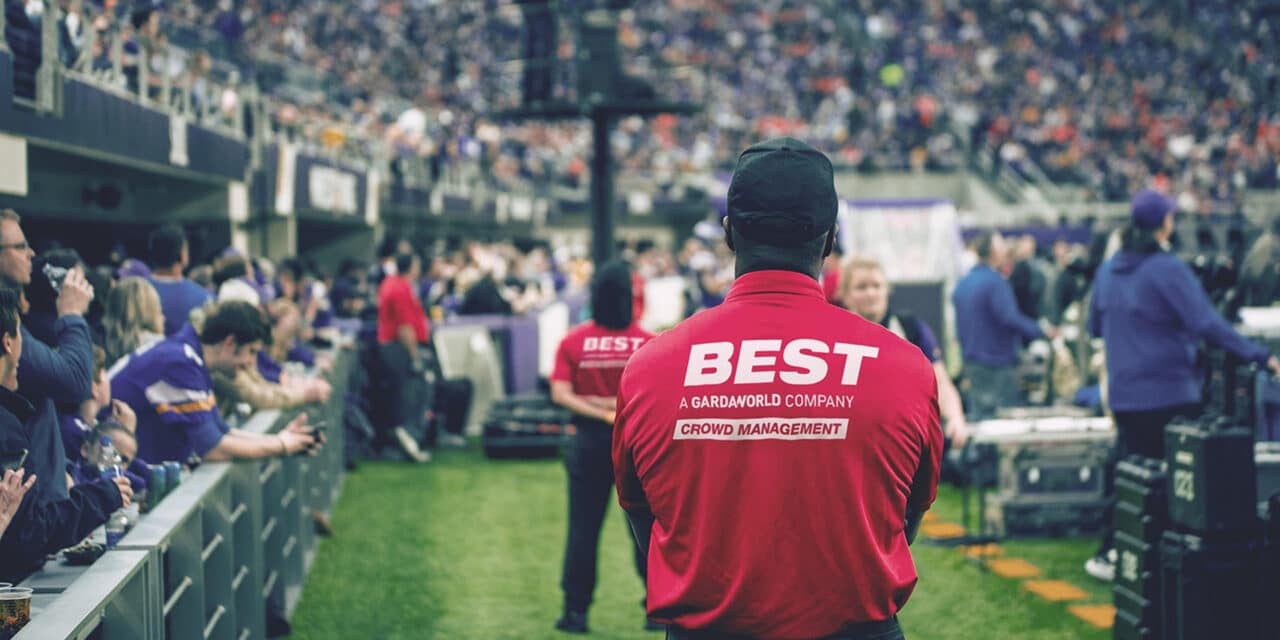 With millions of fans poised to throng stadiums across the U.S. as college and pro football return, and in light of the July shooting outside Nationals Park in Washington, D.C., that prompted the suspension of a game, venue security expert Jeff Spoerndle says it’s crucial for venues to expand their patrol perimeter well beyond a facility’s walls.

“We’ve been working with venues to implement such measures even before this event, considering heightened threats in recent years,” said Spoerndle, vice president of Best Crowd Management.

“We always encourage venues to reassess security risks based on what’s going on in the world today, such as the rising risk of domestic terrorism,” Spoerndle said. “We encourage them to strategically place security officers and implement security measures in areas with higher risk to deter and prevent incidents — which includes parking lots in obscure areas, unlit or dim walkways, and at entry points of facilities.”

Many venues employ “floating secondary perimeter personnel,” a set of security staff in charge of monitoring the outside of a facility for potential threats as guests wait in line to enter and go through security checks, according to Spoerndle, who has coordinated the guest services and security programs for Super Bowls, NFL conference championship games, NFL drafts, NBA All-Star weekend and golf’s U.S. Open.

“With this method, security personnel are able to identify risks sooner and in turn deter the situation and/or direct guests away from the facility more quickly if need be,” Spoerndle said.

Spoerndle says that incidents like the one in Washington, which sent fans and players alike scrambling for cover after gunshots rang out and left three people outside the ballpark wounded, can happen anywhere and at any time, so all buildings welcoming fans should evaluate their risk level, taking into account what has been happening in their particular location, and deploy personnel “in strategic target areas” in an around the venue.

“Put a proactive security plan in place that includes preventive measures on the exterior of the facility,” Spoerndle said. “We’re really encouraging venues to look at additional security personnel outside of entry points as threats continue to evolve.”

The threat of violent incidents is also be present at supermarkets, movie theaters, and restaurants and bars, but many of those places have little threat detection compared with public assembly facilities, especially large ones where pro and major college teams play, according to Spoerndle

“We really believe they create a much safer atmosphere than most places you could go and do any type of social activity in your community,” he said.

Proficient operation of technology like the latest walk-through threat detectors that don’t require divestment of possessions or AI-based guest monitoring systems, along with proactive plans for quickly curbing inappropriate behavior are key arrows in the security professional’s quiver, but all venue staff have a part to play, Spoerndle says.

“Our job is to create an environment for people to come in and have fun, and there’s a fine line between having fun and having it go a little bit overboard,” he said. “It is really critical that not only our staff, being security personnel and also guest services, but also the other team members in the building such as concessionaires, the cleaning staff, other departments in the facility, if they see somebody that’s acting up, or acting out of sorts, to detect it and report it. Get it to security so that we can start the process of monitoring the behavior, serving the appropriate warnings and taking the appropriate action.”

As for the fervor to be expected of returning college football fans, Spoerndle said no one should be taken off guard.

“Especially when you get into college football, people are very passionate about it. It is seven times a year, usually, at home. Usually in those college towns, they close down and it’s all about that event experience,” he said. “Even though some of them were open in limited capacity last year, it really wasn’t the true experience. Maybe tailgating was missing, or maybe seats were socially distant, or maybe in some facilities, especially up in the northern parts of the country, they weren’t even open, and it was closed-door. So, I really expect people to come back with a lot of passion.”