In Iowa, a Baseball-Hockey Doubleheader 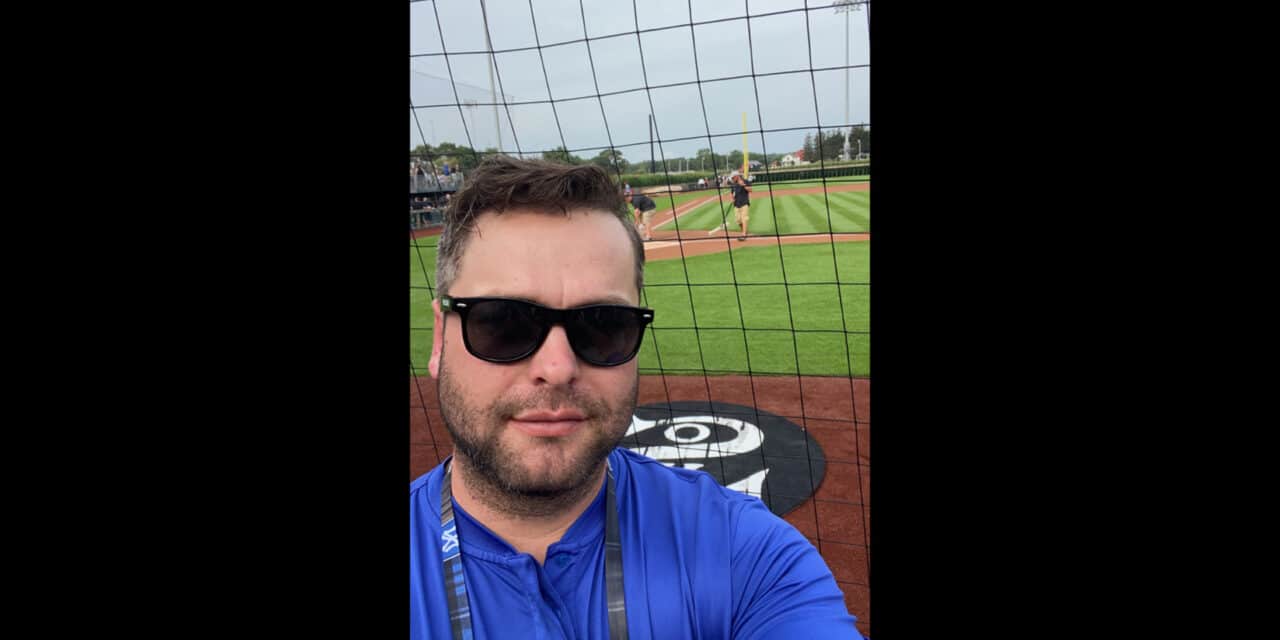 From cornfields to ice sheets, VenuWorks executive Erik Hudson had a week to remember in Cedar Rapids, Iowa.

Hudson, the facility management firm’s associate executive director and general manager of ImOn Ice arena, played a small role in the Field of Dreams game at a farm outside Dyersville, Iowa, which is 60 miles northeast of Cedar Rapids.

Major League Baseball, which staged the Aug.12 game in recognition of the 1989 movie starring Kevin Costner, used Cedar Rapids as a hub for officials working the special event. It’s the state’s second-biggest market.

In addition to his role with VenuWorks, Hudson is interim director of the Cedar Rapids Tourism office. As a result, he was responsible for communicating with area hotels on the number of room nights required for MLB as well as having enough rental cars available for transportation.

Over the past several months, Hudson sat in on multiple Zoom meetings and phone calls with MLB headquarters in New York to complete the logistical details.

For his assistance, Hudson secured a media credential to attend the game and document it on his cellphone. Those images will help promote Cedar Rapids Tourism through social media channels and in the group’s home office.

The Field of Dreams game turned out to be a big hit on television and in person. The Chicago White Sox beat the New York Yankees in dramatic fashion.

“We were excited to be a small fraction of this event,” Hudson said. “Being so close to Cedar Rapids, it had a great impact on our community. Every patron I spoke to was either staying in Dubuque or Cedar Rapids. I’m sure that a lot of our local businesses benefited from the great job MLB did in putting on this event.”

This week, there were reports that the Chicago Cubs will play the Cincinnati Reds in next year’s Field of Dreams game. MLB had not confirmed the information as of Wednesday evening. Hudson said he hopes the tourism office and VenuWorks can play a bigger role in 2022.

After the national media packed up and left the cornfields following the game, it was back to the trenches for Hudson. 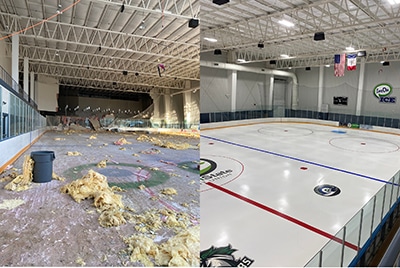 ImOn Ice arena after the damage of last August’s derecho, and with its first fresh sheet of ice in a year. (Courtesy VenuWorks)

At ImOn Ice, after a lengthy shutdown, it was time to start forming the ice floor for the coming hockey season and other events. Hudson is a hockey guy and coached for one year at Lake Forest (Illinois) College, an NCAA Division III program.

His focus now is on the 3,850-capacity facility that is home to the United States Hockey League’s Cedar Rapids RoughRiders.

Over the past year, the building has gone through $9 million in repairs to the roof and interior spaces.

Insurance paid for most of it, Hudson said.

Separately, $3 million in infrastructure upgrades, in progress at the time the storm hit last summer, have been completed with new LED sport lighting, a more efficient ice plant and a new HVAC system with dehumidification units.

An anonymous donor gave the city $700,000 to purchase a new center-hung videoboard. Daktronics produced the board and local firm Metro Studios is handling the installation. It should be in place by mid-September.

The RoughRiders’ first home game is Oct. 16. The team canceled its 2020-21 season because of the storm damage.

For Hudson, the week culminated with four concerts between running back and forth to make ice.

Over a five-day period, Foreigner, Chris Tomlin and Jake Owen all played the 3,000-seat McGrath Amphitheatre and Blue Oyster Cult performed at the Alliant Energy Powerhouse, which seats about 8,000 for shows.

VenuWorks runs all three facilities in Cedar Rapids on behalf of the city as well as the Paramount Theatre.

As of now, there’s no proof of vaccination or negative COVID-19 test required to attend concerts in Cedar Rapids. Iowa Gov. Kim Reynolds has not issued a statewide mask mandate with the exception of a three-month period last winter.

“We have our companywide policies in place that we used early on for COVID, and tours have their own policies in place,” Hudson said. “We have to be flexible to notify event attendees at the drop of a hat. We’ll do whatever we need to do to make sure live events still happen.”