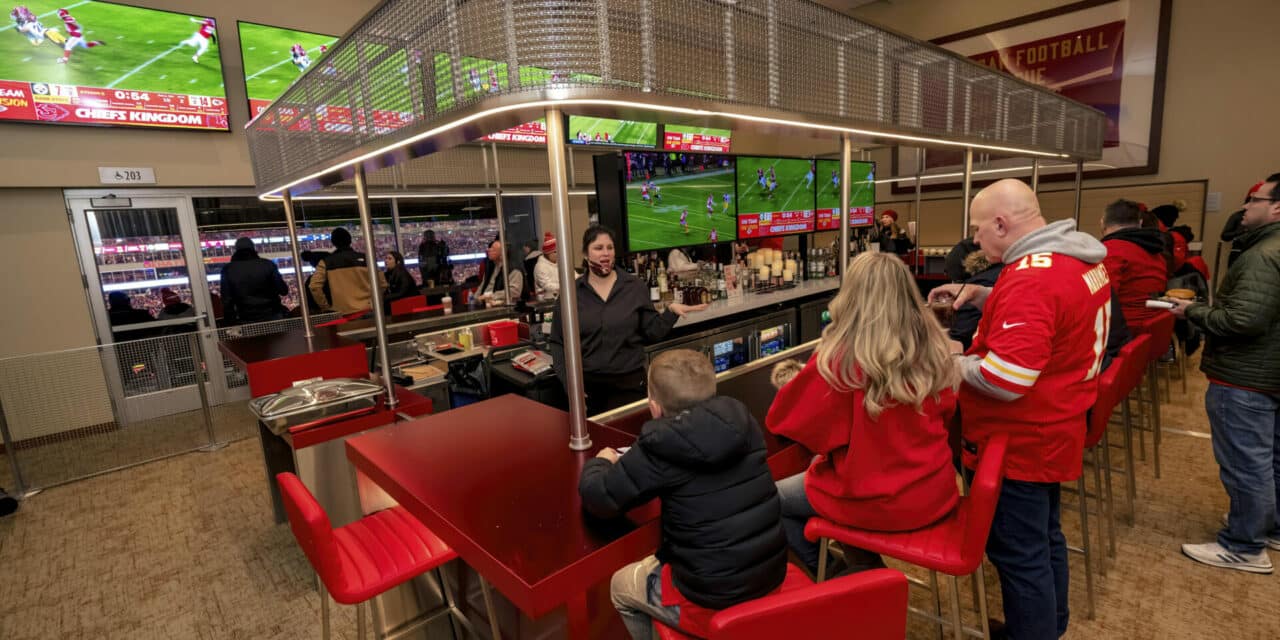 We Are The Champions: The Chairman’s Club and Champions Club, each with room for 75 on opposite sidelines, rolled out for last season’s NFL season as a purchase option for existing club-level ticket holders. (Courtesy Team)

Turning the coal of unused stadium space into the gold of revenue-generating clubs might sound like venue-industry alchemy, but that’s exactly what the Kansas City Chiefs and Levy Restaurants did at GEHA Field at Arrowhead Stadium.

In 2021, the Chairman’s Club and Champions Club, each with room for 75 on opposite sidelines, were rolled out for existing club-level ticket holders to purchase for about $500 per person, per game.

The idea was to create an upscale food and beverage experience, said Tyler Kirby, the Chiefs’ executive vice president of business development.

“Those performed really well, so ahead of last season we worked with Levy to open up two other ones,” Kirby said. “They’ve done really well. We sold through the inventory prior to them even being constructed.”

The feedback has largely positive, but there are always logistical things to work through, primarily involving ingress and egress, “but from a food and beverage standpoint and a desire to have things like that for ticketholders, it’s all been very positive.”

Most of the guests who have bought into Champions and Chairman’s clubs have tickets adjacent to them, he said.

The initial design work was done in conjunction with Populous, after which the Chiefs and Levy “were the ones leading the charge,” Kirby said. The clubs were built into existing carve outs on the club level that had some view of the field, behind ADA platforms.

The indoor access and club seating were already in place for ticket holders in that part of the stadium, so the idea was to give them the option of purchasing an add-on F&B experience, with quick, easy access to a full bar and items like rib eye and lobster in addition to traditional stadium fare, he said.

There is some seating in the clubs, but the idea was not about creating a hangout or lounge area, per se.

“The food and beverage really was the priority here,” Kirby said. “That was the selling point for adding to a club ticket.” The menu changes every game. The Chiefs are lining up potential sponsors for the clubs, Kirby said.