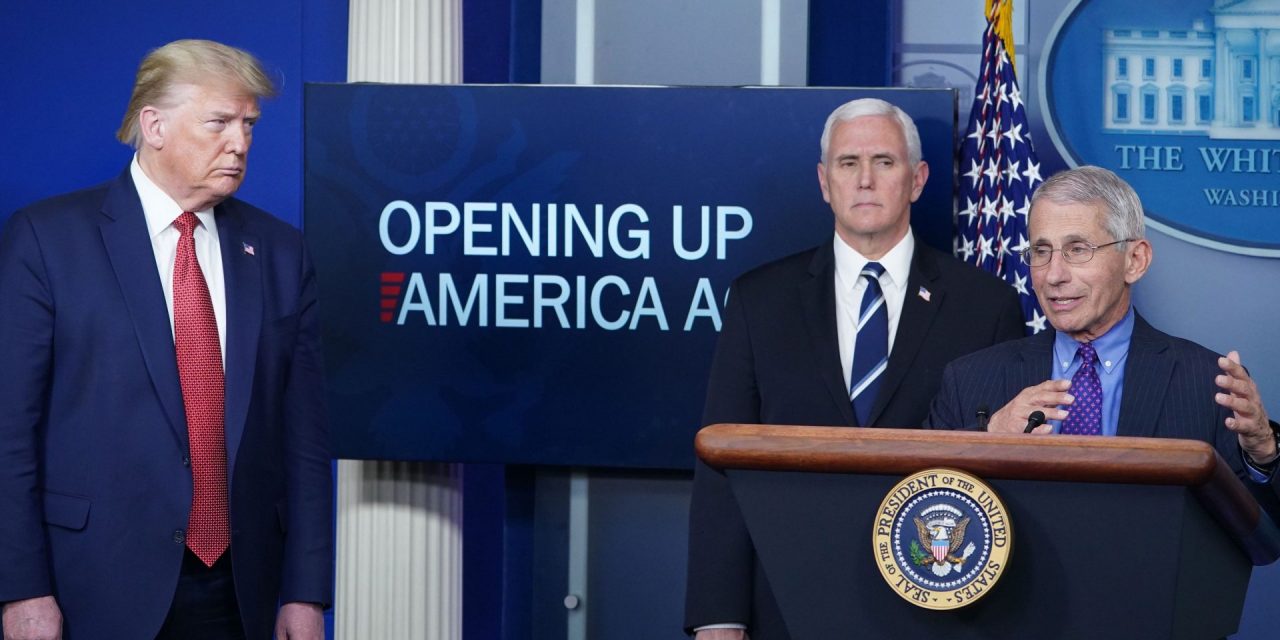 President Donald Trump, Vice President Mike Pence and Dr. Anthony Fauci of the National Institute of Allergy and Infectious Diseases introduce federal guidelines on reopening the U.S. economy at a media briefing Thursday. (Getty Images) Phased reentry will allow bigger crowds as states meet benchmarks President Donald Trump on April 16 announced a plan to reopen the U.S. economy, including guidelines for public assembly facilities, after weeks of closures aimed at stemming the coronavirus pandemic. The federal guidelines are nonbinding and put decision-making in the hands of states and their governors. The Trump administration’s “Opening Up America Again” plan calls for a phased reopening of businesses based on benchmarks, dubbed gating criteria, that must first be met. “In terms of sports, they’ll probably start off — as you know I spoke to the commissioners yesterday of almost, I guess of every sport — and many of them are going to be starting […]
To access this post, you must purchase Subscribe to VenuesNow – 1 Year, Subscribe to VenuesNow – 2 Years or Subscribe to VenuesNow – 3 Years. If you are already a member of VenuesNow, please login here: log in