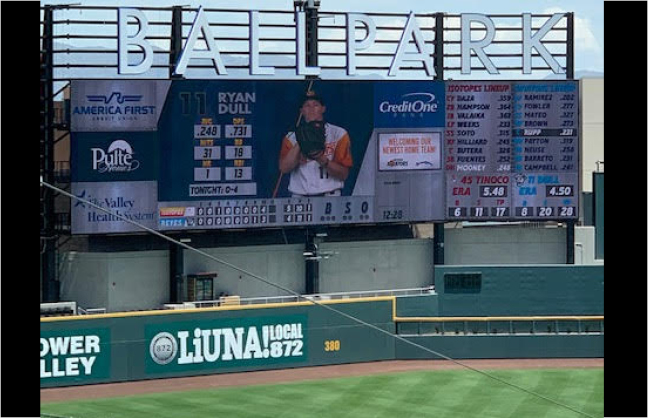 Las Vegas Ballpark is one of the venues adopting a “two-eyes” rule for videoboard programming. (Courtesy Las Vegas Ballpark) Minor league ballparks recommit to monitoring videoboard content After last week’s videoboard controversy at Chukchansi Park, home of the Fresno (Calif.) Grizzlies minor league baseball team, venues across the country are re-examining their videoboard programming procedures. The Grizzlies apologized hours later for the Memorial Day blunder, in which the board displayed a video showing Ronald Reagan’s 1981 presidential inaugural speech calling out foreign dictators while showing the faces of North Korea’s Kim Jong-un and the late Cuban leader Fidel Castro and then flashing a picture of freshman congresswoman Alexandria Ocasio-Cortez. Reports of the video drew criticism, and three brands reportedly cut sponsorship ties with team because of it. “What was supposed to be a day to remember those who made the ultimate sacrifice in service to our country was overshadowed by […]
To access this post, you must purchase Subscribe to VenuesNow – 1 Year, Subscribe to VenuesNow – 2 Years or Subscribe to VenuesNow – 3 Years. If you are already a member of VenuesNow, please login here: log in