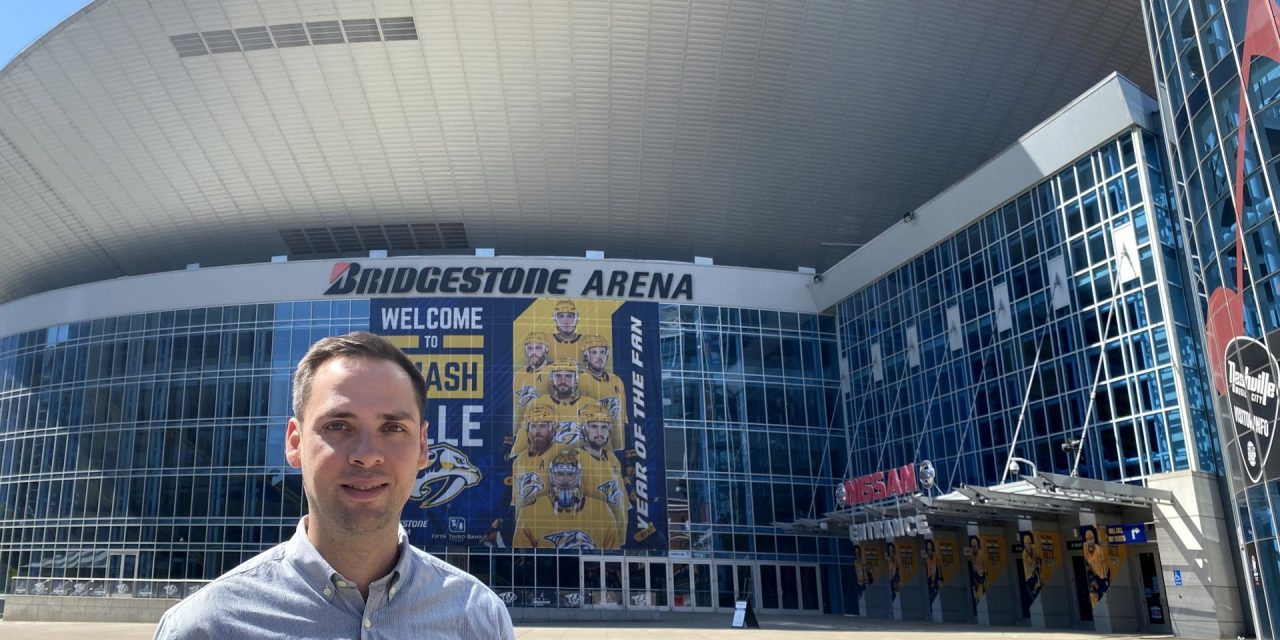 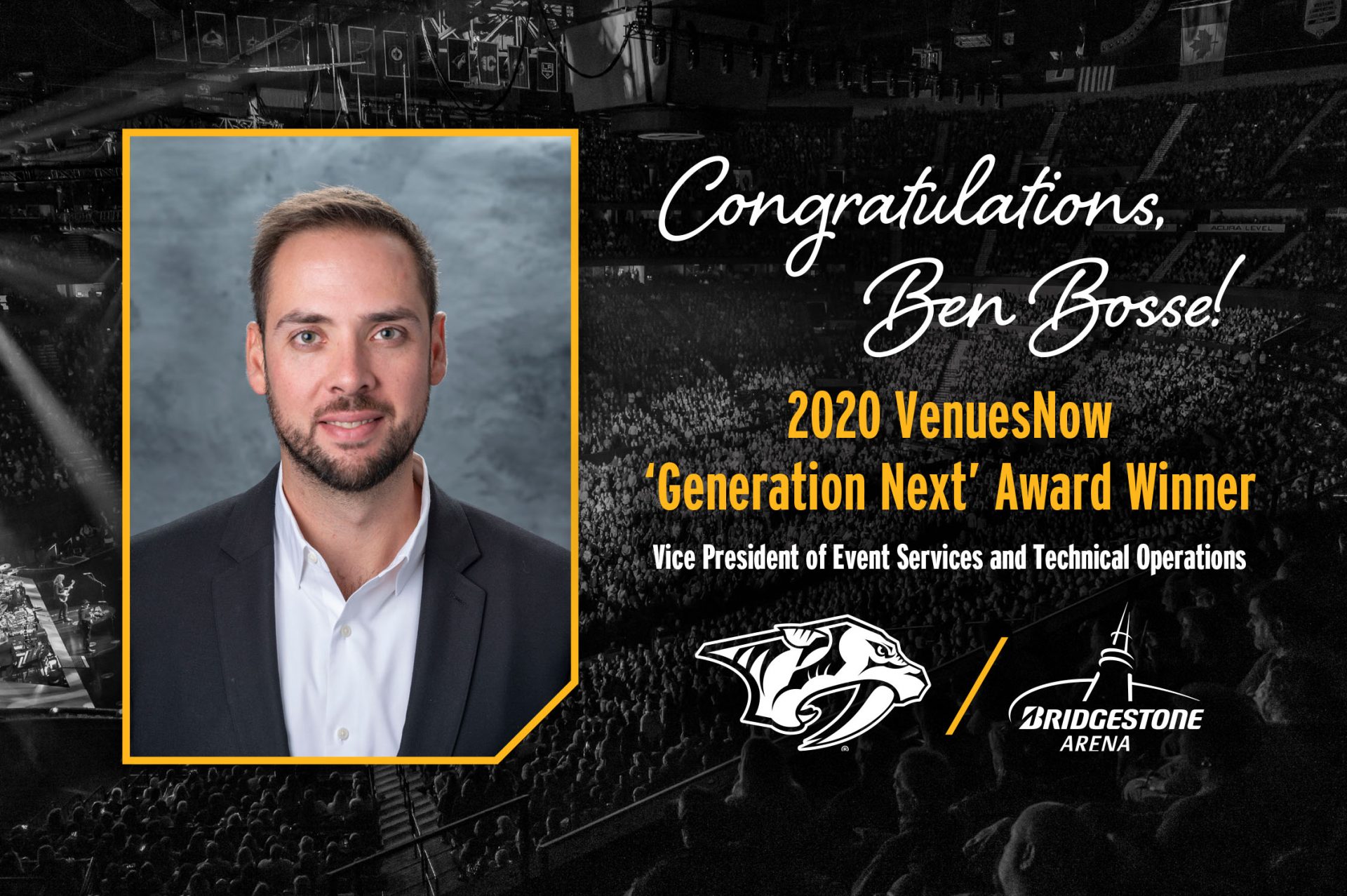 To go from a wet-behind-the-ears intern to a vice president overseeing two major departments at Nashville’s Bridgestone Arena, as well as helping to oversee part of a $70 million capital improvement plan, one would have to have talent, aptitude, a strong work ethic, business acumen, creativity and more.

“He had that sense of when to talk, when to add and when to listen. You don’t always get that with interns,” said David Kells, senior vice president of entertainment and marketing for the NHL’s Predators and Bridgestone Arena, recalling what he saw in Ben Bosse nearly a decade ago when he hired him for an internship. “Some interns are a little bit more shy, some aren’t shy enough, but he had that right balance of contributing when he had something to contribute and then laying back and learning.”

Early on, Bosse distinguished himself as an intern in a difficult front-of-house customer service situation where his mettle shone through. “I remember it very vividly,” Bosse said. “I worked every event and show we had that summer. We had a very specific issue at (Chelsea Handler’s show) where the audio company made an error and missed a section of the crowd. We had a lot of customer service complaints. David, who was in marketing at the time, and I were in the front of house at the guest services area taking customer complaints. It was a pretty significant issue because you didn’t know what had happened or whose fault it was.”

As he watched Kells deal with the fans, the intern decided to “grab a legal pad, step up beside David and start taking down names and phone numbers,” Bosse said.

“Ben just jumped in,” Kells recalled. “He saw what we were doing … and he was right there with the rest of us. He was an intern and helped make our customers feel good about a not-so-great situation.”

Kells also remembered Bosse’s initiative when hiring for a full-time event coordinator. Landing the job, it wasn’t long before Bosse, as he describes it, found himself “drinking water from a firehose.” That came while running point on the 2010 Southeastern Conference Women’s Basketball Tournament two months into his new job. But as a college hoops player at Tennessee who himself participated in the SEC tournament, he was a natural fit. “It was a really interesting immersion,” the Knoxville native said. “I was bitten by what this industry is. The sports and entertainment industry is fast-paced and almost addictive.”

Bridgestone, at 20,000 capacity, was 11th on VenuesNow’s 2019 Year-End Top Stops in the 15,001-30,000 Capacity category with nearly 741,000 tickets sold, and its 87 events last year were the seventh most on the list. The busy venue hosts major concert tours, is home to the Predators and handles Music City tentpole events including the CMA Awards in November and the CMT Awards.

Bosse meanwhile expanded his purview while working in guest services. “I just liked learning and knowing the answers,” he said. “I would go on a walk-through for major events and not know the answer to a broadcast question or a technical question posed to me and that got under my skin. I wanted to know more about it and so as I grew and gained more and more knowledge I became more proficient with our venues’ technical systems, our scoring system, the connectivity throughout the building, the scoreboard, the control room and things like that.” This led to him adding technical operations to his purview, a skill set perhaps on the other side of the cerebral cortex from guest services.

Working on multimillion-dollar capital improvement projects like a new scoreboard and control room, Bosse credits Kells, CEO Sean Henry and the entire leadership team for their business philosophy. “As you demonstrate success here, you’re rewarded with more opportunity,” he said.

Other interns at Bridgestone have worked their way up the ladder, but Kells doesn’t recall anyone else making it to VP. “Ben communicates with people,” he said. “He builds teams and consensus, he listens to people who have something to say and he’s able to bring people together in a very impactful way.”