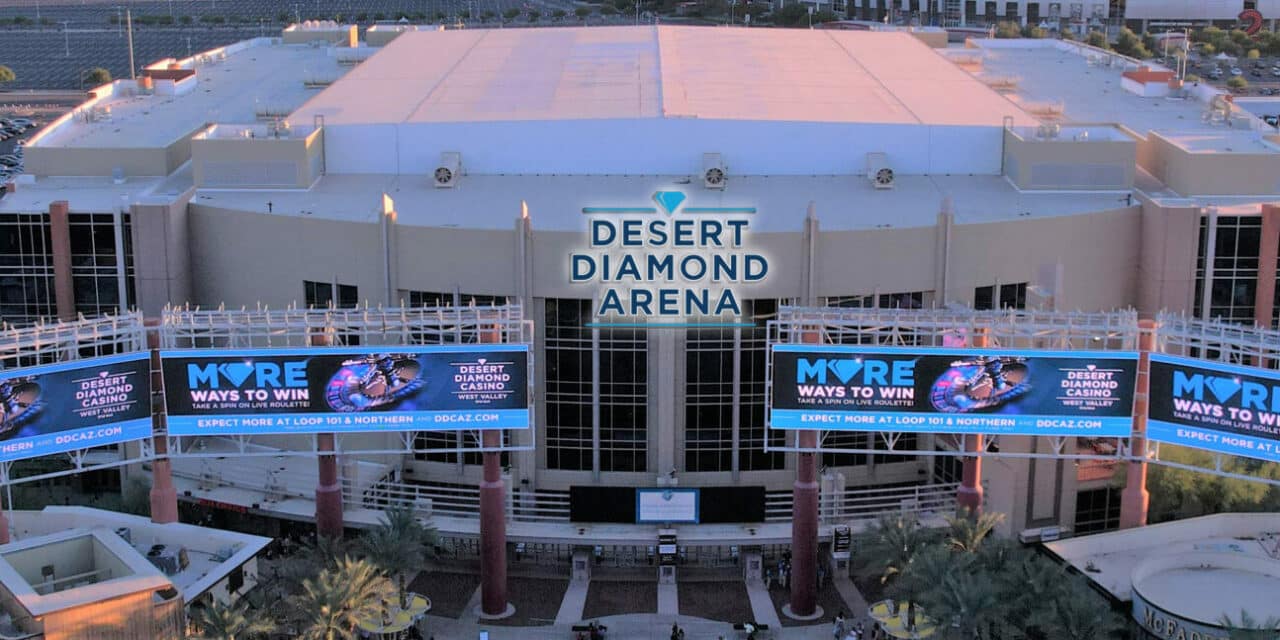 Glendale City Manager Kevin Phelps said the 10-year agreement came with an opportunity to renew for an additional 10 years. Financial terms of the deal were not disclosed.

“It’s something that means a lot to us,” said Mike Bean, chief executive officer of Desert Diamond Casinos & Entertainment. “Our (casino) location is right there in the Westgate Entertainment District and our approach is to partner with and not compete with the Westgate folks. We have the bars and the restaurants and entertainment outlets. We want to be part of that and be known as part of that.”

Bean said he believes there are “great synergies” at the sprawling Westgate Entertainment District that includes the arena.

“We now have Desert Diamond Arena and casino there, State Farm Stadium and four exits (off the Loop 101) that take us to the sports and entertainment district,” Bean said. “We believe it’s the perfect partnership for us, given the location and the amenities that continue to grow in Glendale at the entertainment district.”

Phelps said he was impressed with what Desert Diamond Casinos was willing to bring to the table.

“We knew that when we made the business decision to part ways with the Coyotes — the existing naming rights agreement was with the Coyotes, not with the city — that we’d have to go out and find a new partner,” Phelps said. “Everybody else, their talk measured the value of having the name on the arena. It was a fairly straightforward approach.”

Desert Diamond Casinos, however, looked at the Westgate Entertainment District as a whole. The casino is 1.3 miles from Westgate.

“They’re looking for ways they can partner with other businesses — the Westgate owners, retailers, restaurants — they can bring additional value to the district,” he said.

“They were the only one who walked in on that level. It was truly a multiplier effect. I think they’re going to bring tremendous value back to the district.”

Phelps said he learned on Aug. 22 that, in the past calendar year, the arena had its highest revenue for non-hockey events.

“We’re coming off a tremendous amount of momentum,” he said. “We’re real close to locking into the key areas for remodeling and renovation for the arena. It’s an exciting time all the way around, considering a year ago last week we parted ways with the Coyotes.”

Major upgrades are planned for the arena as well as Desert Diamond Casinos, the latter of which will expand hotel and resort options.

Owned and operated by the Tohono O’odham Gaming Enterprise, Desert Diamond Casinos & Entertainment has four locations in Arizona — Glendale, Tucson, Sahuarita and Why.