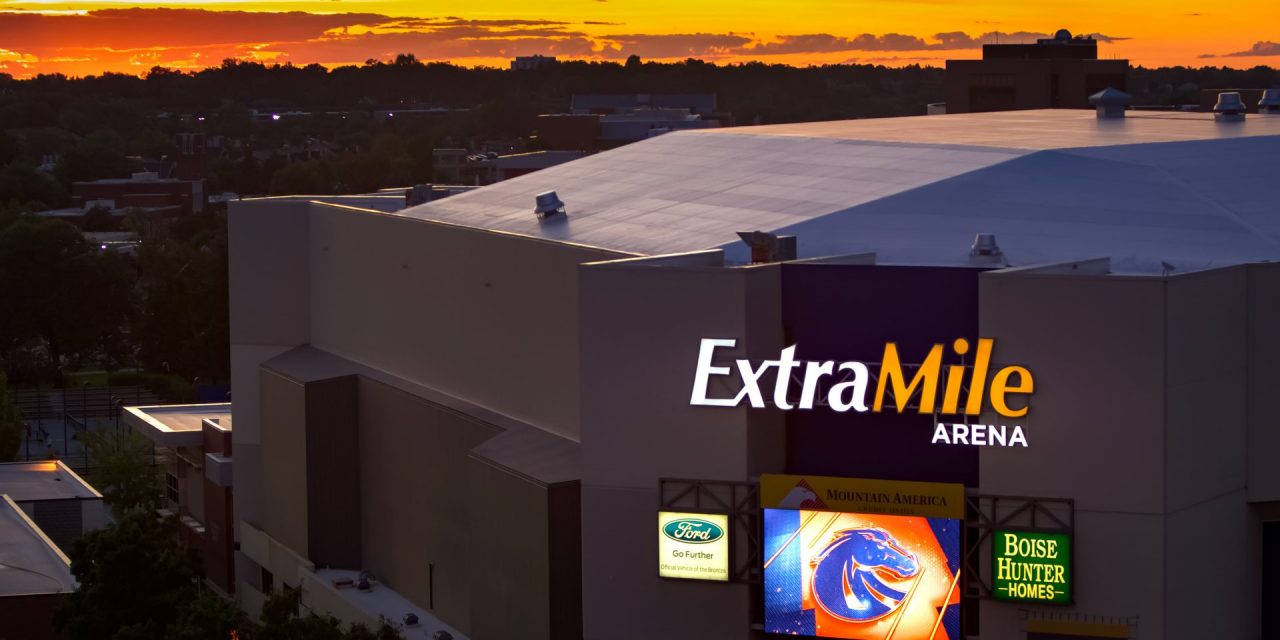 ExtraMile Arena got its new name as part of a 15-year, $8.4 million deal. (Courtesy Boise State University) Naming-rights deal among recent changes at venue When the owner of Meridian, Idaho-based Jacksons Convenience Stores acquired a 50% stake in the ExtraMile brand, it came at a convenient time for the local university. “They are big supporters of Boise State University, so they decided to make the jump as naming-rights sponsor,” said McQ Olsen, associate director of marketing for the school’s 12,808-capacity multipurpose arena. Through a 15-year, $8.4 million deal, Boise’s Taco Bell Arena became ExtraMile Arena. “Our last naming rights with Taco Bell began in 2004 with a 15-year agreement for $4 million,” Olsen said. “As the new naming-rights opportunity came available, we were able to double our investment.” The new branding includes signage, websites, social media handles and a logo on the arena’s basketball floor. The concession stands also […]
To access this post, you must purchase Subscribe to VenuesNow – 1 Year, Subscribe to VenuesNow – 2 Years or Subscribe to VenuesNow – 3 Years. If you are already a member of VenuesNow, please login here: log in