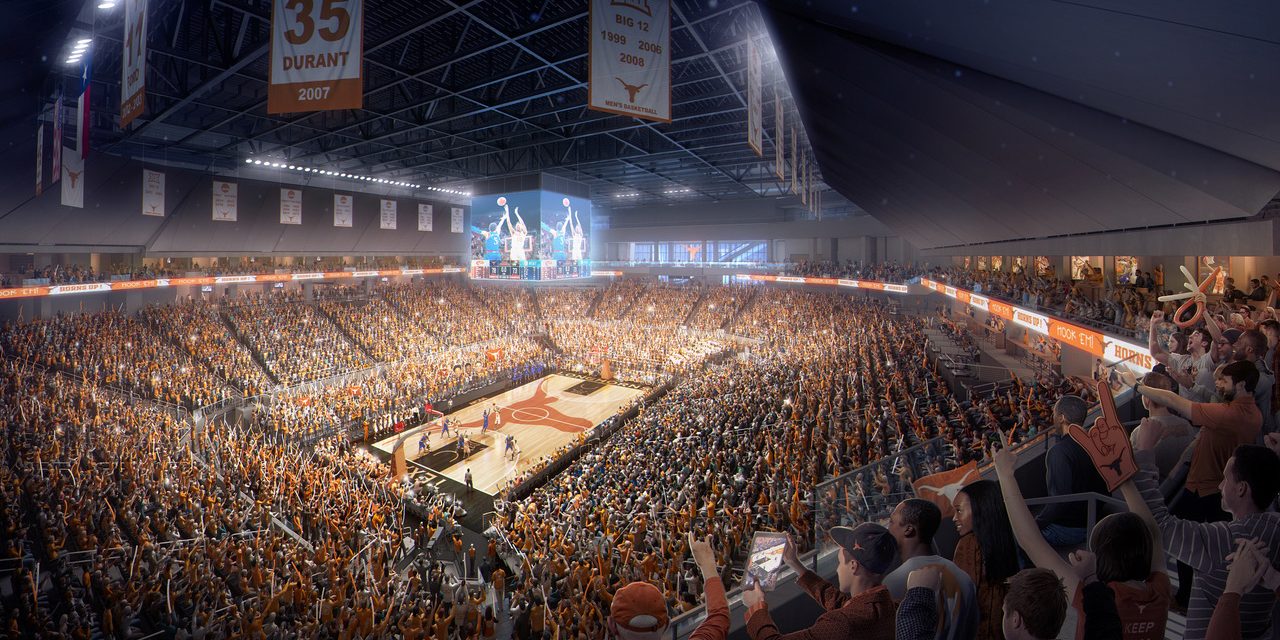 Moody Center will be home to Texas Longhorns basketball as well as a new stop for concerts. (Courtesy OVG) Planned premium: 44 suites, 50 loge boxes and 2,000-plus club seats The University of Texas officially broke ground this week on Moody Center, the school’s new $338 million arena. A ceremony was held Tuesday (Dec. 3) to mark the occasion. The 15,000-seat venue is a partnership between the Big 12 institution, concert promoters Live Nation and Austin-based C3 Presents, and facility developer Oak View Group, which owns VenuesNow magazine.  In addition, actor and Texas alum Matthew McConaughey is serving as a project consultant. His title is “minister of culture” with input on facility design to help create a strong connection between the university and the city of Austin. The new facility is the future home of Texas men’s and women’s basketball, plus concerts, graduations and other community events. Early in the […]
To access this post, you must purchase Subscribe to VenuesNow – 1 Year, Subscribe to VenuesNow – 2 Years or Subscribe to VenuesNow – 3 Years. If you are already a member of VenuesNow, please login here: log in