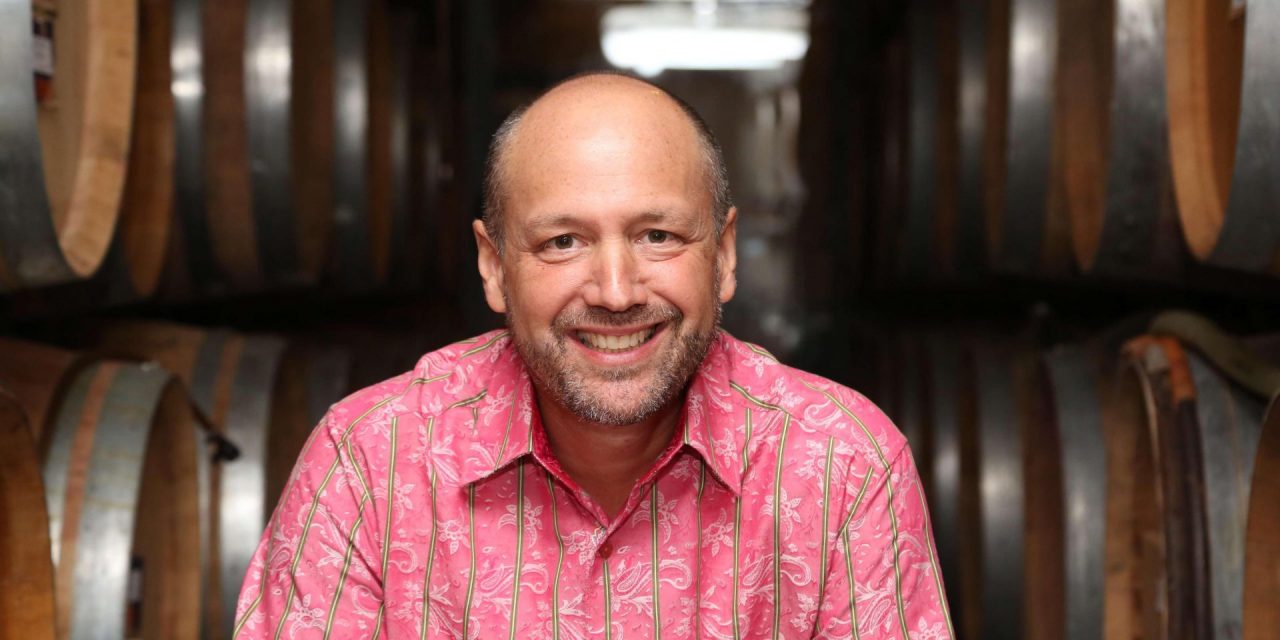 The Recalibration: How the Shows Can Come Back

Six months ago, I published my first book, “Indulge Your Senses,” to advance the thesis that our culture’s overdosing on screens and gadgets has deepened our need for social gatherings and sensory experience. That philosophy drove my business plan to stage concerts in an intimate, 300-seat setting with close-up views of the artists, state-of-the-art acoustics, and the delicious aroma of food and wine made right on the premises, creating a magical experience that can’t be replicated with ones and zeros. Over the last decade, City Winery has grown from our original Manhattan venue to 10 locations from Chicago to Boston to Nashville and nearly $100 million in revenue and I was busy raising money to expand to 50 locations over the next five years.

We all know what happened next. In March, just as I was putting the finishing touches on our new $18 million flagship club at Pier 57, 15th Street and the Hudson River Park, a deadly virus struck. Initial symptoms included a loss of one’s senses — smell, touch, and taste for starters — and public gatherings suddenly became potentially lethal. We had to immediately shut down all our clubs and lay off most of our staff. Desperate to save City Winery, I arranged daily Zoom calls with my management team and tried to stay sane with online drinking sessions with old friends. Like most of us, my contact with the outside world became only digital: attending Zoom Passover seders and even burying my aunt and attending her memorial service in Milwaukee via my laptop.

Staying home with my family in the Hudson Valley, I began to wonder if my book’s thesis was dead wrong — and a shaky foundation upon which to build a business. As we adjust to socializing with screens, as sports teams consider reopening to empty stadiums, as concerts are canceled indefinitely, as health experts warn of an even bigger outbreak next winter (not to mention future pandemics), it seems fair to wonder if we are witnessing the end of live entertainment as we know it.

My mind raced with worry: Will people ever feel comfortable in crowded spaces again? Can we ever bring ourselves to push our way onto a crowded subway or train or squeeze into a cramped airline seat? Will we tolerate bouncers at clubs aiming a thermometer at our heads like a loaded gun and demanding proof of antibodies? Will I even have a business if I have to cut our 300-seat capacity in half or even less with large empty spaces between tables? Should we consider livestreaming shows to bring in additional revenue? Or would that ruin the intimate relationship between artist and audience that we worked so hard to create?

I desperately want to believe that the basic human need to congregate, to experience art and entertainment in large and small groups, will ultimately prevail. But with a vaccine at least 12 to 18 months away, the question that haunts me today is how the hell do we get there? Unlike the airlines, there are no bailouts for live-entertainment industry — but, I would argue, we are just as essential to the human adventure.

As I scramble to keep my company afloat, some ideas that give me hope have bubbled to the surface. Before COVID-19, the concert industry was a delicate ecosystem among artists, their fans, and venues from stadiums to hole-in-the-wall bars. Always existing in precarious balance, that ecosystem has now been decimated as our industry has ground to a halt. Rebuilding it presents a huge challenge, but it also presents a tremendous opportunity to help us rise up again, better than before.

Over the years, three major forces have conspired to create the situation we find ourselves in today. First, the digitization of music created more value in the live concert experience, first with Napster killing the recorded music business and now the viral pandemic making people realize that watching the Rolling Stones playing on a screen from four different locations in their pajamas is a poor substitute for the real thing. Music fans are yearning for the day when they can go meet their friends in a stadium or club, have a few drinks, and get the adrenaline pumping. 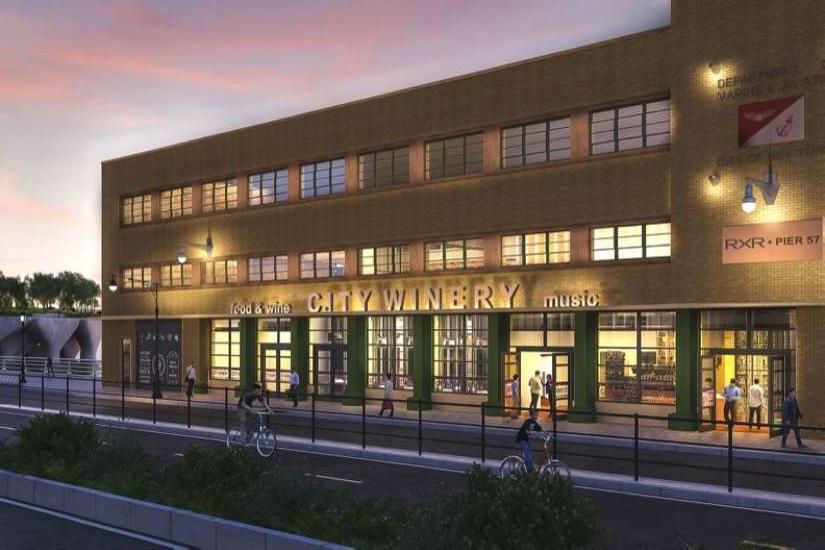 ALMOST HOME: City Winery was preparing to open its new location at Pier 57 in New York City, shown in a rendering, when the pandemic prompted closures nationwide. (Courtesy City Winery)

Second, the duopoly of the concert promoters Live Nation and AEG has led to a huge inflation of ticket prices and artist fees. By trying to outbid each other in the festival world, headline artist prices have skyrocketed, with the associated costs (including high ticketing fees by those same companies) being passed on to the fans, many of whom are now jobless and suffering financially thanks to the national shutdown.

Third, the cost of real estate has quadrupled over the last decade in urban centers where creative talent is born and nurtured in dense communities like New York, Los Angeles, Seattle, Chicago, Austin and Nashville. These high costs have caused a scattering of “scenes” at a time when the migration of recorded music from analog to digital severely reduced the income of artists and made them more dependent on live shows. Now the virus may be chasing people away from cities, scattering scenes even more, and adding urgency to the need to support the supply chain of new artists.

As each of these forces intertwine and conflict, concert promoters and club owners like me struggle with how to proceed. As April turns to May, everyone seems to be conceding that the summer concert season is shot (even if ticket money has not been fully refunded while shows convert from “rescheduled” to “canceled”– but that’s another story). Even the prospect of City Winery putting on shows this fall at 50% capacity in New York or Boston or Chicago is still up in the air. Though it’s hard for me to move forward with any certainty, it’s even tougher for the big tours, festivals, amphitheaters and stadium shows. For events of more than a thousand people, it’s becoming clear that the rest of this year is probably done, especially if we get a second viral wave in the fall. Sports will figure out a way to televise and play without a live crowd.  But concerts in an empty stadium? I don’t think so. Larger shows will move into smaller rooms when the economics make sense. When they don’t, those bands will pass on playing altogether.

Today, many artists are hungry to perform and their fans are ravenous to see them play. So we are working hard, trying to find a way to make that happen. Can we set up a room with a legal capacity of 1,000 in order to safely bring in 300 people with some social distancing, hospital-grade sanitization, safety protections and protocols for staff and audience, and put on a show that can provide even limited income for everyone and a great time for the audience?

These are questions for our industry to work out, but the only way to do that is with a major recalibration of the financial relationship among the various parties — artists, fans, and venues — and a large dollop of trust. Clearly, we all need each other and none of us can proceed alone. But to make a comeback, we need to keep our expectations aligned and work together to share the risk.  Flexible deals, essentially partnership relationships between the artists and venues, need to be created and reflected in new, adaptable ticket pricing.  Together, we will need to find ways to meet the new thresholds of legal, safe and efficient venue capacity that will likely change from month to month with the introduction of virus and antibody testing.

With a new spirit of cooperation, payouts to artists need to remain flexible until we are in a more stable period of “new normal.” Smaller audiences will mean lower food and beverage sales.  Lower revenue for venues will mean lower rent. Which means landlords will need to recalibrate their expectations and renegotiate lease terms. Developers, real estate investment trusts and banks all need to recalibrate their idea of acceptable return-on-investment and profit levels. Clubs like mine may have to give up earning profits for the rest of 2020 and even 2021,  but still put on shows for the benefit of our staff, the audience and the artists.

If this all sounds like a fantasy, perhaps it is. But extraordinary times require extraordinary measures, something we have seen during wartime and economic disasters that were no fault of the damaged parties. Without seizing this chance to change the way we operate, thousands of music venues, restaurants, bars, and live shows of all kinds will simply disappear. Though we have become used to some shocking things in our day, in the world of politics, media, and international affairs, this is not something we should ever accept. These are fundamental human needs that must be tended.

So let’s take advantage of this strange pause and reemerge in a better place for everyone. It will take level-headed flexibility, partnership and accepting that we cannot go back to the way the world used to be. That’s a hard pill to swallow, but we really have no choice. In the future, we will look back at this moment as “The Great Correction,” when we realigned society’s priorities. Just seeing televised images of reduced pollution in China and staring at the blue skies here in New York gives me hope that we can emerge from his horror movie with positive changes.

In my 35 years in the music business, from the Knitting Factory to City Winery, my venues have survived September 11th, the Great Recession, blackouts, hurricanes, earthquakes and more. We can get through this trauma, too, even if it’s well into next year before we see bands playing to semifull houses. Back when the digital revolution upended the music industry, artists changed their business model to rely more on live events, which became a coveted luxury experience for their fans. Today’s existence of being trapped at home for months, alone with our devices, will only magnify that trend. When we get to the other side, there will be huge pent-up demand from people desperate to get out, see their friends, and indulge their senses — and we’ll be there to welcome them with open arms (and maybe a themometer gun).

Michael Dorf  is the founder and CEO of City Winery. He formerly ran the Knitting Factory.

This post originally appeared at Pollstar.com. Pollstar welcomes a diversity of opinions from across the live business, which solely represent the views of the writer and not necessarily the publication. Please send all submissions and comments to the editor at editorial@pollstar.com.