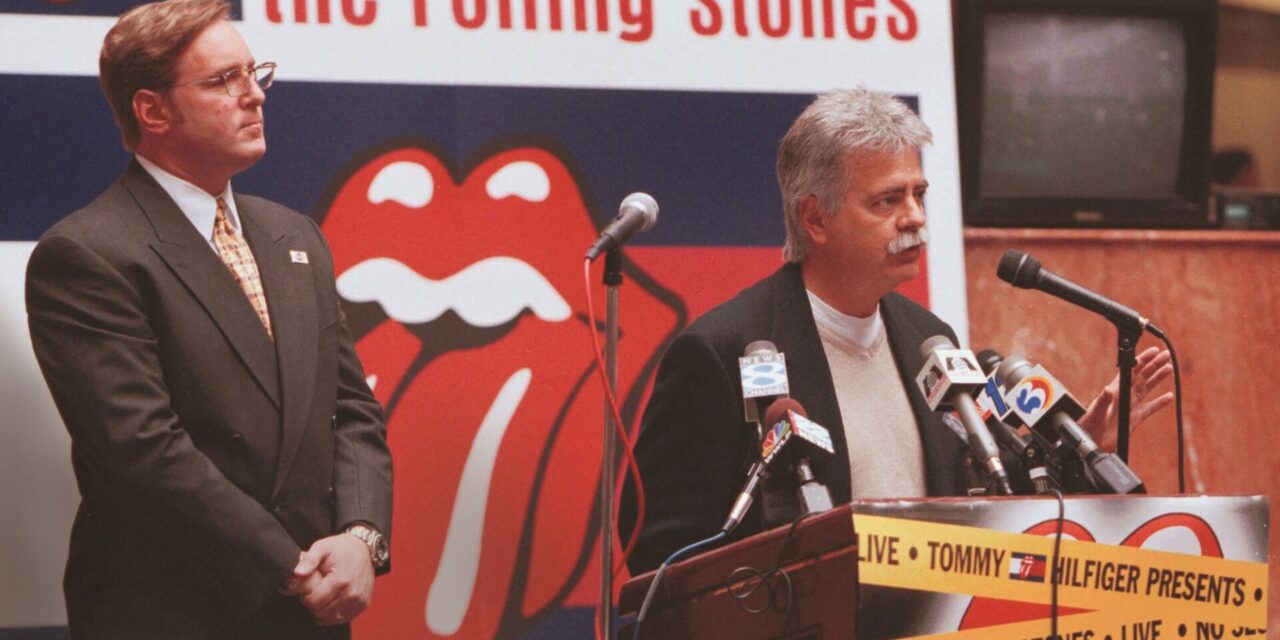 Start Me Up: Jimmy Koplik, at the time vice president of Delsener/Slater Enterprises, announces the Rolling Stones’ “No Security” tour date for the Hartford Civic Center, which they played March 28, 1999.  AP Photo/John Spivey

Jimmy Koplik braced himself for the punch. It was the 1980s and Koplik, the veteran concert promoter, was chatting with Graham Nash backstage before a Crosby, Stills & Nash show in Springfield, Massachusetts.

David Crosby appeared in the dressing room, recognized Koplik and charged at him.

“I was sitting there talking with Graham, one of the nicest human beings who ever lived,” Koplik said. “Thankfully, he got between us to stop it. I was never going to hit David Crosby. You don’t hit an artist; you’ll be out of the business. I was just going to cower and take whatever beating I was going to get.”

It’s one of many colorful stories shared by Koplik, one of the true pioneers among concert promoters. He’s part of the 2021 class of the VenuesNow Hall of Honor, our publication’s version of a lifetime achievement award in the live entertainment industry.

The backstory with David Crosby is that he never forgot about Summer Jam West, a show set for Aug. 3, 1974 at Ontario (California) Motor Speedway. Crosby, Stills, Nash & Young was to headline a blockbuster bill with The Beach Boys, Joe Walsh, Jesse Colin Young and The Band, but the show was canceled.

Long story short, Neil Young was hanging out in England with actress Carrie Snodgress, his girlfriend at the time, and he didn’t want to come back to the U.S. to play the gig. Everyone knows CSN is a totally different group than CSNY. Koplik, promoting the show with Shelly Finkel, his business partner at the time, scrapped the event. To recoup their investment, they sued all four members of CSNY for $50,000 apiece, a lot of money in those days.

They all paid up except for Crosby, whose argument was that he was willing to perform at the racetrack and shouldn’t have to reimburse the promoters.

The Crosby incident stands out because those who know him best never had a cross word to say about Koplik over his 53 years in the business. He may be the nicest concert promoter who ever lived. Call it Connecticut Nice for the longtime state resident.

“Jimmy is a lovely human being,” said Jonny Podell, a former agent who booked every Allman Brothers Band show over their 45 years as a touring act. Koplik, a huge fan of the group, promoted 57 of those dates. “He always gave you an honest conversation. There were plenty of times I would call Jimmy and say, ‘I’ve got this show, here’s the price, what do you think?’ (He’d say) ‘Nah, I don’t think it’s gonna happen Jonny.”

“He was able to do that without me getting cantankerous because I didn’t like to be told no,” Podell said. “He knew his market. That’s how he’s still thriving after all these years in this business. He’s able to say no and he’s usually right.”

*****
Koplik, 72, has thrived long enough to promote roughly 15,000 concerts since the late 1960s. It’s a mind-boggling number and just a guess, he said. All told, his longevity, passion for live music and a steady demeanor have paid off for “Mr. Connecticut,” as he’s affectionately known in the industry.

“Jim is a legend and a visionary who always put the artist’s interests first,” said Don Law, a legendary promoter himself in Boston. “He’s been an enormously popular figure in the music business.”

At the time, Light had just started as an agent with ICM and drove up to New Haven a lot to cover shows.

“The first thing I noticed about him, and he’s never lost it, is he was a music lover first and a businessman second,” Light said. “I’m the same way and felt a kinship toward him. When you start as a music fan and then make it your business, you have a foot up on everybody else.” 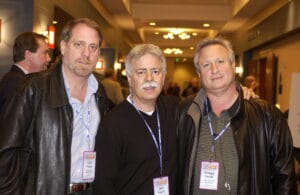 His colleagues point to Koplik’s even keel. He’s a mild-mannered person entrenched in a volatile business fraught with clashing egos and one-upmanship over deal points between agents, artists and promoters taking risk.

“From all the time I was an agent in the Northeast, which was 25 years, I don’t ever remember ever having a fight or either of us raising our voice in a conversation,” Light said. “I can promise you that’s not true of many promoters.”

Those positive traits go a long way, said John Huie, an agent with CAA Nashville. “Jimmy has it in spades,” he said.

Charlie Brusco’s relationship with Koplik goes back to 1975. Brusco, an artist manager with Red Light Management in Atlanta, remembers Koplik helping him build the career of The Outlaws when they broke through nationally, in part through his strong relationships with FM radio stations such as the old WPLJ in New York that bled into Connecticut.

At the time, Brusco was their manager.

“Jimmy’s been a solid guy in a business where it’s tough to remain that way,” Brusco said. “He was one of those guys that made you feel good about being on the road and on his home turf. The minute I told an artist it was a Jimmy Koplik show, smiles would come over their faces.”

In turn, Koplik always has a smile on his face to prove his point with kindness, said fellow promoter Louis Messina, president and CEO of Messina Touring Group/AEG Presents.

Koplik and Finkel played supporting roles as co-promoters with Messina when he was held hostage by some wiseguys financing a 1974 Led Zeppelin concert in West Palm Beach, Florida. But that’s another story.

*****
Koplik may be the man of steel, but on occasion he’s been felled by kryptonite. 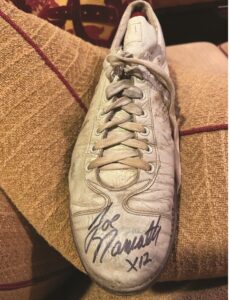 Over the course of his lengthy career, Koplik has experienced many profitable events and some noteworthy flops. Take the first show he promoted, for example, as an Ohio State University student in Columbus, Ohio.

In the summer of 1968, Koplik was head of Students for Kennedy for the state of Ohio, a group stumping for presidential candidate Robert F. Kennedy. He set up bus rides to Indiana and Kentucky for Democratic primaries.

After RFK’s assassination, Koplik and Jerry Lemler, his best friend from high school, took a giant leap. Lemler went to college in Tennessee and knowing Koplik’s love for rock music, he suggested they become concert promoters.

“He had a much bigger set of balls than I did, but it sounded like fun,” Koplik said.

Back then, the concert biz was wide open and ripe for young entrepreneurs like Koplik to carve a niche in the business. The only agency he had ever heard of was William Morris, so he went to New York and met with a young agent named David Krebs, who went on to manage Aerosmith and AC/DC.

“He sold me Steppenwolf,” Koplik said. “It was a $3,500 guarantee. I remember it well. I went home and sold my bar mitzvah stock, which was AT&T at the time, put up the deposit and did my first concert.”

“Magic Carpet Ride,” Steppenwolf’s second single, was out at the time and would peak at No. 3 on Billboard’s pop chart. Koplik saw dollar signs and thought he would make a lot of money.

As it turns out, that wasn’t the case.

“They tried to destroy me right away by putting The Doors in for two shows the next day (at the same venue) and Peter, Paul & Mary, who were big at the time, for the following day,” he said. “What should have been a sellout became a break-even show.” 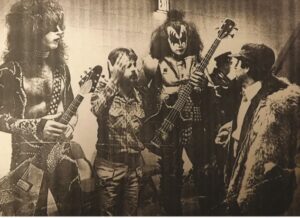 After licking their wounds, Koplik and Lemler signed a deal with the Belkins to co-promote shows for three years in Columbus.

The die was cast. Koplik eventually plunged into concert promotion as a full-time job.
There were some forks in the road along the way.

Koplik grew up in Westchester County, New York and planned to be a dentist like his father. In the 1960s, Ben Koplik was a “Park Avenue dentist” in New York City with a star-studded list of patients that included Broadway actors Liza Minnelli, Robert Morse and Charles Nelson Reilly.

Ben also served as team dentist for the NFL’s New York Jets. As a teenager, Jimmy got to sit on the Jets bench for home games at Shea Stadium and rub elbows with the likes of future Hall of Fame quarterback Joe Namath.

“I was aware of the entertainment world at a very young age, but it had nothing to do with why I went into the business,” Koplik said. “My love of rock music is really how I got started. I became a music fanatic in 1964 when the Beatles came out.”

Ben told Jimmy he would always have a space reserved in his office for when Jimmy became a full-time dentist.

Jimmy completed 37 of the 40 required hours of science courses, but he couldn’t get past organic chemistry and gave up on becoming a dentist. He turned to pre-law and it was during that period he began promoting concerts.

Koplik’s career took off after partnering with Finkel in the early ‘70s. Up to that point, they had been competitors in Connecticut. After one year of juggling law school with his side job, Koplik became a full-time promoter.

Together, Koplik and Finkel produced the biggest concert in U.S. history, the 1973 Summer Jam at Watkins Glen that drew an estimated 600,000 at the New York racetrack.

The two were partners for more than 25 years before selling their business to SFX Entertainment in 1998 as part of the consolidation of regional promoters into one entity that evolved into Live Nation.

“I have two philosophies of friendship and they seem to have stood the test of time,” Finkel said. “One, over time, you know who your friends are; and two, when your back’s to the wall, do you two stick together? Those two criteria for Jim and I come up with aces.” 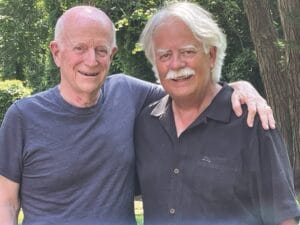 These days, Koplik still books a few shows in Connecticut, including the new Hartford HealthCare Amphitheater, the retrofit of a minor league ballpark in Bridgeport (see sidebar). His son, Jeremy, handles most of those responsibilities out of Live Nation’s Connecticut office at the Toyota Oakdale Theatre in Wallingford.

“We have a deal; if the artist is over 70 years old, I get to book it,” Jimmy said. “If they’re under 70, he books it. I was disappointed to see that Kevin Cronin was only 69, so he promoted REO Speedwagon last summer, the opening show in Bridgeport.”

Jeremy has been with Live Nation for 20 years after working there part-time as a college student. The younger Koplik set his sights at an early age on being a promoter. He grew up hanging out backstage at concerts and those experiences became a part of his daily life.

“At my bar mitzvah, I remember there was a video asking me what I want to do when I grow up and I said, ‘I want to take over my dad’s company and fire him,’” he joked. “It’s not even a business, so to speak. It’s what I’ve known.”

Jeremy competes hard as a promoter to get the best deal and doesn’t accept agreements so easily, Jimmy said.

“Jeremy really has moved the business up much better than I could have,” he said. “He loves it. You’ve got to live the business and he does. He’s a better booker than me; he does better deals than I would make.”

“It’s not the same business I grew up in,” he said. “I study what Michael does; he’s brilliant. I’ve got another year and a half on my contract and if I’m lucky enough and still want to do it and if Michael’s OK with it, I want to stay involved.”