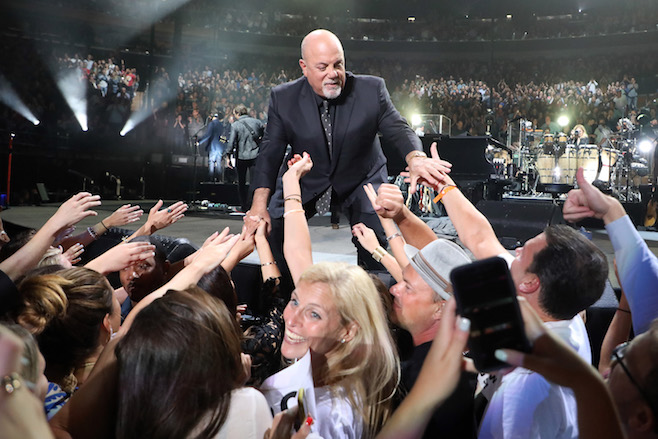 Billy Joel greets his fans during a show at NYC’s Madison Square Garden. (Getty Images) Two top spots for MSG Live shows MSG Live-promoted shows topped two of the categories on this week’s Hot Tickets chart. Billy Joel led the way, with a show at NYC’s Madison Square Garden landing on top of our More Than 15,000 Capacity chart. Joel grossed $2,433,563 and played to 18,462 fans. The ticket range was $65.50-$149.50. Cirque du Soleil’s entrance into the holiday market with “Twas the Night Before” is a success. Nine shows at the Chicago Theatre earned $2,248,527, which landed the new touring family show at No. 1 on our 5,000 or Less Capacity chart. Over 31,000 fans attended the shows, which had a ticket range of $30-$125. HOT TICKETS is a weekly summary of the top events and ticket sales as reported to VN Pulse via Pollstar. Following are the top […]
To access this post, you must purchase Subscribe to VenuesNow – 1 Year, Subscribe to VenuesNow – 2 Years or Subscribe to VenuesNow – 3 Years. If you are already a member of VenuesNow, please login here: log in