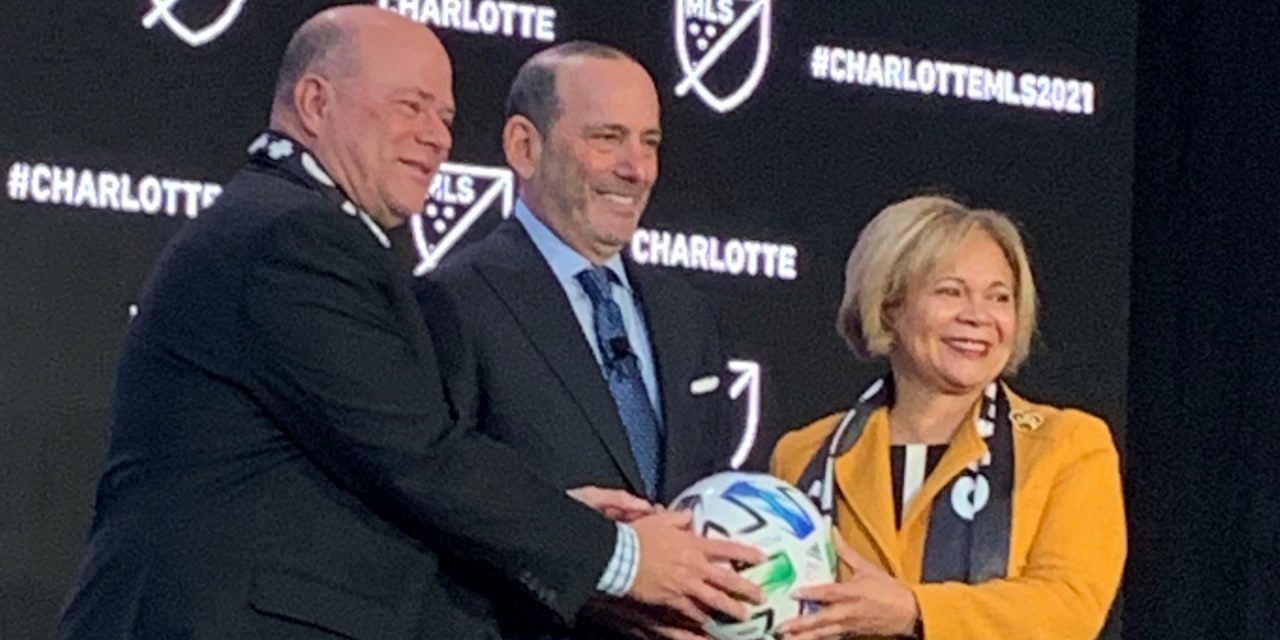 Team owner David Tepper, MLS Commissioner Don Garber and Charlotte Mayor Vi Lyles at the announcement Tuesday. (Don Muret / Staff) Expansion team will play in NFL stadium rather than build new CHARLOTTE, N.C. — Major League Soccer on Tuesday officially announced that its 30th franchise will start play in North Carolina’s biggest market in 2021. A raucous crowd, energized by supporters groups chanting and beating drums, cheered MLS Commissioner Don Garber, team owner David Tepper and Charlotte Mayor Vi Lyles as they made the announcement at the Mint Museum Uptown. Tepper, owner of the Carolina Panthers, has reportedly committed to paying a league-record $325 million expansion fee after a fast-track process for a club to play in Bank of America Stadium, which will undergo a retrofit to accommodate the sport. For MLS, it’s a departure from a league going through rapid expansion and facility development. Over the next five […]
To access this post, you must purchase Subscribe to VenuesNow – 1 Year, Subscribe to VenuesNow – 2 Years or Subscribe to VenuesNow – 3 Years. If you are already a member of VenuesNow, please login here: log in