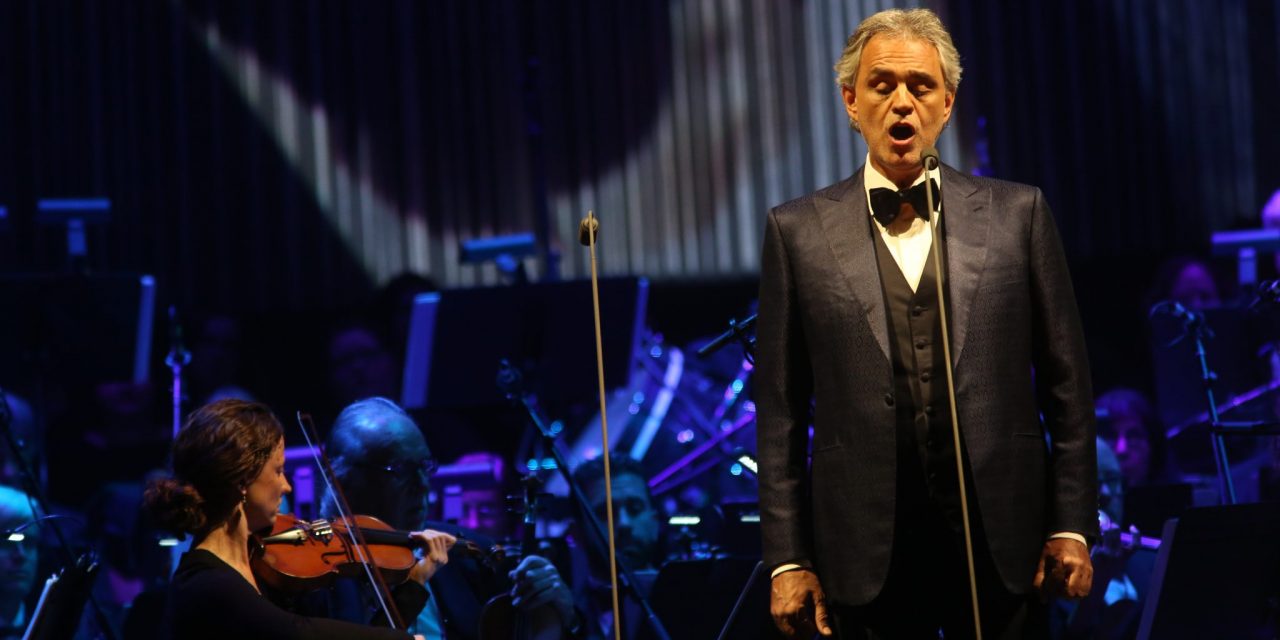 Andrea Bocelli serenades the crowd at the Frank Erwin Center in Austin, Texas. (Scott Moore)  Italian opera legend Andrea Bocelli has been topping charts and filling venues across Africa, Europe, the Middle East, and North America since he began his 2019 tour. The famed tenor’s stop at Sacramento’s Golden 1 Center in California was no exception and landed atop our More Than 15,000 Capacity chart this week, grossing $2,468,049. Attendance was 12,228, and the ticket prices ran from $80 up to $360. Gelb Productions promoted. Vegas is gaga for Gaga. The multitalented pop star took the top three spots on our 5,001-10,000 Capacity chart this week with nine shows at Park Theater at Park MGM in Las Vegas. Together the shows grossed a stunning $13,549,061. Over 48,830 saw the pop star perform. The ticket range was $90-$551. The shows were promoted by Live Nation with in-house assistance. HOT TICKETS is […]
To access this post, you must purchase Subscribe to VenuesNow – 1 Year, Subscribe to VenuesNow – 2 Years or Subscribe to VenuesNow – 3 Years. If you are already a member of VenuesNow, please login here: log in