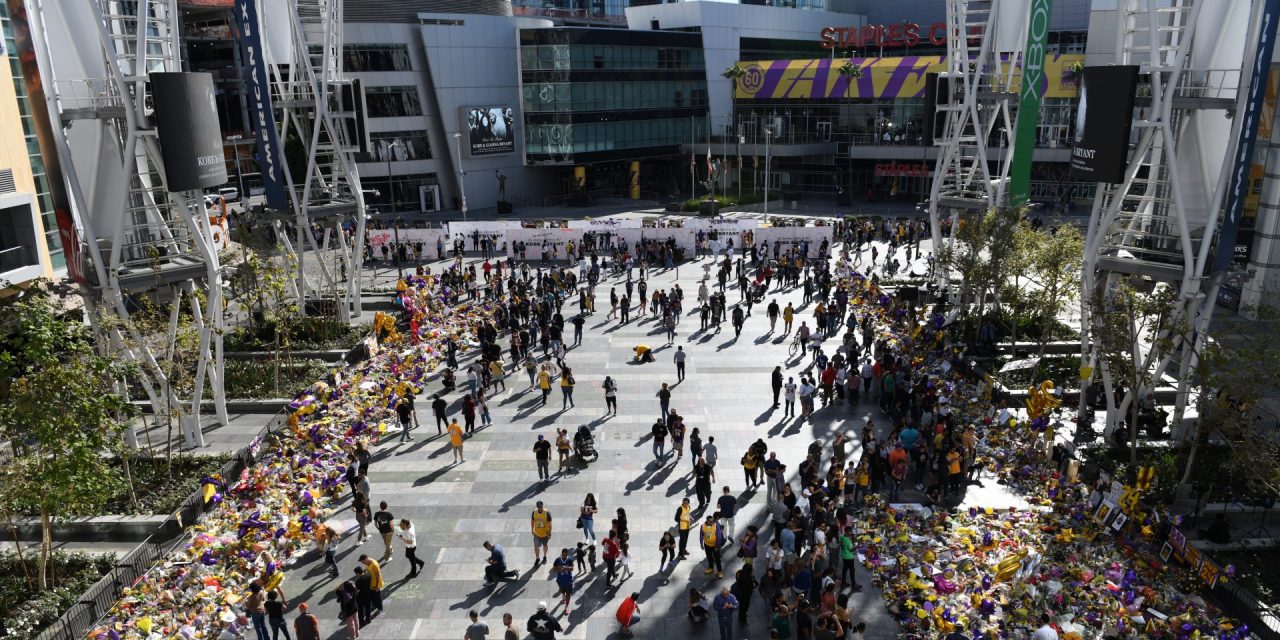 SHOW OF EMOTION: The makeshift memorial to Kobe Bryant grew next to Staples Center and L.A. Live in downtown Los Angeles. (Courtesy Staples Center) The scene surrounding Staples Center on the night of Jan. 26 felt almost like a surrealist film. Patrons dressed in gowns and tuxedos made their way through a maze of barricades down Figueroa Street, West Olympic Boulevard and Chick Hearn Court surrounding the entirety of the L.A. Live complex for the 62nd annual Grammy Awards. There was a heavy police and media presence, heavier than usual as this Grammys had a taste of controversy tied to it. In the 10 days leading up to “Music’s Greatest Night,” the Recording Academy’s first female CEO was placed on administrative leave following accusations of misconduct, which resulted in countercomplaints of alleged misconduct. Earlier that day, though, something of far greater impact suddenly eclipsed all else, and throngs of despondent sports […]
To access this post, you must purchase Subscribe to VenuesNow – 1 Year, Subscribe to VenuesNow – 2 Years or Subscribe to VenuesNow – 3 Years. If you are already a member of VenuesNow, please login here: log in