Huss Brewpub Off To Frothy Start 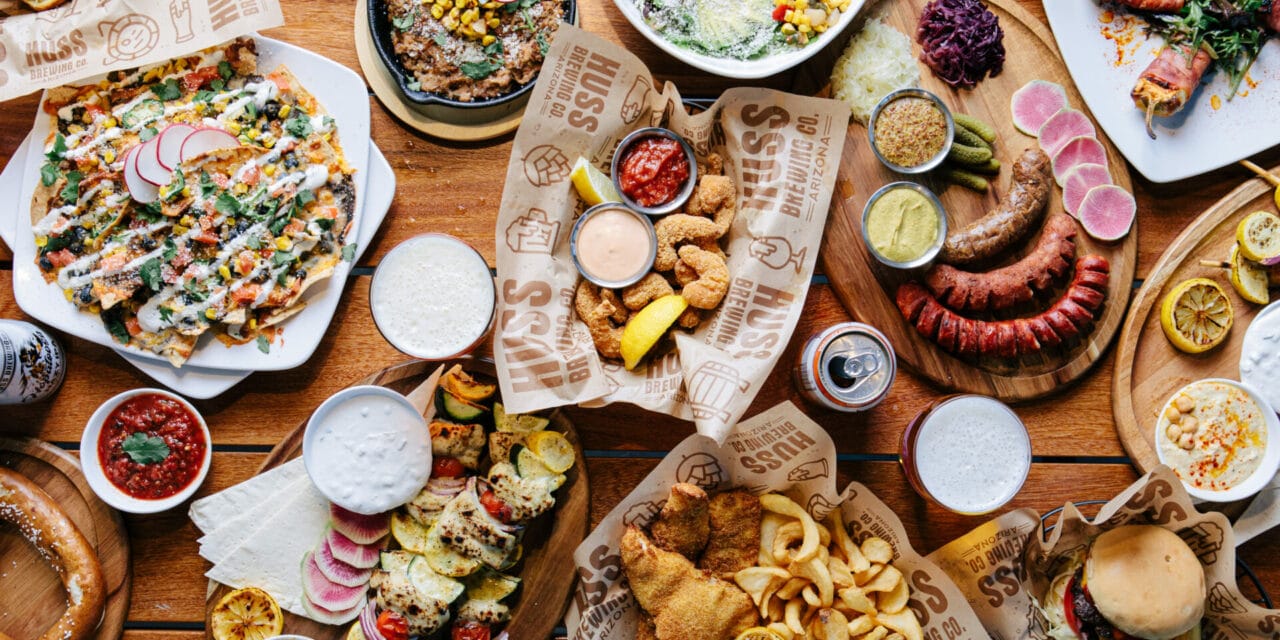 Craft beers and German- and pub-style fare are featured at the Huss Brewpub. (Courtesy Aramark)

Eat, Drink and Do Business at the Phoenix Convention Center

The new Huss Brewpub at the Phoenix Convention Center has been well-received since its April opening, according to an official with the venue’s food, beverage and catering partner Aramark.

The 3,500-square-foot, 170-seat brewpub, which was constructed on Monroe Street on the north side of the convention center between Second and Third streets, is an indoor/outdoor affair with a taproom and restaurant. Food and beverages, including beer, are also offered on a to-go basis.

The brewpub’s first big test came during the May 27-29 Phoenix Fan Fusion pop culture convention, which drew hundreds of thousands of visitors to downtown Phoenix.

“It was the largest public show that we’ve had in a long time and (the brewpub) was booked the whole time,” Lazor said. “I had a meal there just to experience it during a busy time and talked to some of the guests and they were just so excited that there was something right at the convention center and they didn’t have to go far.”

The brewpup, which was developed in partnership with Tempe-based Huss Brewing Co., Arizona’s second-largest craft brewery that’s owned by founders Jeff and Leah Huss, was in high demand when the exhibit floor closed at 7 p.m. during Fan Fusion. 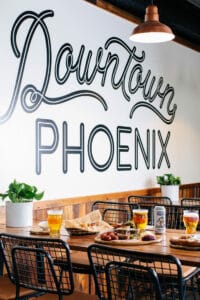 “I wish I had taken pictures of the line to enter the brewpub,” Lazor said. “Everyone just poured in to experience it.”

On most days the brewpub serves lunch and dinner and generally stays open until 10-11 p.m., with hours extended to include breakfast and late night patrons depending on what’s happening at the convention center and the rest of downtown.

Lazor said the idea of bringing something like the brewpub had been contemplated for years, since the expansion of Phoenix Civic Plaza, which originally consisted of the convention center and 2,312-seat Phoenix Symphony Hall when it opened in 1972. The Phoenix Convention Center and Venues now also includes the historic 1,364-seat Orpheum Theater Phoenix.

Lazor said a number of partners were explored, but the fact that Huss was “the epitome of local” and one of the most well-known breweries in the state, combined with the menu items ands ingredients and beer selections put them over the top.

Financial terms were not disclosed, nor was the cost of developing the brewpup.

“I can say this was a tri-party partnership between Aramark’s catering company Aventura, Huss and the city and everyone has skin in the game, so to say,” she said. “We own the rights, essentially, to all the food and beverage and this is something that we curated, we sought. We employ and partner with a lot of small businesses, local companies.”

“We always had the mantra and philosophy of this being a community center,” she said. “It was always meant to enhance the downtown corridor. That’s been our mission, to activate that area and service tourism and also our convention attendees.”

Aramark also operates the PHX Kitchens Downtown Food Hall at the convention center and has a Starbucks in the facility’s West Building, among its various offerings.

The design of the brewpub was altered during the height of the pandemic to add the dedicated take-out space, which helps capture some of the business that might be lost when all the seats are full, while also serving the growing downtown population, Lazor said.

The brewpub space can host private events as well and Aramark plans to show it off when the convention center hosts Venue Connect 2022, the International Association of Venue Managers 97th annual conference July 18-21.

The Huss arrangement could be a model at other facilities where Aramark runs the food and beverage operation.

“This is kind of a first of its kind,” Lazor said. “We’ve had a lot of activity downtown with the (NBA Phoenix) Suns and as the convention business has started to pick up a little bit, it’s been a great start.”