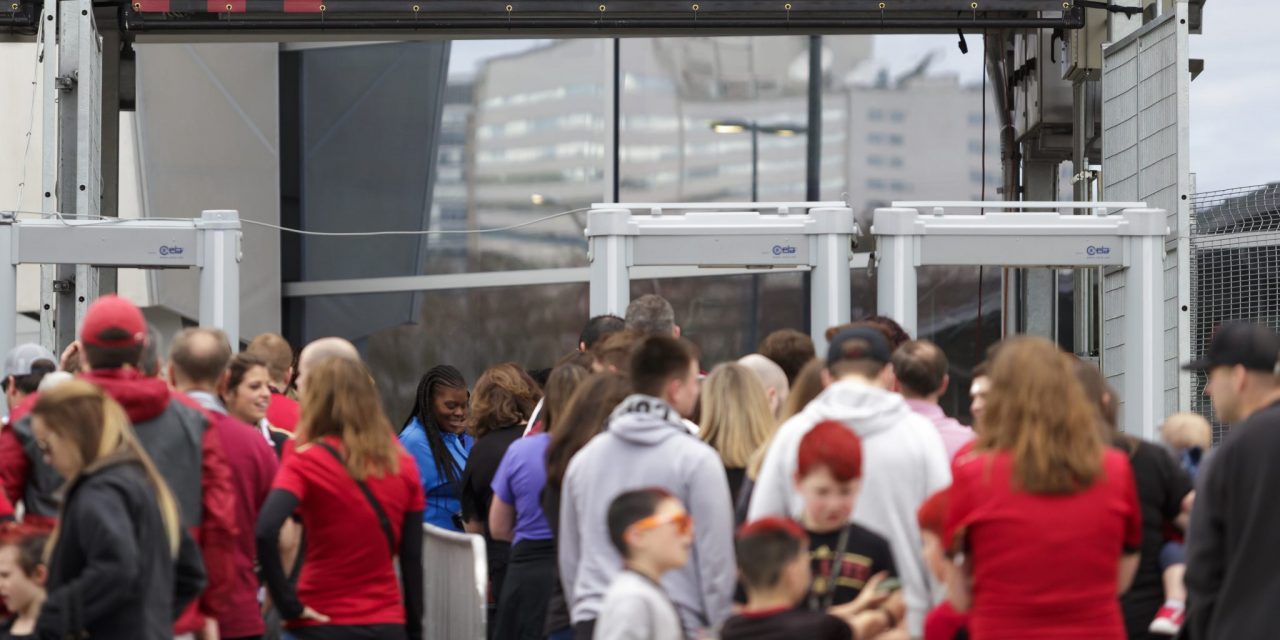 Walk-through metal detectors stand outside Mercedes-Benz Stadium in Atlanta. (Courtesy AMB Sports + Entertainment) Use expands beyond major league buildings, as next-gen technology nears its debut  Standing tall, often like a giant wall, are the latest versions of the gold standard in live event ingress security, magnetometers, known as mags in the industry and to the rest of the world as walk-through metal detectors.  The device has a long history. Alexander Graham Bell invented the world’s first metal detector in 1881 after President James Garfield was shot by an assassin and Bell hastily created a makeshift metal detector in an unsuccessful attempt to find the bullet. The first walk-through metal detectors were used in the 1920s to check convicts entering prison for weapons.  It wasn’t until the 1960s that metal detectors began being used commercially, mostly in airports. They didn’t catch on as a point-of-entry tool for venues until after […]
To access this post, you must purchase Subscribe to VenuesNow – 1 Year, Subscribe to VenuesNow – 2 Years or Subscribe to VenuesNow – 3 Years. If you are already a member of VenuesNow, please login here: log in