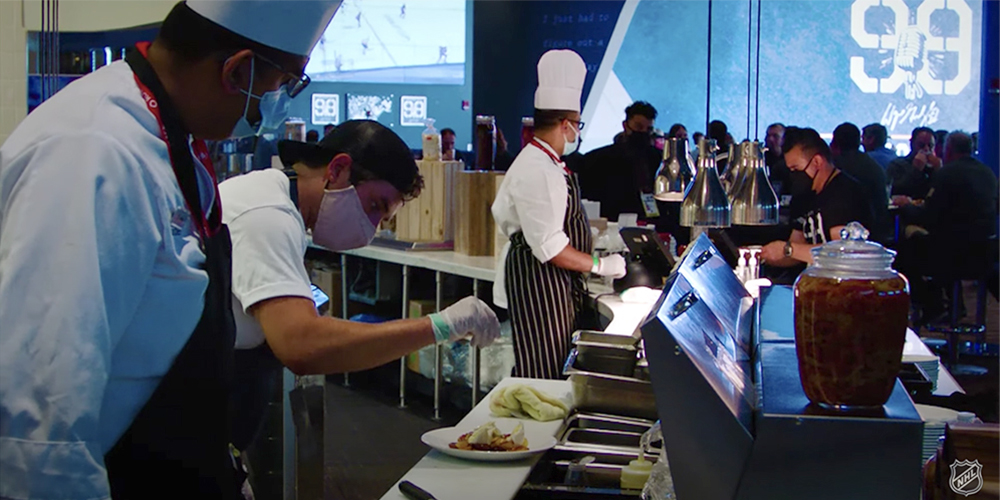 ICING ON CAKE: The Edmonton Oilers and Aramark teamed up for food service in one of two NHL hubs. (Getty Images) From celebrity chefs to employing new food preparation and safety protocols, Rogers Place and concessionaire Aramark have made the most of a tricky situation in hosting one of two National Hockey League playoff hubs. Jill Young, food and beverage director for Oilers Entertainment Group, said it was a tight window for preparations after arena officials were informed in July that Edmonton would host Western Conference playoff games and the Stanley Cup Finals. The season resumed Aug. 1 and was expected to wrap up in October. Officials initially transitioned from pandemic mode, with staff working from home, to preparing for 12 teams and 1,500 people between players, coaches, league support staff, security personnel and media. Each team brought roughly 50 people. Refrigerators and freezers were shut down since March and […]
To access this post, you must purchase Subscribe to VenuesNow – 1 Year, Subscribe to VenuesNow – 2 Years or Subscribe to VenuesNow – 3 Years. If you are already a member of VenuesNow, please login here: log in