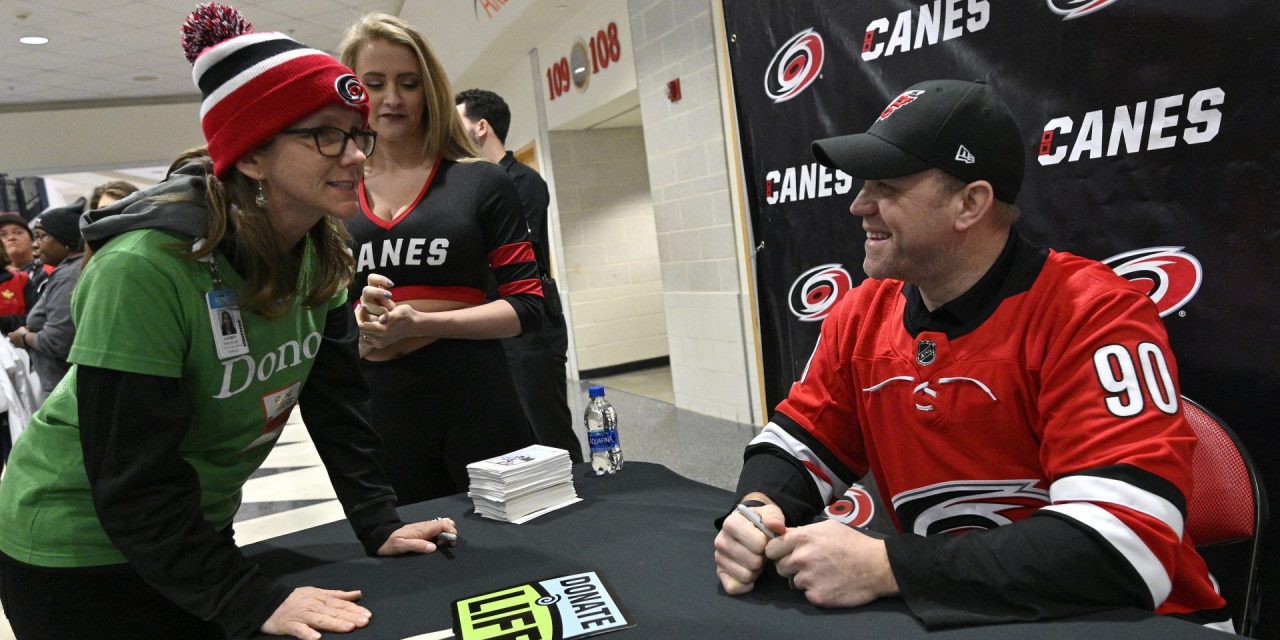 MAN OF THE MOMENT: Dave Ayres signs autographs at PNC Arena in Raleigh, N.C., at a Carolina Hurricanes game Tuesday. (Getty Images) Spectra arena ops manager Ayres is a ‘rink rat’ turned hero goalie Dave Ayres’ position as manager of operations at Mattamy Athletic Centre in Toronto took a back seat to his side job last weekend. Filling the role of NHL emergency goalie on Saturday night, Ayres skated into the spotlight at Scotiabank Arena. Working the net for the visiting Carolina Hurricanes after their two goalies were hurt, Ayres stopped seven shots in the third period as the Canes beat the Toronto Maple Leafs 6-3. The news of Ayres’ heroics lit up the sporting world and some of the nonsporting world, too. He made multiple national television appearances with stories posted on many websites. Along the way, though, some misinformation around his experience working at hockey facilities got into […]
To access this post, you must purchase Subscribe to VenuesNow – 1 Year, Subscribe to VenuesNow – 2 Years or Subscribe to VenuesNow – 3 Years. If you are already a member of VenuesNow, please login here: log in