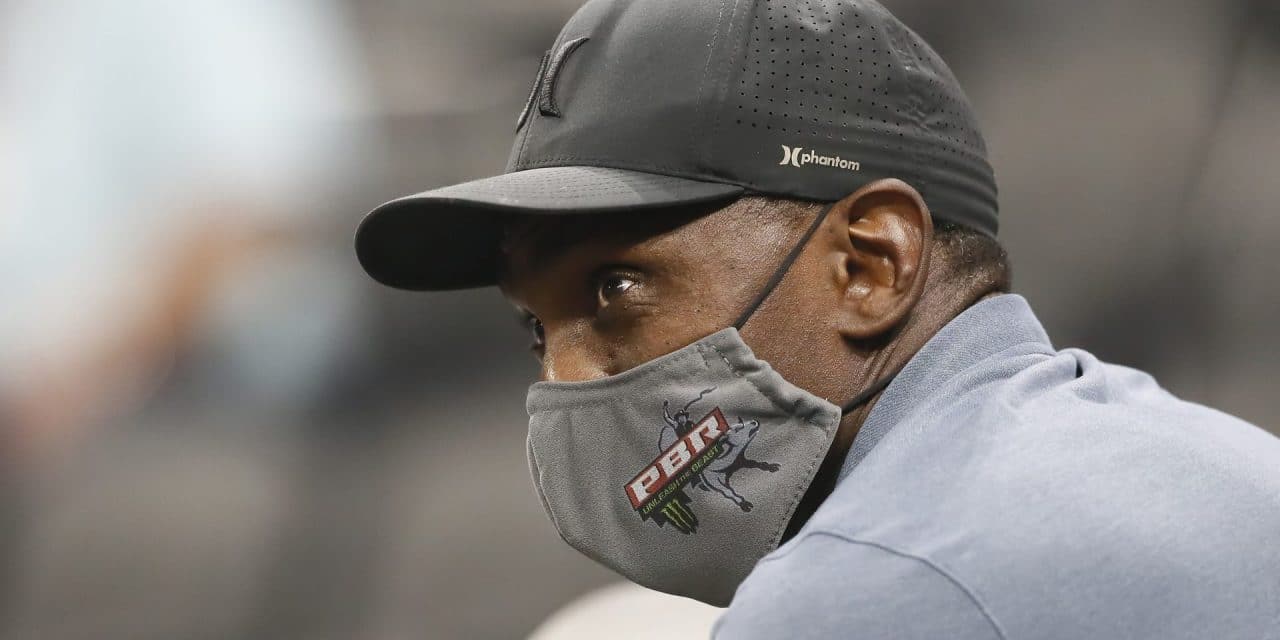 Being as “vertically aligned” as possible has been essential to getting back on track amid the coronavirus pandemic, says Kosha Irby, the Professional Bull Riders’ chief marketing officer and senior vice president of business development and consumer events.

Speaking during a panel discussion on “Strategies for Moving Forward Post-Pandemic” at this week’s Pacnet ’21 virtual conference, Irby said vertical alignment involves carrying “everything you need in the trucks that go along with the tour” for PBR, which in July became one of the first organizations to stage live events with fans present in North America since the COVID-19 shutdown.

“We have to be vertically aligned so we can create our bubbles wherever we go,” he said. “One of the promises that we made to every market that we visit is, ‘We won’t bring COVID into your market and we won’t take it on to another market,’ and the only way we can really and truly ensure that is by being vertically aligned, meaning that our riders, stock contractors, independent contractors, full-time employees and everybody associated with our tour can live within our constraints and live within our bubble requirements, which is being tested every three days, testing before you leave a market, testing before you enter a market, taking certain routes for transportation.”

The organization started a program called, “Be Cowboy Safe,” that involved sanitization; limits on ways people could travel to, from and between markets; and a strong testing regimen.

“We also understand what we don’t control, and try to work to create strategies to combat that as well,” Irby said, adding that PBR “had to reverse engineer and look into everything that went into our ecosystem” to cope with the existing crisis and “future-proof” tours going forward.

“Something else is going to come down the pipeline and take us to a screeching halt, and I know one thing. If it’s an airborne pathogen we are going to know how to deal with it a lot better than we did before this thing came along,” he said.

Effectively and appropriately communicating expectations and requirements, both internally and externally, is essential, said Christian Lewis, Paciolan senior vice president of business development, who moderated the panel. Pacnet is the annual conference of the Irvine, California-based ticketing and marketing company.

Externally, the list goes on and on, he said. “You’ve got your fans, your donors, your attendees, etc.”

Another panelist, University of Colorado Athletic Director Rick George, who was formerly with the Texas Rangers and the PGA Tour, said being transparent in communications with all constituents, starting with student athletes and their families, has been sometimes difficult but nonetheless essential.

From the outset, the Buffaloes’ athletic department put all communications on the subject of the pandemic and what was being done in terms of safeguards into emails sent to both the student athletes and their families.

“I’m proud to say today, almost 11 months later, the virus hasn’t gotten into our facilities and I think because of our transparency with our student athletes, our coaches, our staff and the families, there’s been a commitment from all of them to adhere to the protocols we put in place,” he said. “Along the way, our donors, they want to know what we’re doing so we’ve had a lot of outreach to them, a lot of (videoconference) calls. We’ve done Zoom happy hours and what have you that kind of give them an update on what’s going on here.”

He said learning how to do things remotely is going to be valuable moving forward.

“We’ve learned a lot through our ability to communicate with a variety of different constituents,” he said.

George said “being nimble and ready to adjust and move” has been an absolute requirement in the face of changing circumstances and health authority guidance and what’s known about the virus.

“We were allowed up to 500 fans at one point in football and the very next day after we announced that, the county comes back and says, ‘No, you can only have 175.’ And so we had to go out and change seats, and being able to communicate with our ticket holders and with our families and friends has been a challenge,” he said. “Having to be nimble has been really helpful for us.”

Panelist Mark Plutzer, senior vice president of ticketing with Major League Baseball Advanced Media, said MLB has paid close attention to other leagues and has worked closely with its own teams to streamline interclub communications by “breaking them into different buckets.”

“If it’s new sales for season tickets, if it’s single game tickets, if it’s premium sales reps, if it’s service, retention, whatever it takes, we’re trying to couple teams together in likeminded approaches. This way they can have conversations with themselves and really be able to use the time wisely,” he said. “This pandemic has given us the ability … to have more frequency in our communication, and we’ve taken advantage of that pretty steadily. We’re excited that’s going to be an opportunity for us that we are going to continue forward.”

When MLB games start and fans return in the coming months, front office staff will have less time to focus on conference calls, but “the process we’ve put in place is something we are going to continue,” he said.

Being able to see what’s working in one market can offer valuable lessons to those in others, he said.

Plutzer said the league brought together sales reps from different teams and facilitated communication between them and “from there we’ve turned into some level of career-slash-staff development where we’re able to get the junior people talking amongst themselves. They’re talking with other mid- to senior-level managers with different teams and, again, it gives them the ability to kind of, hopefully, position themselves better coming out of this.”

George said Colorado is waiting until March, when it is hoped there will better clarity on what kind of season the team can expect come fall, to go out with season ticket renewals. He said the Buffs have launched a new app that it developed with KPMG that includes tickets and all stadium details “that we think is going to add to the experience.”

“It went great,” he said. “Everyone’s nervous about doing something like that, especially when you’re opening a brand-new building (Globe Life Field in Arlington, Texas), and it worked out really well. It was a lot smoother than anything we’d ever experienced before.”

Understanding who’s coming to games is invaluable from a marketing standpoint, and more teams will be moving to mobile ticketing this year, Plutzer said.

“This upcoming season we are going to have a lot of teams that are going to shift toward this type of mentality, of 100% mobile,” he said. “We’re not in a position yet to mandate it leaguewide, but it’s certainly something we’re going to look at going forward.”