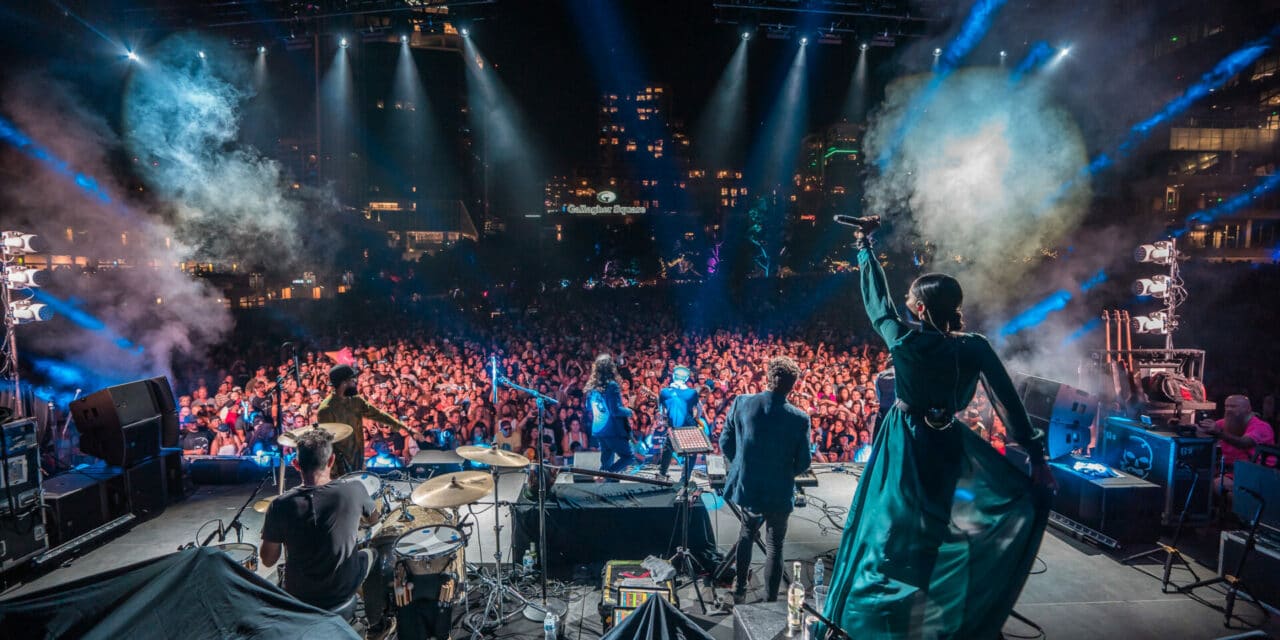 Four full venue concerts on the books so far

San Diego’s Petco Park, home of the MLB Padres, is the only stadium game in town at the moment, and the facility is taking full advantage of its competitive position when it comes to non-baseball special events.

The team could have finished the season stronger in 2021, but when it came to concerts at the nearly 18-year-old stadium, the latter half of the year turned out to be more robust than initially expected and 2022 is promising more of the same, says Jaclyn Lash, the Padres vice president, special events.

Garth Brooks’ sold out show on March 5 has set a ticket sales record previously owned by Paul McCartney, and stadium tour stops by Bad Bunny, Motley Crue and the Red Hot Chili Peppers have also been announced. The stadium has never had more than three full venue concerts in a single season.

The park’s Sycuan Stage in Gallagher Square, in an area formerly called the Park at the Park that since 2020 has been named for a casino/resort and a major insurance and risk management firm, gives Lash and company plenty of flexibility in hosting events of all sizes.

Lash spoke with VenuesNow, Pollstar’s sister publication, about the year gone by and the one ahead. 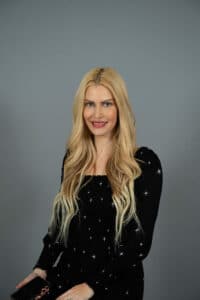 VENUESNOW: What kind of special events lineup does Petco Park have so far for 2022?

Jaclyn Lash: It’s shaping up to be our biggest year for special events on record. We currently have four full stadium shows booked with more that we expect to announce soon. We recently announced Bad Bunny as part of his “World’s Hottest Tour” (Sept. 17-18). That’s doing incredibly well. We also have Garth Brooks. We’re the only West Coast location on his stadium tour.

Who else have you got?

We also have Red Hot Chili Peppers. They’re coming with Haim and Thundercat, which is just a great lineup. That’s in July (27), and then we have the Motley Crue, Def Leppard,Poison, Joan Jett show also August (28). That’s a reschedule from 2020, so we’re excited tofinally have that one play here.

And there might be more added to the slate?

That’s right. We expect to have a couple more.n The record that we’ve had in terms of full venue concerts here at Petco Park is three. We’re now officially at four and like I said, we’re expecting a few more.

The first half was definitely tricky. We were able to do the first concerts in California, which we did in May. They were socially distanced. We had the Beach Boys and Ziggy Marley and those were really incredible because it was, again, the first time that live music was back in San Diego. But then we pivoted and had an incredible year. We ended up doing the Green Day “Hella Mega Tour.” We also have our Sycuan Stage in Gallagher Square. We’re really the only ballpark that has a secondary stage outside of the field. It’s a permanent venue right outside of our outfield wall on property, and so we did quite a few shows out there, I would say about 18 or so, including the Suicideboys tour, which sold out. We did Playboi Carti, which sold out. We did Taking Back Sunday. We’ve done a ton of EDM shows. It really ended up being a monster year for us and we did pretty much the same amount of business in those six months that we were allowed to be doing events than we did actually in 2019. It just shows that San Diego really wanted events back and we were able to welcome them back and get creative on how to still be safe and follow protocols while bringing back live events.

The Sycuan Stage is in an area that was known as the Park at the Park?

That’s right. It’s now called Gallagher Square. They have the naming rights on the space. It’s a 3-1/2 acre park. It has a permanent stage with an incredible rig system that withstands 100,000 pounds of production. We’ve just received a really incredible response to it. Artists love, love playing it. They can come down to the playing field and throw and catch before they perform.

Other than that space, do you have configuration flexibility within the bowl for smaller-sized crowds?

Absolutely. We feel like we are a world-class venue and what makes us unique is that we’rein the middle of downtown, which is really special for a ballpark, especially in San Diego. We’re a destination. We‘re right next to hotels. We’re really fortunate. So, what we try and do is be able to come up with configurations that work for everyone. Whether you have a crowd of 2,000 or 55,000, we can accommodate it. One example is we’re playing in the round with Garth so we got really creative on how to put the stage in the middle of this field. At the same time, aside from Gallagher Square, which can go anywhere from 2,000 to 10,000, we also can do a stage at second base either facing towards the stands so that you can do 18,000 there, or we can do one that’s facing out to the outfield and do 8,000 that way. We can accommodate any show between 2,000 and 55,000 and the reason for that is that we understand our business and we want to make deals that work for everyone.

Do you work exclusively with any promoter?

We do not. Live Nation has always been a very important partner and a strong promoter of the ballpark and we appreciate it. They’re just tremendous partners, but we work with all other promoters as well. We started working with Outback Presents this year, AEG and Goldenvoice. We’ve sort of done it all.

What kind of mix do you go for when programming the building beyond baseball?

We’ve seen success across all genres. San Diego has such a diverse population. We had Playboi Carti sell out in a matter of minutes. We’ve had the Stones sell out in a matter of minutes. We’ve had EDM sell out. It’s looking like Bad Bunny (will go clean). Across the board, whether it’s country, hip-hop, EDM, alternative, you name it, we’ve had great success. So, I like to take a look at who the artist is and make sure that it’s a good fit for San Diego, but our marketing department does such a terrific job. We consider ourselves an extension of the promoter. We work hand in hand to come up with creative content and ways to appeal to our database, which is pretty massive. We’re the only major league team in San Diego. We’re sort of the star of the city and when an artist comes to town and a promoter trusts us to host a show, we want to make sure it sells out every time and we get behind it, 100 percent.

Do you do any music show tie-ins with games?

Last year we did (Los) Tucanes de Tijuana. We did that as part of our Hispanic Heritage Weekend and that was just absolutely crazy. San Diego loves them and we did that post-game; it was included as part of the ticket. I would say that we had between 12,000 and 14,000. We saw that success, so we’re definitely considering doing more of that as part of games. The ones that make the most sense we’ll do.

Do all the major tours that come to LA come down to San Diego or does it require some effort to convince artists and promoters to head down there?

I call this the Disneyland for concerts and sporting events because when you come here it’s a really special experience. I think a lot of people seem to think that San Diegans would go to LA for a show. That couldn’t be further from the truth, in my opinion. San Diegans like to stay in San Diego. We are seeing more and more that promoters and artists are just starting to understand that and the way that we’re showing that is with our sales numbers. Even if there is an LA location, San Diego is still blowing it out and so is LA. I think it’s an entirely separate market and that’s really important to us to prove – that we’re not going to affect LA sales, we’re just going to be in addition to and we’re so close by so it makes sense for the artist to come. We don’t see ourselves as competition for LA or LA as competition for us. We just think we’re an incredible southern city to LA and that artists should absolutely play both.