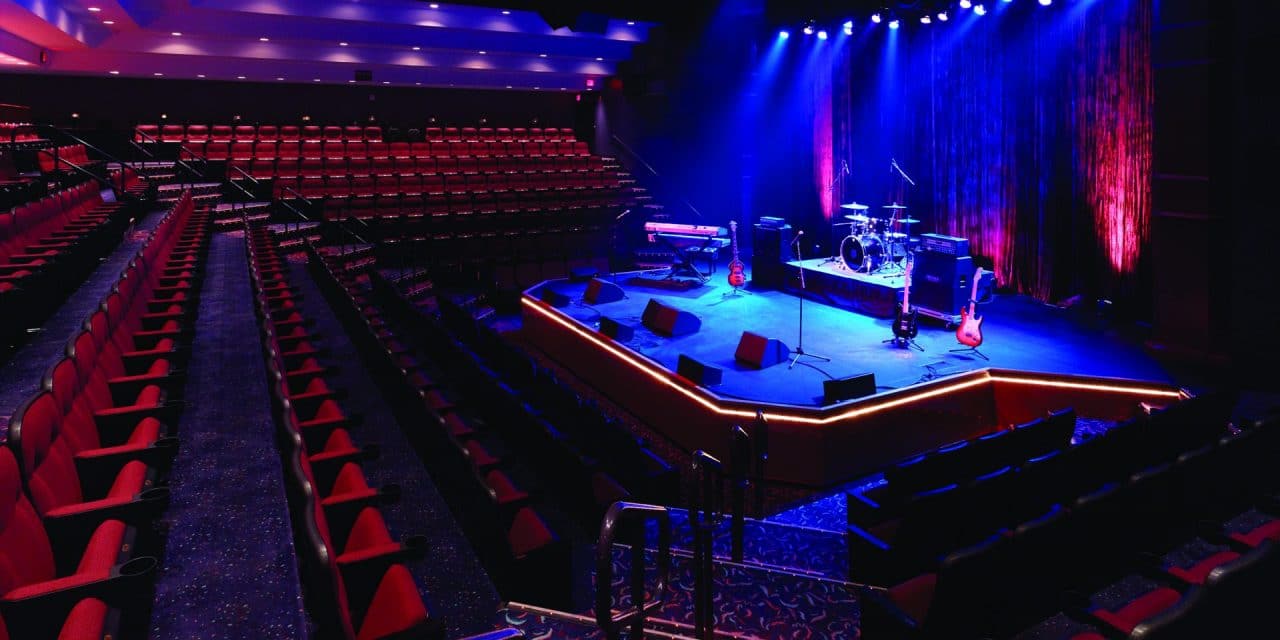 Seneca Resorts & Casinos, whose live entertainment offerings have been on hiatus for a year, has launched a virtual concert series with most of the shows prerecorded in the 440-capacity Bear’s Den Showroom at the Seneca Niagara Resort & Casino in Niagara Falls, New York.

The first episode of “Inside the Bear’s Den,” available free at SenecaCasinos.com, debuted March 19 with performances by Buffalo, New York-area duo OsbornNash and Nashville-based Alyssa Trahan. Some of the episodes, which also include interview segments, are being recorded in remote studios in locations including Nashville and Los Angeles.

“’Inside the Bear’s Den’ is an effort to keep Seneca Gaming Corp. entertainment alive while also enhancing the brand and venue awareness for the Bear’s Den nationally and internationally,” said Christian Printup, Seneca’s senior executive director of entertainment and special events. “And then, really the big thing, too, is to share the immense talent that we have here in Western New York.”

The shows give wider exposure to numerous artists who before the pandemic regularly performed on free stages in lounges at Seneca Gaming’s Niagara Falls property and the Allegany Resort & Casino south of Buffalo in Salamanca, New York.  “A lot of those folks depend on these weekly gigs,” Printup said.

He said the shows also shine a spotlight on the Bear’s Den, which he calls “North America’s premier small venue.”

“I haven’t found any artists (who have) played it who haven’t echoed that sentiment,” he said. “No matter where you sit, you’re no more than 40 feet from the stage.”

Each resort has a live venue called the Events Center; the capacity is 2,380 in Niagara and 2,232 in Allegany. In addition to the Bear’s Den at the Niagara resort, both properties have outside spaces that can handle 6,000 people for bigger acts like Kiss and Tim McGraw.

New episodes of “Inside the Bear’s Den” will be posted every two weeks.

Upcoming performers include Cami Clune, who appeared on NBC’s “The Voice,” and Gary Lewis, who was the last act to play the Bear’s Den before the pandemic struck, as well as local and regional acts that have been popular draws at Stir inside Seneca Niagara and The River Bar at Seneca Allegany, including Nerds Gone Wild, Jamie Holka & Bruce Wojick, XOXO Pop Band, Brother James, The Boys of Summer and psychic medium Tessa DelZoppo.

Meanwhile, Seneca Gaming is aiming for a return of live in the fall and has on the books a Southside Johnny and the Asbury Jukes show at the Bear’s Den on Oct. 9 and Aaron Lewis on Oct. 15.

“Things were really robust. We had a full season planned. Up until the shutdown the shows were meeting all goals. On Saturday, March 14, I had Aaron Lewis at Seneca Allegany on his bus and I had the Village People at Seneca Niagara getting ready to play the first of two nights at the Bear’s Den,” he recalled. “That’s when it became apparent that we just couldn’t do it. That was tough. I’m thankful that we have great talent buyers that we work with to help us bridge some of these reschedules. The agents that we deal with have all been understanding. Coming back, it’s a methodical, strategic plan to return to live entertainment.”

But even after live returns, Printup doesn’t expect virtual shows to go away.

“I think hybrid events are going to offer venues, artists, promoters a great opportunity in the future if they embrace the technology and they put the effort into creating a virtual experience for their live events that only enhances (them),” he said. “Call me a dreamer, but I envision a time when, if you want to be in person, be in person. Buy the in-person ticket and experience the show from that perspective.”

But for those more comfortable watching from home, an option for a virtual experience can benefit all parties, especially smaller venues with limited capacities and talent budgets, Printup said.

“If you can create something that can live digitally and bring people into that experience in real time, your venue is not dictated by the number of seats that are within those four walls,” he said. “That’s something my team and I are really exploring and embracing.”

The hybrid model makes particular sense for Seneca’s Niagara Falls property. The nearby waterfalls are an international tourist draw, and having the global reach of online shows can help put the resort on more travelers’ radar, Printup said.

“A lot of those people come from Europe and Asia, different parts of the Middle East, India, but we often don’t see them until they get here and they often don’t know about us until they get here,” he said. “Through virtual shows, hybrid shows and digital media marketing, we can reach people in advance through something like “Inside the Bear’s Den” to at least let them know we’re here before they make their travel plans to come visit Buffalo or Niagara Falls.”