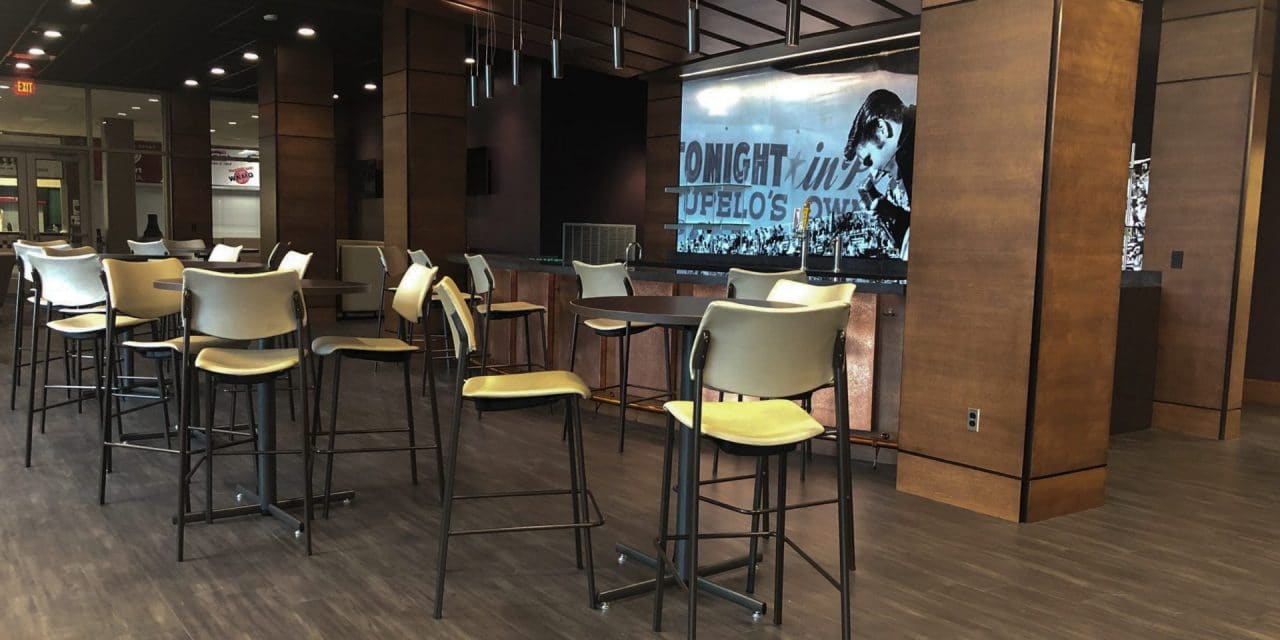 A new bar between the facilities is among the improvements at BancorpSouth Arena and Conference Center. (Courtesy venue)

With the recent completion of a $15.2 million renovation project, BancorpSouth Arena and Conference Center in Tupelo, Mississippi, is getting back to live events with a Parker McCollum concert set for Thursday night.

The 10,000-seat arena is also set to host matinee and evening Northeast Mississippi Championship Rodeo events on Saturday and an April 16 concert featuring Blackberry Smoke and the North Mississippi Allstars.

Indoor venues in Mississippi are allowed to operate at 50% of capacity, according to BancorpSouth Arena and Conference Center Executive Director Doug Johnson, who joined the facility in January after his predecessor, Todd Hunt, left to become a senior vice president with Venue Coalition.

“We’re kind of getting back into it,” Johnson said. “The city of Tupelo has a mask mandate and we’re a Tupelo building so that’s a little caveat we’ve got to watch, but as long as we’re putting on shows that are safe and done the right way, which we’re going to, I’m excited.”

Johnson brings a strong resume of booking experience to Tupelo from Milwaukee. He was vice president of sports and entertainment for the Wisconsin Center District but was let go amid pandemic-related personnel cuts. Before that he was senior director of arena booking and entertainment at the BMO Harris Bradley Center after 15 years with Summerfest Milwaukee, where he served as associate entertainment director.

The renovation, which was completed under budget and four months ahead of schedule, doubles the size of the conference center with a 12,000-square-foot expansion. A breezeway-type structure connects the arena to the conference center and adds the BancorpSouth Club, a VIP lounge and bar area that can accommodate 200 people, and arena restrooms have been upgraded.

BancorpSouth signed a naming rights extension in 2019 that includes the new VIP hospitality space between the arena and conference center. The deal extends through 2035 a deal that was set to expire in 2023. 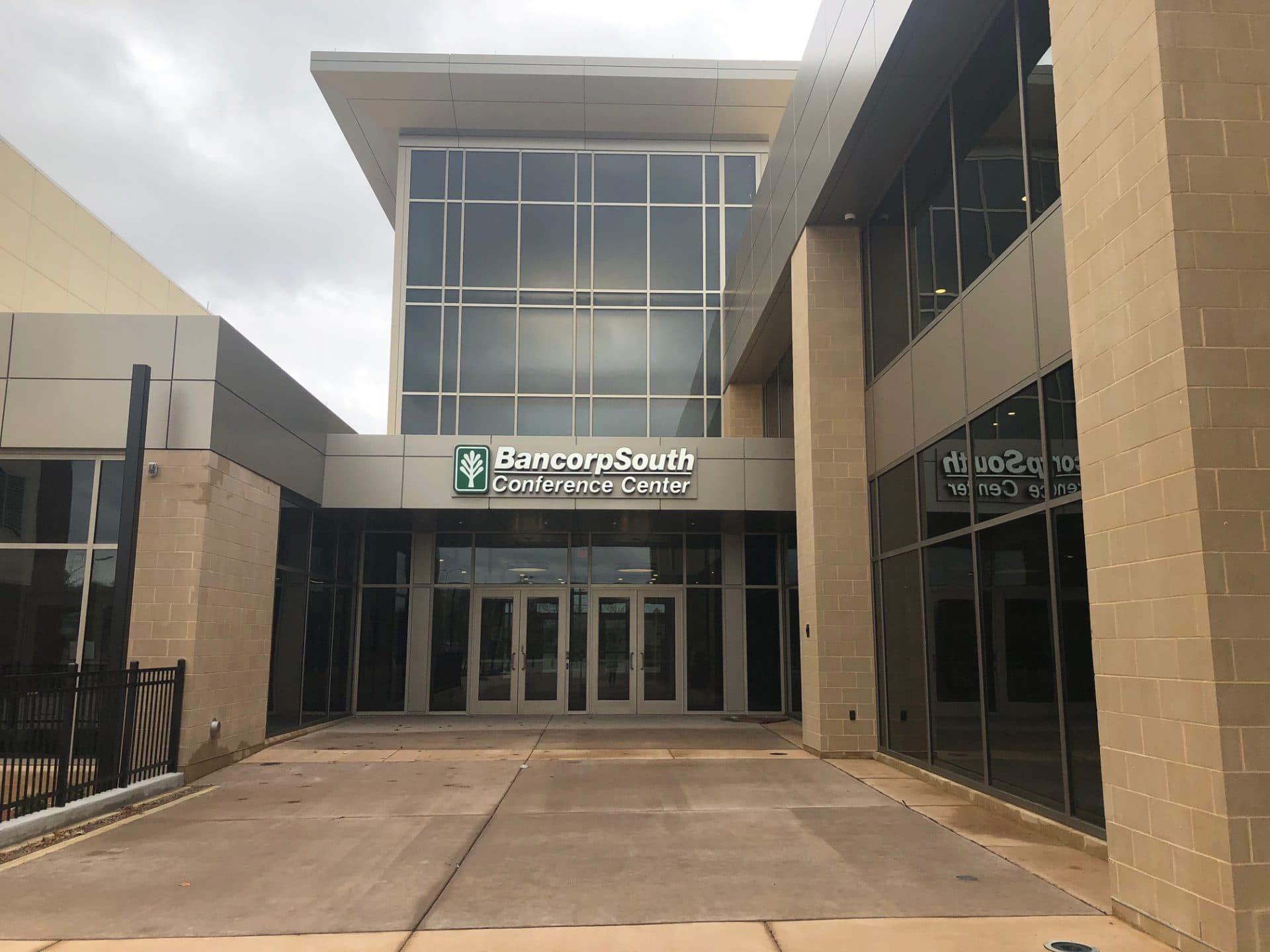 Connecting the arena and conference center gives the facility flexibility to more readily use both for single events, Johnson said.

“It allows us to provide obviously a larger footprint to our clients and we can utilize the arena in conjunction with the conference center, which we have been doing,” he said. “We can draw larger events than we could before, so it’s a win-win for us with both buildings technically under one roof.”

The VIP lounge, which is incorporated into the connector, will be used for high-end experiences, preevent gatherings, after-parties and the like.

The arena has no permanent tenants, leaving it open for bookings 365 days a year, Johnson said, adding that he is pursuing college basketball and club level hockey games.

“I came here two months ago, Jan. 1, and it’s a wide-open book,” Johnson said. “My predecessors did a wonderful job of booking this space, and with the added benefits of the conference center I think we can draw more and more events on the concert side, on the family events side and on the conference side.”

The arena has played host to big names such as Elton John, Tim McGraw and Faith Hill, and James Taylor and drawn state conventions, including the Mississippi Rural Water Convention and the Government Procurement and Purchasing Agents meeting.

“We’re sitting down and ascertaining. We’re going to have a hit list of local (and) regional events that we want to go after,” Johnson said. “Now we have the premier space in Mississippi and the region to put on events. We have a great convention bureau, which is very strong in the region.”

On the concert side, the arena will work with a variety of promoters and will also buy some shows on its own.

“We’re just going to push and get more activity into this building,” he said. “It is very much an open house and we want to keep it that way. We do a good rehearsal business out of Nashville and we’re going to expand that hopefully, and I’m going up there once or twice a month to get some face-to-face time with agents, managers and promoters.

“Nashville likes this building. We get some great looks at some larger shows.”

The food and beverage operation is run in-house, Johnson said.

“We’re increasing our offerings,” he said. “I’m taking a look at the whole umbrella here of what we have to offer and tweaking things.”

Ticket sales for the Parker McCollum show and rodeo have been strong with a bit of a late surge, and Johnson expects more guests who are tentative will get over their apprehension as the year unwinds and come out to the arena.

“The groundwork’s laid, we just need to massage it and grow it,” he said of the path forward in the birthplace of Elvis.