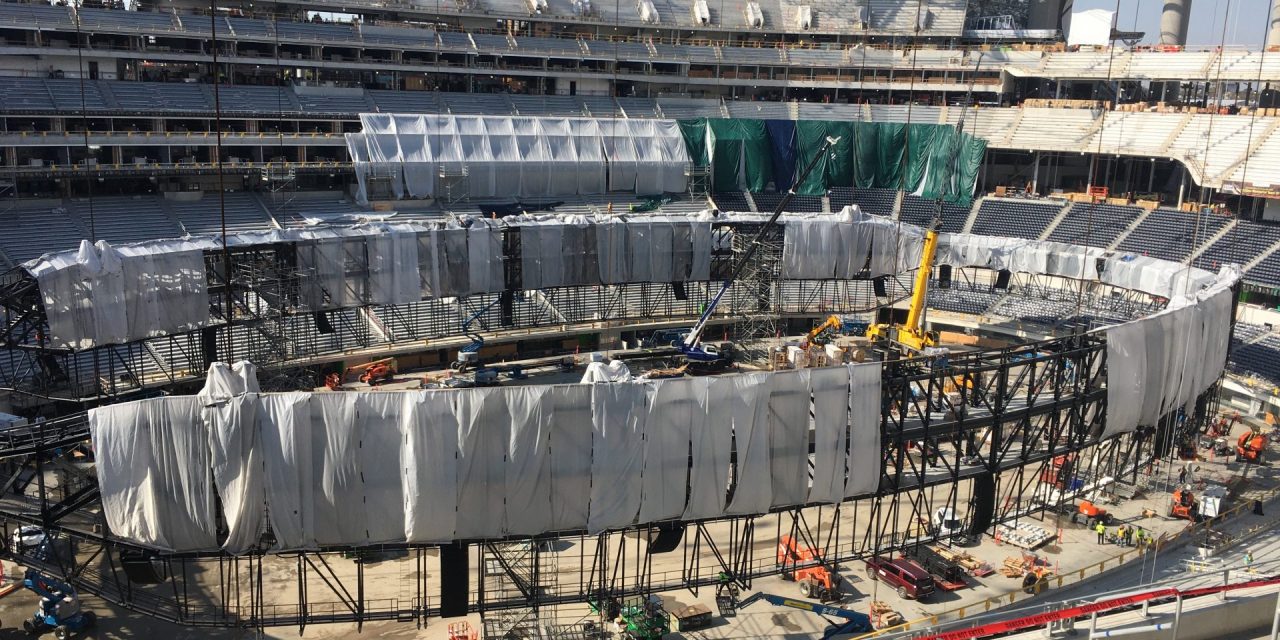 The support for SoFi Stadium’s 120-yard center-hung board waiting to hoisted above the stadium floor. (James Zoltak / Staff) All content produced for it will be in 4K and HDR When SoFi Stadium opens with a Taylor Swift concert July 25, the $5 billion venue being developed at Hollywood Park in Inglewood by Los Angeles Rams owner Stan Kroenke will boast a nearly 50-foot-high center-hung videoboard that’s longer than the playing field. “It really is a modern technology marvel in many ways,” said Skarpi Hedinsson, the Rams’ chief technology officer.   Nicknamed “oculus,” the 120-yard, eye-shaped display — designed by stadium architect HKS with engineering by WJHW, according to a source — has video surfaces on both sides with sight lines from any angle in the stadium and will be mounted 120 feet off the playing surface, Hedinsson said. SoFi Stadium officials declined to release details about who is supplying the oculus’ […]
To access this post, you must purchase Subscribe to VenuesNow – 1 Year, Subscribe to VenuesNow – 2 Years or Subscribe to VenuesNow – 3 Years. If you are already a member of VenuesNow, please login here: log in