Sparks to Tip Off at LA Convention Center 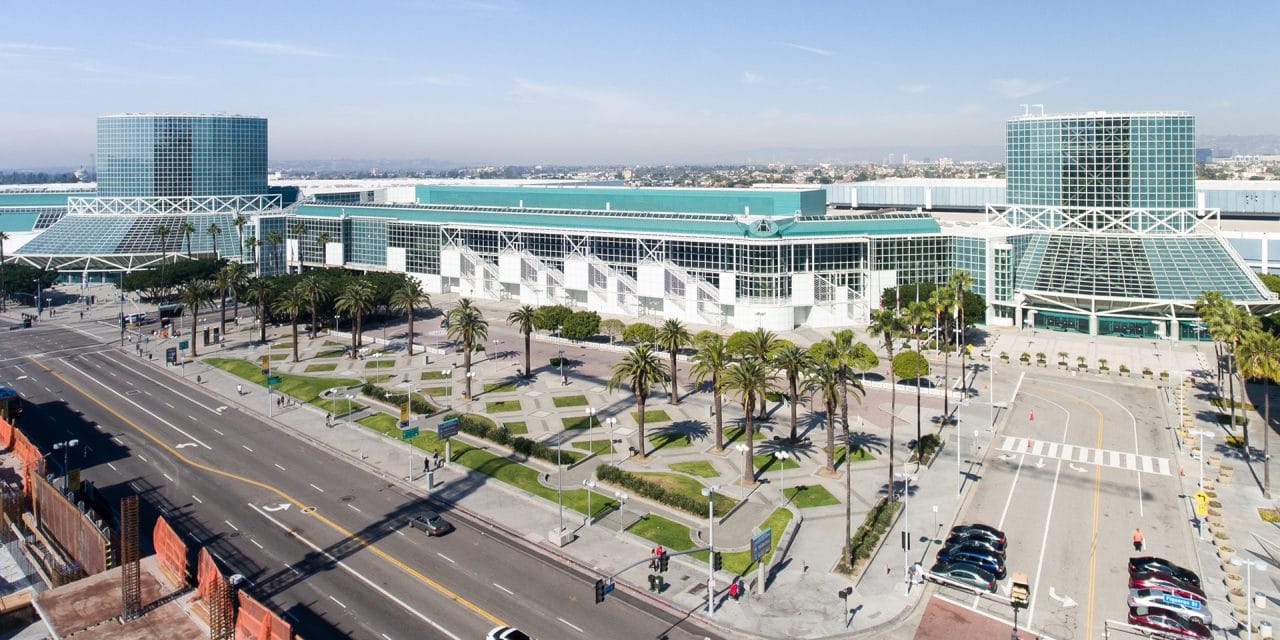 The Los Angeles Convention Center, managed by ASM Global, is next to the Sparks’ home, Staples Center. (Courtesy venue)

The WNBA’s Sparks began moving into the Los Angeles Convention Center on Wednesday as the team prepares to play 11 home games in a large hall at the facility.

Ellen Schwartz, the convention center’s general manager, said the ASM Global-managed building is benefiting from the late start to the NHL and NBA seasons, which required the Sparks to find an alternative to their usual home, the AEG-owned Staples Center next door, home to the NHL’s Kings and the NBA’s Lakers and Clippers.

“We’re certainly excited,” said Schwartz, who said the Sparks will play in the LACC’s roughly 65,000-square-foot Hall B beginning May 14. “Staples is just too busy with their commitments to the NBA and NHL.”

The Sparks’ intention is to start the season without fans to make sure they have things running properly before they welcome a small group of fans, around 500, but probably not until June, assuming they can meet all of the protocols that are in place at the time, Schwartz said.

The fact that the convention center is essentially “a blank canvas” at this point means the Sparks are able to come in and build just what they need and leave it in place between games. The team will use the same new floor that it had planned to use at Staples, Schwartz said.

“It’s a little bit different when you come to a place that’s not built for (basketball), but it does work and we’re happy to have them,” she said.

There might be a preseason game at the convention center, but that hasn’t been confirmed.

It won’t be the first time the LACC has hosted sporting events. The building has been home to the annual celebrity basketball game that’s put on during the BET Awards, Schwartz said.

“And, of course, we’ve hosted, when we’ve had NBA (All-Star Games) over the years, different things, whether it be the G League or celebrity games or other events,” she said.

Temporary locker room areas will be built within the space, with showers and laundry machines.

“Everything has to be brought in,” Schwartz said. She said the setup is similar to the “bubble” at IMG Academy and the Feld Entertainment rehearsal hall in Florida where the WNBA played last season.

Accommodating broadcasts is another aspect that’s key to the operation, she said. Many of the broadcast trucks for the NBA games at Staples Center are on the convention center property already, thanks to pandemic spacing requirements, she said.

“Everybody’s worlds are really different, and we’re all trying to work together to make it work the best and the smoothest that it can,” Schwartz said.

The LACC typically hosts 250 to 300 events each year. They vary in size from small meetings on up to the L.A. Auto Show, which is the longest single event each year. The most widely attended event is the annual anime convention, she said. 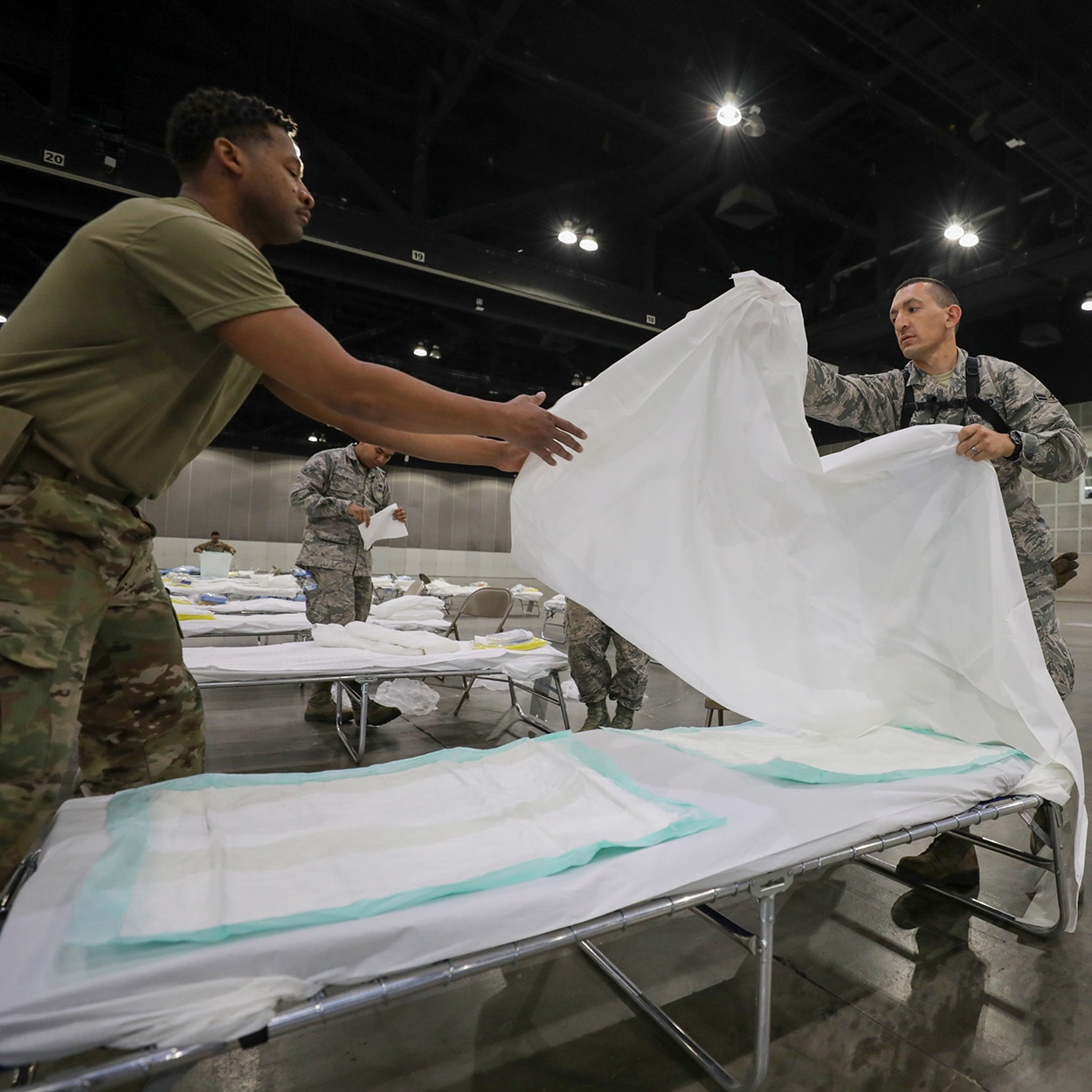 The facility has managed to hold onto most of its business through the shutdown, although one booked event recently moved its September engagement to another state because of a lack of clarity on what they would be allowed to do, making planning difficult to impossible, Schwartz said.

“That’s the first one we’ve lost with somebody saying I’m going to go to another location that’s open,” she said, declining to name the client. “Most of the others we’ve accommodated (with rescheduling).”

For instance, the L.A. Art Show, which typically happens in January, had to be postponed this year.

“They are looking to run in July of this year, and we actually think that will be our first ‘normal’ event that we know is looking to move forward,” Schwartz said. “We’ve actually already talked to the health department about it and although right now there is no green light for the event, they have indicated to us that there should be a green light if the numbers hold and more people get vaccinated, etc.”

Like many public assembly facilities across the country, the LACC has also stepped up to assist the city’s vulnerable populations during the pandemic. Since last May, the convention center has put together meals along with Levy, the building’s food and beverage concessionaire, for two senior citizen programs and another for homeless individuals who were placed in hotels.

“In addition, we had a federal medical station that was set up from May through August, which thankfully we saw no patients for. However, during the civil insurrection last June, we did house 1,500 National Guard and mutual aid police (personnel),” Schwartz said. “It was about a nine-day stay.”

The medical station had about 300 beds that were used by about as many mutual aid police officers, she said.

The LACC was considered as a testing site, but that idea was nixed in favor of nearby locations at Dodger Stadium and Exposition Park, Schwartz said.

Some groups have also used the convention center as a location for putting together kits of masks, hand sanitizer and other items for distribution in the community, she said.

The convention center has seen its share of staff reductions. Full-time staff employment is at about 45% of normal and only a few part-timers, in security, remain on the job.

“It was the toughest year ever,” Schwartz said.

Still, the facility has been fortunate to host some major events like the Grammys, which were shot at the convention center; a Savage X Fenty event; “Mariah Carey’s Magical Christmas Special”; “Dick Clark’s New Year’s Rockin’ Eve”; an Herbalife virtual event that was filmed at the center; and another corporate virtual event, as well as some film and television shoots, Schwartz said.

“Being in Los Angeles does have its advantages,” she said.