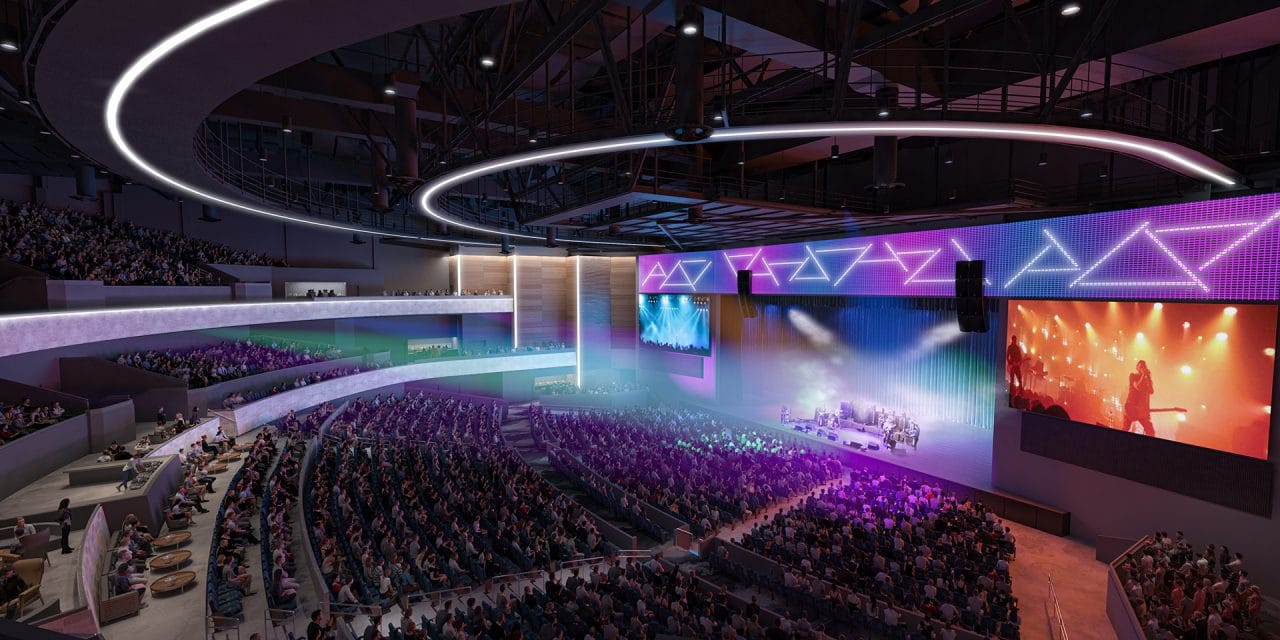 Now the resort’s owner, the United Auburn Indian Community, has broken ground on a $100 million, 4,500-capacity indoor performance space that will allow the property to offer patrons a venue to take in popular musical, family entertainment, sporting and other events without having to contend with inclement or predictably hot summer weather or things such as wildfire smoke.

The venue is expected to be equally attractive to artists playing the space, resort officials say.

The 150,000-square-foot Venue at Thunder Valley is being designed by OTJ Architects, whose work includes renovations of historic live event spaces such as Webster Hall and the Hudson Theater in New York, Cincinnati Music Hall, the Boston Opera House, the Kings Theatre in Brooklyn and the Howard Theatre in Washington, D.C.

McCarthy Building Cos. is the general contractor. 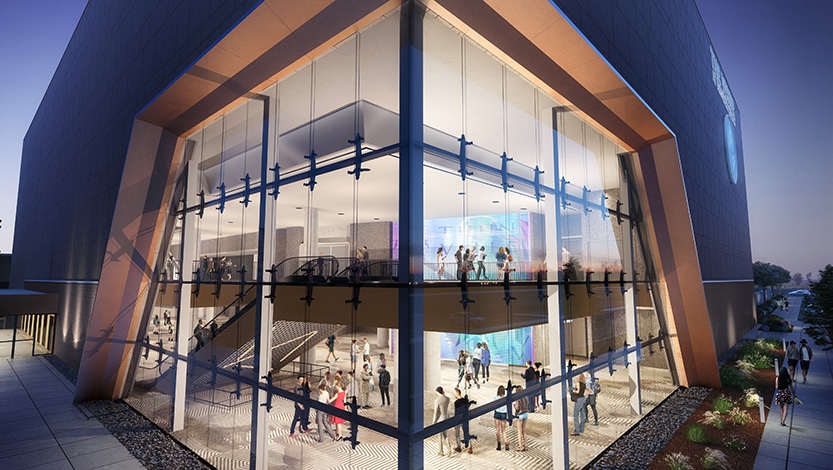 The project is expected to be completed by late 2022 or early 2023 and will supplant the resort’s outdoor amphitheater.

The United Auburn Indian Community opened Thunder Valley Casino Resort in 2003 and expanded it in 2010. It has been estimated that the resort has a $90 million annual economic impact in the Sacramento region.

“Our customers are eager for entertainment all year long, in a state-of-the-art venue rather than simply something that occurs during the summer months during our summer concert series,” said resort spokesman Doug Elmets of Elmets Communications.

According to Jon Bow, who will be the venue’s general manager and is now the resort’s business development manager, “the goal has always been to try to be profitable on a stand-alone basis.”

“We’ve had success doing that, but we want to make sure all of our customers are entertained and obviously drive frequency to the casino,” he said. “But most importantly from the entertainment side, we want to make sure they are enjoying themselves at the concert. If they come into the casino afterwards, great. If they don’t, we sure hope they had a great time at the concert.”

Gambling isn’t the only thing that guests can do before or after a show. The resort boasts 14 restaurants and bars along with a 17-story luxury hotel and spa, according to Bow, whose identical twin brother runs the resort’s golf course.

Bow and Elmets said OTJ, which was among a number of firms across the country that made proposals, landed the work by presenting creative design concepts that were in line with the thinking of the UAIC’s five-member elected tribal council and by dint of their track record in high-end performance spaces .

Lastly, OTJ really did connect with the tribal council and some of the members of the resort’s leadership team, Bow said.

“You could tell that they were going to do everything necessary to get the job done for us,” Bow said. “Not only did they have the best design, and we did see a lot of different firms’ ideas, but it was very important to our council and our owners to work with genuine people who felt like they cared about us, and they did.”

The resort is working with Schuler Shook on lighting design and Akustik on sound and video system design, Bow said.

The pandemic delayed the project’s groundbreaking, which took place March 16, by about six months, Elmets said.

The venue will continue to host some of the kinds of nontraditional events, like comedy, “Long Island Medium” Theresa Caputo, and game shows such as “The Price is Right – Live” that have proved popular in the amphitheater. Sporting events like boxing and mixed martial arts are also likely to be part of the event mix, Bow said.

The resort will continue its relationship with talent buyer Billy Brill of Billy Alan.

The venue will also have space for conferences and banquets.

Bow says the venue will “fill a niche in the Sacramento market.”

“We’re going to be an intimate theater/concert hall,” he said. “You’re going to the best of the best. You’re going to feel like the concert is being performed for you and a few of your friends.”

The resort’s entertainment lineup draws from from the San Francisco, Oakland, Modesto, Stockton and even the Reno and Lake Tahoe areas in Nevada, Bow said.

“We’ve got a nice wide span … of all different demographics,” he said. “We feel like the best is yet to come.”

The first show to perform in the new venue is likely to be a rock ‘n’ roll act with a wow factor, Bow said.

“We would like the opening series of acts to have a little bit of flavor from each of the different genres,” he said.