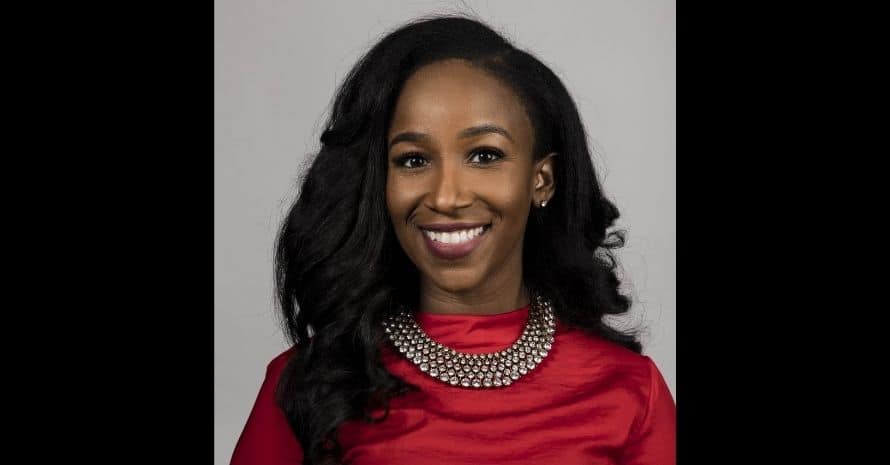 Jenn Hunter, senior director of diversity, equity and inclusion for the Portland Trail Blazers, oversees the internal and external execution of equity and inclusion initiatives for the team and leads all related strategy and policies. A lawyer by trade, Hunter joined the Blazers in November of 2020. In 2018, she was named Brown University’s first associate director of athletics for diversity and inclusion initiatives, where she worked to develop and implement programs focused on the Ivy League school’s athletics and student athletes. Prior to that Hunter created and grew the Department of Inclusion & Engagement at the University of Wisconsin. Her experience also includes time as an academic specialist and coordinator at the University of California, Berkeley, working with the school’s men’s and women’s basketball teams.

Hunters holds a bachelor’s degree in public relations and sports administration from Howard University and a juris doctor from Thurgood Marshall School of Law at Texas Southern University.

Hunter was on a DEI panel at October’s VenuesNow Conference in Seattle, where she discussed some of the goals and challenges of DEI initiatives. She expounded on that discussion in an interview with VenuesNow.

VenuesNow: In as much of a nutshell as possible, what is the business case for DEI? 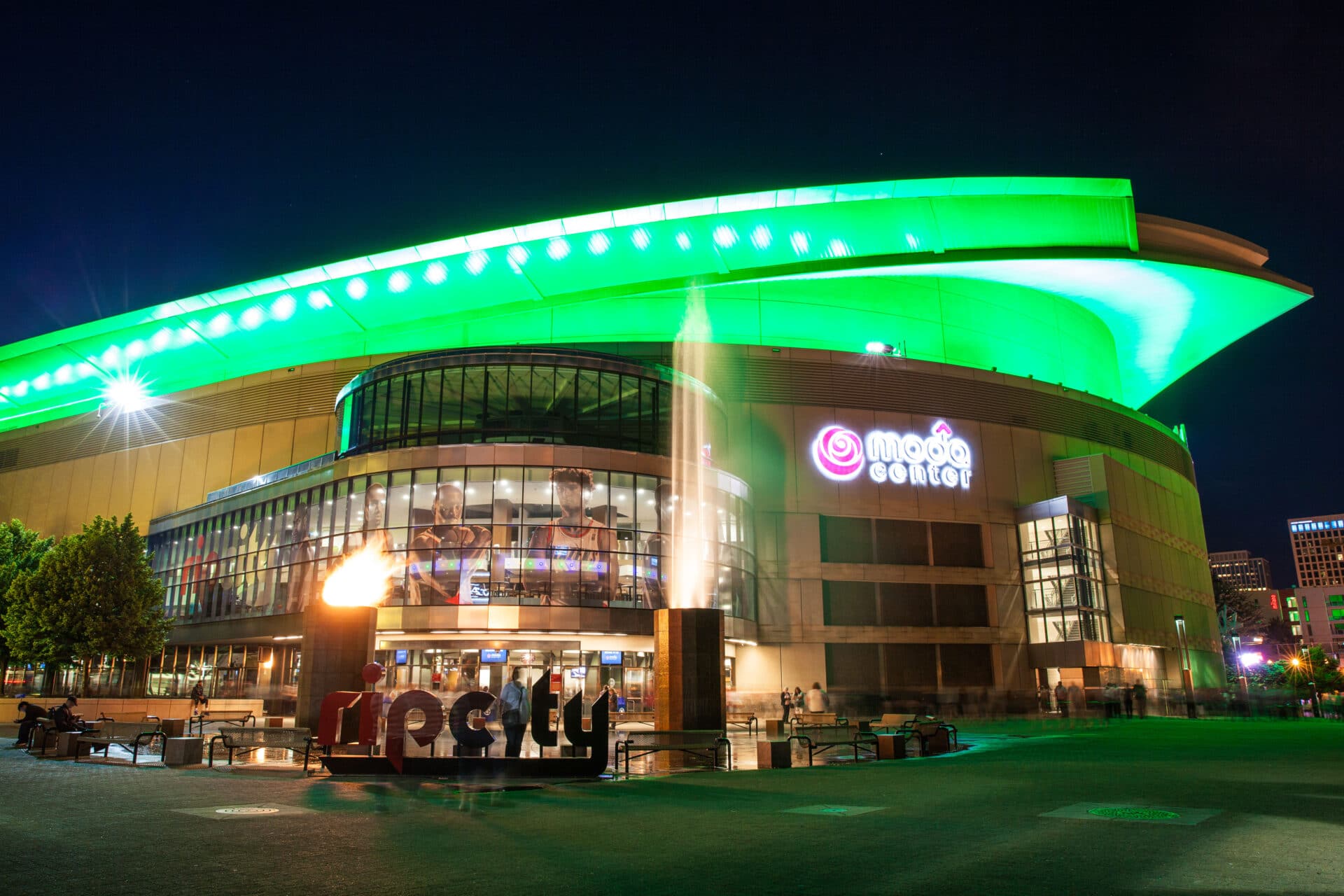 Jenn Hunter: In general, if you look at our country, the demographics are scheduled or predicted to change over the next 10 to 15 years. We’re starting to see this in the most recent census. You’re going to have to start meeting communities at their needs and this is across the board, whether it is our LGBTQ-plus community (or others). Since 1990, we’ve had Americans with Disabilities Act laws, but have organizations, have venues, have facilities met up with the standards? To an extent, but is there an opportunity to go above and beyond? Absolutely, and people are calling more for it. I think that right now the society that we’re in, to get people into our spaces and utilizing our products it’s important to understand those demographic bases and actually model and market to them in a way in which that community feels valued, but also trusts the brand that you’re presenting. So, the business case is like, what can we do as an organization to make sure that we see a long-term return on investment and engagement in diverse communities?

Even in 2021, you hear complaints that DEI efforts lead to the most qualified being passed over for the sake of meeting a diversity quota, yet many C-suites fail to reflect the diversity of the communities in which their businesses operate.

Super misguided. Let’s use the C-Suite representation (example). I’m always shocked that people assume that folks are unqualified. That’s the basic foundation, disbelief that those women and people of color or openly LGBTQ C-suite staff members are there to fill a quota versus they earned that spot. We have to kind of peel back our own assumptions of where we are and why we believe that. I hear that often, “Oh, you know, we need to hire the right person and not just hire people based (on) color.” Why did you assume the person of color was not the best person? And so, it goes back to our original notions of what we believe a C-suite looks like, which generally is this view of white and male. Let’s go back to the ’80s. You think about that kind of power Wall Streetish-like idea. That’s when women who were trying to break into the C-suites (were) wearing the big shoulder pads because that’s the power look, right? Black women carry one of the largest amounts of master’s degrees in this country and so to say that those women are not qualified, it’s just based off of an assumption. That’s not to say every Black woman with a master’s degree is qualified, but there are statistics to back up at least on paper that the education, the experience is there, so I think the first piece is breaking free, freeing yourself of the notion that just automatically every hire is a diversity hire.

I’m good at what I do, but I’m also a lawyer by trade, so if it comes down to having a conversation about DEI, I can break it down from an Equal Employment Opportunity level, and what this looks like against federal laws and how to make sure we’re doing what we need to do, but I never want anybody to assume I’m in my role because I’m Black or because I’m a woman or both.

The C-suite does guide the organization. We can say whatever we want, but they set the tone. The same conversation that I had a little bit earlier about getting into those other markets, you can’t get into those markets or build trust or brand loyalty in markets that you have no understanding of. Communities of color are driven by relationships and so it’s not enough to just try to sell to a community, you need to be active within that community and that’s going to encourage more and more of that community to partake in your product or your venue or your team.

Would you say the NBA has a unique position in American society, and across the world for that matter, in terms of how it addresses DEI issues and the influence it wields with the general public?

In the greater society, it’s amazing that it’s sports, versus teachers and doctors and scientists. That’s just culture and power and fame, I guess, but with that, I’ve watched the NBA do some amazing things. I think about the NBA Foundation. They are giving out $300 million to organizations that are impacting the Black community in the U.S. and trying to help kind of close that economic gap, that wealth gap that we see as well as having an impact on criminal justice reform, so (through) policy and systemic pieces the NBA is really stepping up. Season ticket holder bases are probably still predominantly white, but here’s a league that is taking their staff, which are the players, and leading from the lens that impacts them. The model is there. The push for diversity, equity and inclusion in terms of pipelines and executive-level opportunities, that is a really big (emphasis) of the NBA. So as a subsidiary of it, I’m very proud that we are part of the league. They are doing amazing work and really set the tone as a model. I think that other major professional organizations are kind of following their lead. You also have some of the biggest names on the planet in this sport and the most visible.

I think that the reverse of that is we do have a segment of people that feel like NBA players are millionaires so they shouldn’t have anything to say about these things, that this isn’t their reality, but for a lot of them, it is. You think about (Thabo) Sefolosha, (whose) leg was broken in an incident with NYPD or Sterling Brown, who was with the (Milwaukee) Bucks at the time he had that situation with the police department in Milwaukee. You have NBA players who are still experiencing injustices and money doesn’t make a difference for them. It doesn’t change it in that moment, so the NBA recognizing that and protecting its players and kind of doing the work and making the calls I think is a phenomenal catalyst for change.

What kinds of structures or systems can be built within organizations to improve diversity/perpetuate DE&I practices?

The best place to start is, people need a strategic plan that’s related to DEI. You asked the question about get woke and go broke – if you don’t have a strategy about how this weaves into your organization, then yes, you will go broke because you’re just blindly doing something without any type of strategy. Our initiatives are laid out through the next three or four years and they’re woven into all the different areas of the organization from leadership through how we spend our money from a supplier diversity standpoint. It is woven into our branding, community engagement, marketing, our corporate partnerships. All of these departments and entities within our organization have some type of equity and diversity strategy and goal. Start from there. Then other pieces come into play. If you know that your organization needs more diversity then the key piece of your strategy is really going to focus on recruitment and subsequently retention of staff of color, of women, of LGBTQ-plus, disabled folks. You put that strategy in place, start hiring folks ,but you also need to retain them and make sure that they stay. Then, you start to put thE next structures in place. Do you have those affinity groups for staff? Which trainings are you doing? Are you providing professional development, giving those staff members the opportunity to grow within your company, which is also another issue around equity. If you have a company that is not promoting women at the same rate as men, that’s a red flag. You need some checks and balances in place to even make sure that your processes in that regard are one, transparent, and two, look equitable in each space. If they’re not getting promoted, well what’s the why? Do they not get professional development? Do they not get the opportunity to lead? Are they only in entry-level lower management roles? What track are you putting them on to be in management. These types of structures you lay out in that strategic plan and if you don’t have a DEI professional in your organization, hire a consultant. But everybody should have a DEI strategic plan of some sort.