In good times and bad, Baltimore Convention Center does its part 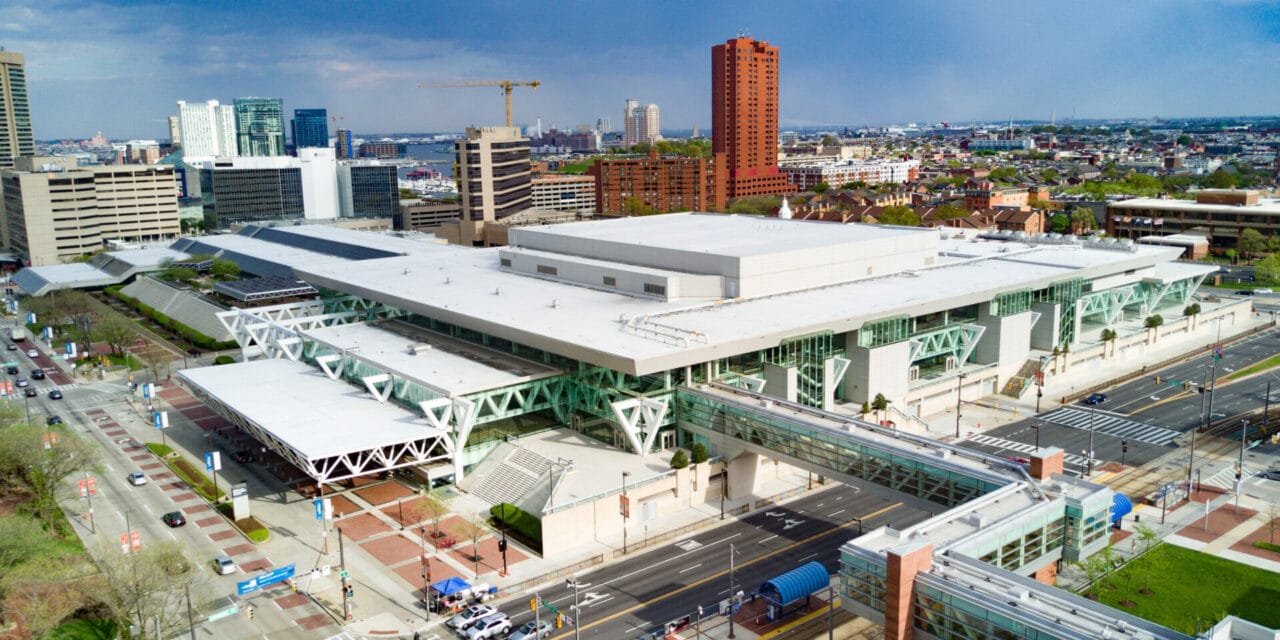 Facility serves key functions through pandemic and beyond

Pandemic field hospital, vaccination and testing site, funeral hall for fallen firefighters. The Baltimore Convention Center has gotten through the last two years serving functions no one ever wanted but a lot of people needed.

New twists notwithstanding, the BCC is getting back to some semblance of normalcy and has been since the latter half of 2021, says Peggy Daidakis, the facility’s executive director, who started her career at the center since it opened in 1979.

But on Feb. 2, the convention center was the scene of a funeral for three city firefighters — Lt. Paul Butrim, Kenny Lacayo and Lt. Kelsey Sadler, who died while battling flames in a rowhouse that collapsed on them on Jan. 24.

“We had about 10,000 in attendance,” she said. “It was very sobering. Those days leading up to that day were quite intense.”

A new event this year is the For the Feb. 22-26 Central Intercollegiate Athletic Association men’s and women’s basketball tournament, making its debut in Baltimore. The convention center is housing the fan fest, step competitions, career fair and awards ceremony for about 700 – with food and beverage component handled by concessionaire Sodexo Live. Games are at Royal Farms Arena. 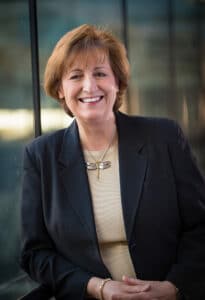 “We’ve been getting lacrosse and soccer coaches (events), not every year, but they tend to be in that January-February time period to help us fill in many of the hotel rooms,” she said. “We still have our annual pieces of business in January and February.”

The last few months and the omicron surge prompted another round of schedule jostling, Daidakis said.

“One day it’s like, OK the numbers are dipping, and the next it’s like the sky is falling,” she said. “We’ve had some changes in the schedule since everything was booked. Some events either asked to go to next year or we happened to find dates later on that they were comfortable with.”

“We had 250 beds ready in case they were needed for overflow from the hospitals. Fortunately they weren’t all used,” she said. “They had an infusion center. We were a warehouse for PPE. We also turned into a testing and vaccine site. Our whole building was being used by the field hospital folks so we were able, even though our people didn’t service the hospital directly, to help outside of the secured health areas … with warehousing and forklifting.”

“We were very fortunate to keep all of our people employed,” she said. “There were reduced schedules and the city was very cognizant of that so we were able to adjust people’s schedules without adjusting people’s pay.”

Some employees were lent elsewhere, like the health department where need was acute for some of their skills.

“Keeping our folks employed was really huge,” she said. “We did get income from the rental of the facilities by the state, for the use of our building. It didn’t come close to what we would have had with regular events, but food services provided the meals for the staff and the patients, our telecommunications, the internet, utilities. The only partner we had that didn’t do as much business was audio visual, but they hung in there with us, creating a virtual studio or helping us with virtual tours for customers who were still interested in looking at Baltimore, or for the ones that were coming, how to adjust to the new protocols we have. We did pretty good thinking outside the box getting ready for the return.”

The hospital operation began winding down in July and the convention center hosted its first event, Destinations International that month.

“We hosted their general sessions. Most of their activities were at the Hilton, which is the hotel that’s connected to us by bridge, and then we started trickling in smaller events,” Daidakis said. “It wasn’t until November until everything was gone from the field hospital. We were able to bring in some of our annuals. Some of our association business still came but reduced their space because of the exhibitors not coming and the attendance shrinking. So, we really geared back up in October.”

As for the prospects going forward for a facility that was averaging 500,000 annual visitors and hosting as many as 125 events in pre-COVID times?

“We did lose events in the next couple of years,” Daidakis said. “Some of them vowed to come back in their next cycle because many associations rotate where they go. I would say we will come close to 80 to 90 events for the coming year and hopefully build back up after that. The hotels took a big hit when we were shut down and they are very anxious for us to fill places back up.”

Al Hutchinson, president and CEO of Visit Baltimore, said World Cup 2026 is an event the city wants in on.

“The Army-Navy game is on our radar,” he said. “We want to bring that back to Baltimore City.”

Convention Center expansion and improvement is “being discussed,” Hutchinson said. “The pandemic slowed that conversation down, but it is being discussed. It’s back on the radar on the city level as well as the state of Maryland and we’re hoping in the next six to 12 months we’ll have a better idea of where we go with some type of renovation and modernization of the convention center.”