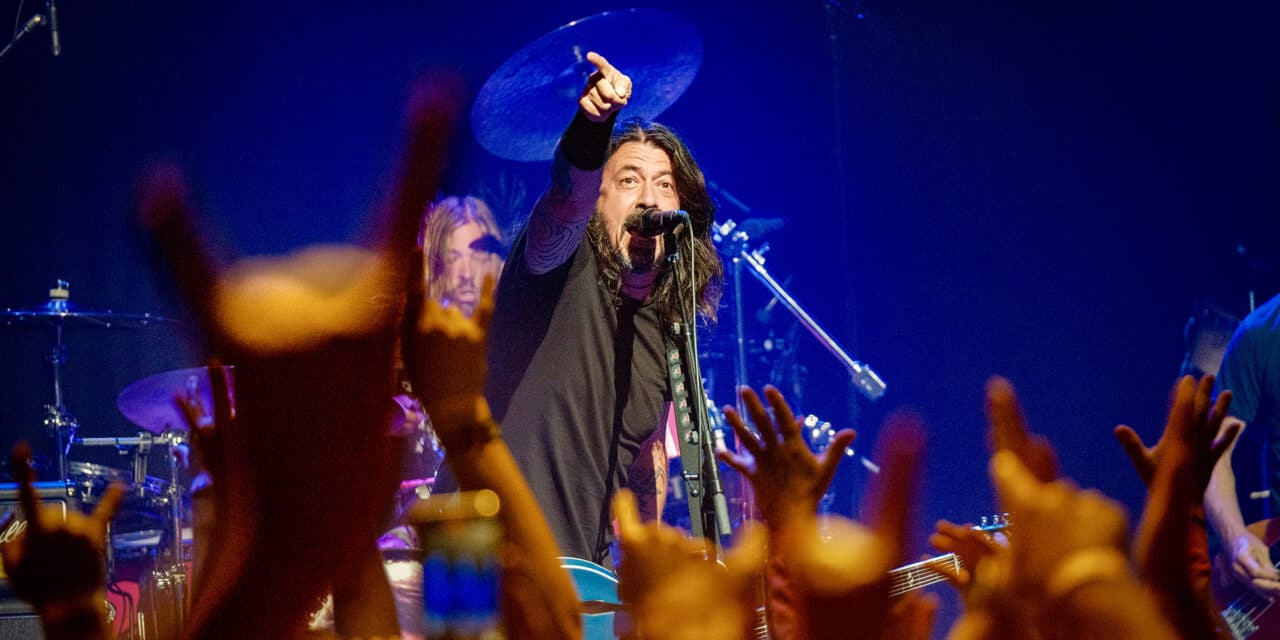 Details to come on replica of original Washington, D.C., venue

Foo Fighters frontman Dave Grohl spilled the beans on a new venue — a replica of the original 9:30 Club — during the band’s sold-out surprise set Thursday at the current incarnation of the iconic Washington, D.C., club as it reopened after an 18-month pandemic-prompted closure.

Dody DiSanto and Jon Bowers opened the original club, where Grohl performed with Scream and Nirvana back in the day, in 1980 at 930 F St. NW.

Seth Hurwitz, co-founder and chairman of 9:30 parent company I.M.P. (the acronym for It’s My Party), and his business partner and former high school teacher, Richard Heinecke, bought the club in 1986 from DiSanto and Bowers.

The club helped nurture bands like R.E.M., the Red Hot Chili Peppers, Black Flag and the Ramones, among dozens of other now well-known acts, but with a capacity of only 200 (unofficially 300), the club was moved in 1995 to a new space at 815 V St. NW, where it remains, boasting a capacity of about 1,200, comparable to other local venues like the Black Cat.

In 2019, VenuesNow named the club one of its Venues of the Decade.

The new venue will be located behind the existing club, where the retro bar the Satellite Room had been before its closure on New Year’s Eve 2019. An I.M.P. release announcing the news said the club would look but not smell like the original, an acknowledgement of a stench known to permeate the original club.

The plentiful population of gargantuan rodents that are part of the original 9:30 Club’s lore will not be doing a residency in the new space, according to I.M.P.’s statement.

An I.M.P. spokeswoman said Grohl did not speak out of turn

“No gun was jumped,” said Audrey Fix Schaefer, I.M.P. communications director. “It was an honor to have everyone’s favorite hometown rock legend be the first to fill in the D.C. crowd on what’s brewing next for us.”

The name of the new venue, its capacity and opening date will be announced “in the coming weeks and months,” according to I.M.P., which is based in Bethesda, Maryland. In addition to the 9:30 Club, I.M.P. owns the D.C. venue the Anthem. It books and operates the district’s historic Lincoln Theatre as well as Merriweather Post Pavilion in Columbia, Maryland.