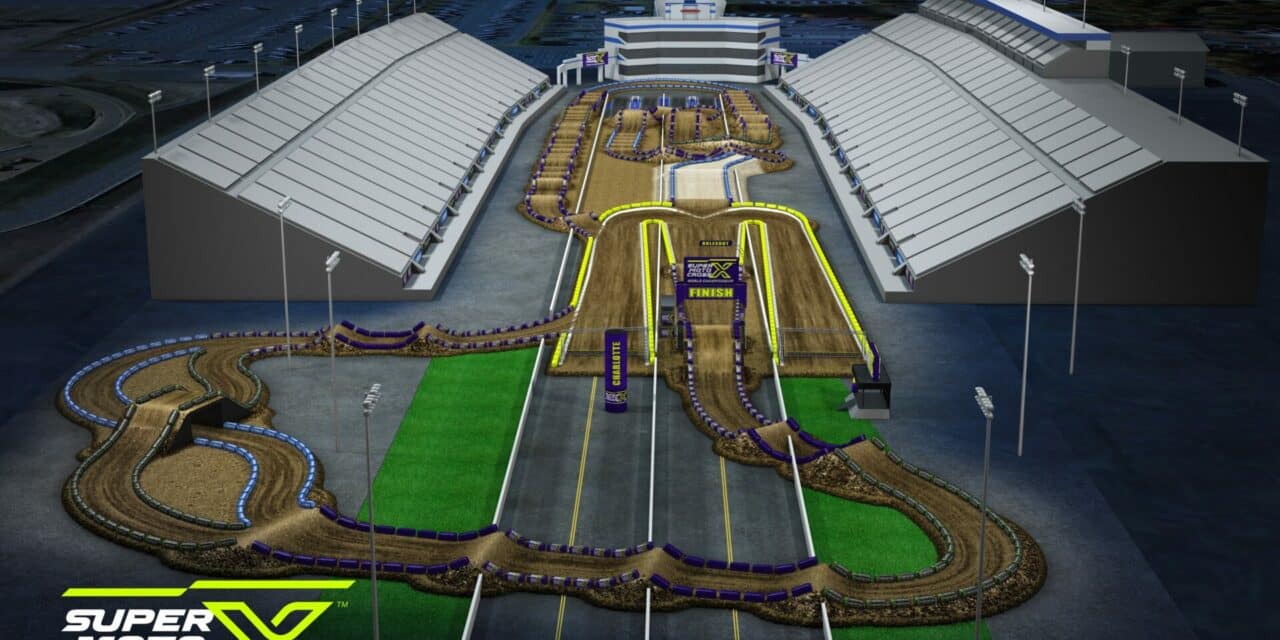 TO THE zMAX: A rendering shows map of racing layout at zMAX Dragway, in Concord, North Carolina. (Courtesy Feld Entertainment)

The SuperMotocross League announced the sites of its inaugural playoffs leading to the first-ever combined final to crown a combined AMA Supercross and Feld Pro Motocross champion.

zMAX Dragway in Concord, North Carolina and Chicagoland Speedway in Joliet, Illinois will host the playoff rounds in September after the Monster Energy AMA Supercross Championship and Pro Motocross championships both conclude. 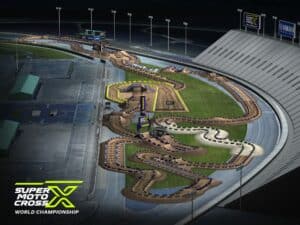 Dave Prater, vice president of Supercross, Feld Motor Sports, said neither playoff site has hosted the two leagues’ events before and that was part of the group’s strategy, to establish a presence across the country in site selection.

“We considered quite a few other locations,” he said, explaining that the two playoff sites are blank slates of sorts. zMax, built in 2008 next to Charlotte Motor Speedway, is billed as the only four-lane drag strip in the world.

“It gives us more room,” Prater said. “It’s a unique venue compared to a speedway or stadium, and it will allow us to have three unique experiences for drivers and fans.”

The dragway has capacity of 30,000 and 40 luxury suites and fans will be allowed to line the fence. 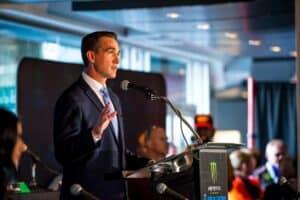 LA Memorial Coliseum has hosted motorcycle racing before and the first-ever Supercross race was held at the historic stadium in 1972.

The SuperMotocross World Championship series will have a total purse of $10 million over the course of the full 31-event season, with $5.5 million up for grabs for the playoffs and final.