Tim Leiweke On UBS Opening, The Next Generation of Buildings, Spectra Acquisition 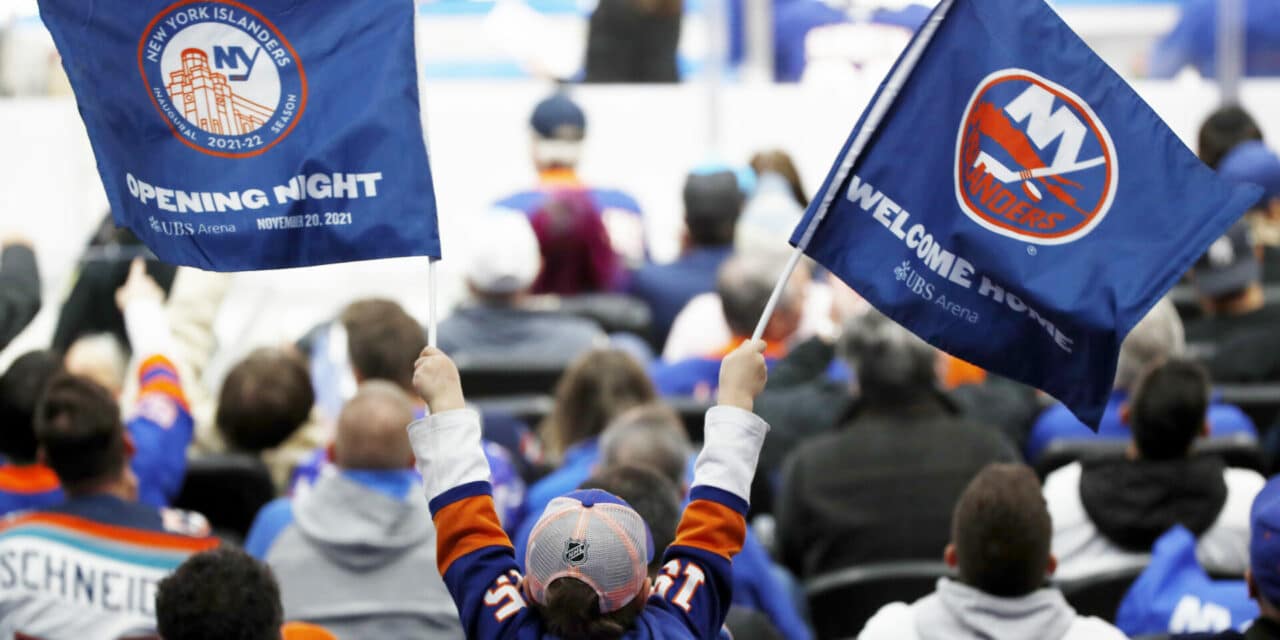 The scene during during the third period between the New York Islanders and the Calgary Flames at the newly opened UBS Arena in Elmont, N.Y., Nov. 20.  Photo by Sarah Stier/Getty Images </em? After the ribbon-cutting ceremony to officially open UBS Arena, VenuesNow spoke with Tim Leiweke, CEO of the Oak View Group (VenuesNow parent company), which developed the new $1.5 billion facility. Here, the indomitable executive discusses the new building, the new generation of facilities, the closing of the Spectra deal and more. VenuesNow: What’s the one achievement you look back on that makes you proudest about cutting the ribbon for the opening of this arena? Tim Leiweke: I’d have to say getting through COVID. This is the second building we’ve opened in a couple of weeks [after Seattle’s Climate Pledge Arena]. We ultimately still plowed straight ahead and we didn’t let COVID bother us. That was a huge […]
To access this post, you must purchase Subscribe to VenuesNow – 1 Year, Subscribe to VenuesNow – 2 Years or Subscribe to VenuesNow – 3 Years. If you are already a member of VenuesNow, please login here: log in