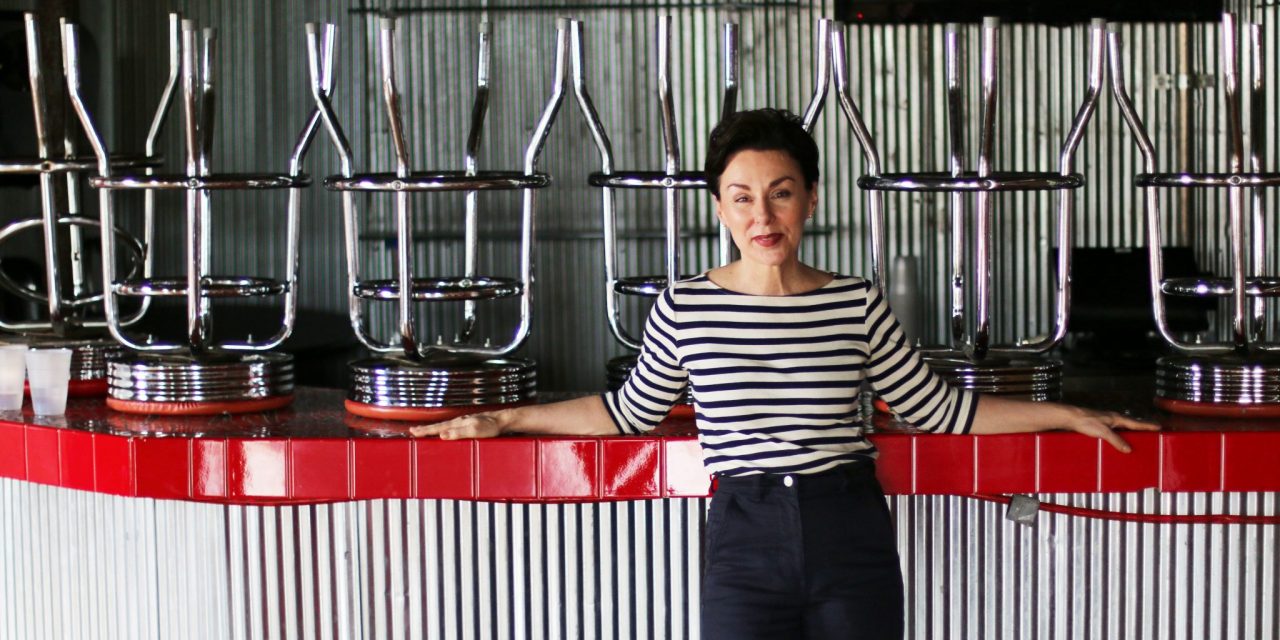 When it came time to remake the Ryman, IEBA and even downtown Nashville, Pam Matthews was more than ready

When Pam Matthews arrived at the Ryman Auditorium in 2000 to be its general manager, downtown Nashville was not a destination.

“There were no condos, few restaurants and no reason to come downtown,” Matthews said. “Musicwise, there were five honky-tonks, and that was it. The amphitheater wasn’t built yet, the (NFL’s Tennessee) Titans weren’t here yet. This place was dead.”

After years of neglect and dormancy following the Grand Ole Opry’s departure for its new home in 1974, the Ryman had undergone a renovation and reopened in 1994. Programming consisted of kitschy country-themed fare, like the Patsy Cline bio-musical.

Matthews was born a little more than 200 miles to the southwest in Memphis; her family can trace itself back to the 1700s. She’s known the city of Nashville her whole life.

“Everybody loved the Ryman Auditorium when I was young. It was the mother church of country music and it used to be a place that brought people together, and I wanted to re-create that community,” she said. “I changed everything they were doing there. I started booking lots and lots of concerts. Good concerts.”

One of Matthews’ many talents is marketing, and she used those skills to let fans know that the Ryman was not only back in business but back in the business of being the premier destination for country music fans.

“We had to reeducate the people,” she said. “We tackled it like we were opening a new building.”

It worked. The stars played, the people came and the Ryman was once again at the forefront of the country music conversation.

Matthews gives longtime Nashville promoter Ali Harnell — now president and chief strategy officer for Live Nation and Women Nation, the initiative it launched last year to support female entrepreneurs and others in the live business — a lot of the credit for the Ryman resurrection, as well as for returning Nashville to its country music capital roots.

“Ali had just come back from maternity leave in January 2001 and she was ready to go,” Matthews said of her longtime friend and colleague. “And she just blew it out of the water. She brought in one great show after the next. If anyone should get the credit for Nashville being the market it is, and the Ryman’s resurgence, it’s Ali.”

It’s a mutual appreciation society; Harnell, who was a Women of Influence honoree in 2016, said it’s Matthews who deserves the praise.

“Pam had a great vison for the Ryman and Nashville, and she locked and loaded,” Harnell said.

“Pam was so focused and gently aggressive about returning the Ryman to its glory, and she’s the driving force behind what the Ryman is today and the rebirth of Nashville. She cares from the bottom up and the top down. She gets every aspect of it. She gets the minutiae and the macro. She’s a really smart woman with a scary IQ.

“She’s strategic and she executes and gets things done and she loves what she does.”

Harnell most wanted to convey how much she appreciated the journey she and Matthews have been on since they met. “Pam is special, and unique, and we’re all better in Nashville because of her,” she said.

Matthews knew she had achieved her dream of bringing the Ryman back to distinction one night when she was standing in the balcony during a show.

“I was watching the fans and they were having such a good time and I thought, ‘This show is making it better to be a Nashvillian than if it never happened. If the Ryman had never reopened and we didn’t start bringing great music back to it, this experience would never have happened for these people.”

During her eight years managing the historic venue, the Ryman rose to prominence as one of the top-grossing theaters in the world. Now, almost 20 years later, Nashville is the midst of a renaissance. Its downtown is bustling. There are blocks and blocks of new clubs, there are great restaurants and activities, and none of that would have been possible without the Ryman roaring back to life.

Matthews got her start in the music business at 15. One of her best friends in high school was Jeff Dunn, whose father was renowned bass player Donald “Duck” Dunn, known for his work as a session musician with Memphis’ Stax Records.

“My dad was in the grocery business and the Dunn family lived a very different life than we lived,” Matthews said.

“When you walked into their house their entry hall was floor-to-ceiling gold and platinum records.” 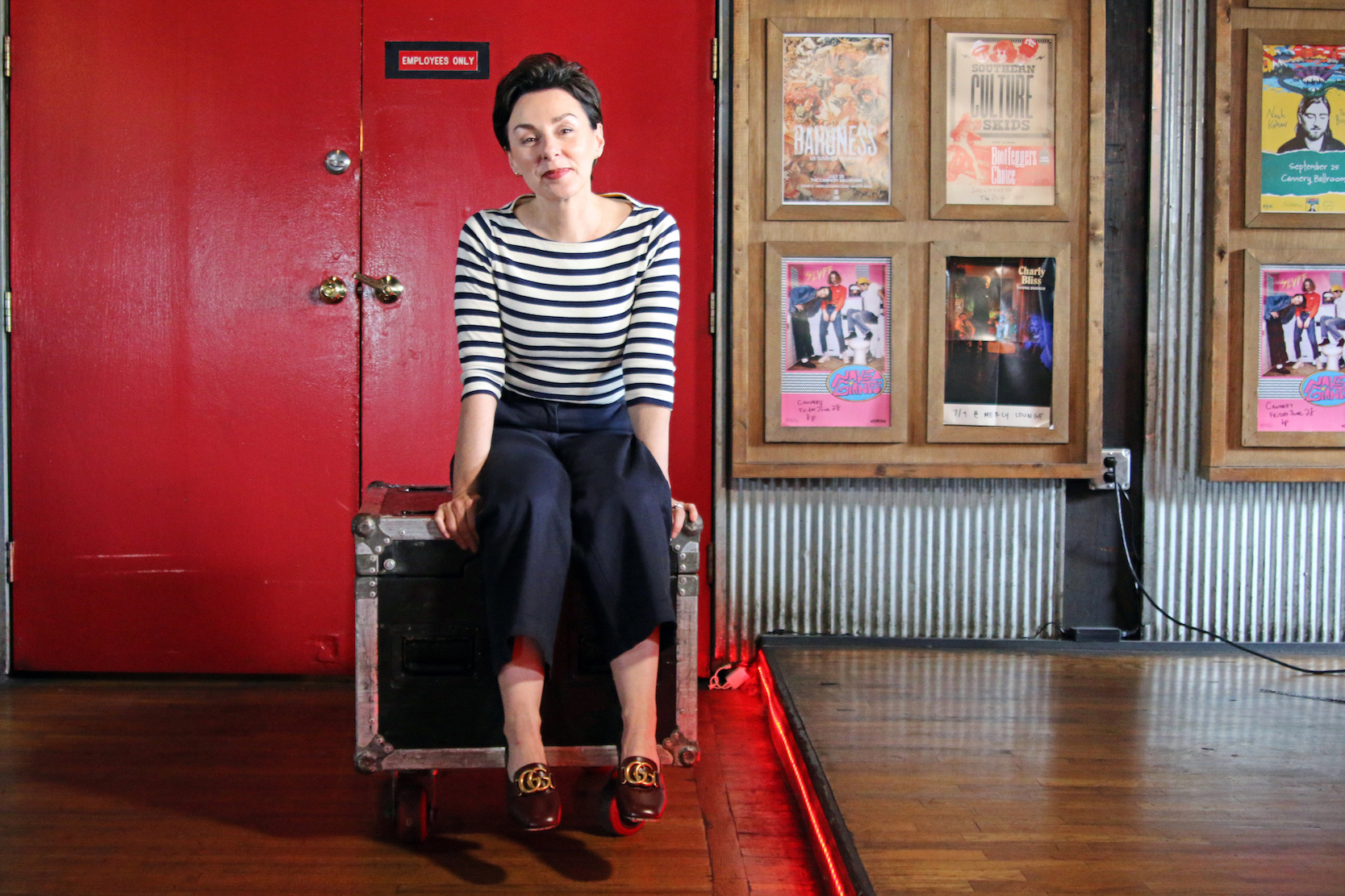 When the Dunns went on the road, Matthews would sort their mail, make sure the pool was clean, and get messages from the answering machine. One day there was a call from Phil Collins thanking them for a wedding gift.

“Phil Collins did not call my house,” Matthews said. “I wanted that life.”

Dunn got her an interview with Bob Kelly of Mid-South Concerts, and Matthews started working as a runner. She continued with the company through most of her years as a student at Rhodes College in Memphis.

“These were the days of regional promoters and I would make copies of all the documents for settlement,” Matthews said of her first real music industry skill.

That got her a job working for Kiss as a tour accounting assistant. Ozzy Osbourne hired her next. She returned to Nashville and started working for the team that started Starwood Amphitheater, the first promoter-owned venue in the country.

“The Judds did everything in-house,” Matthews said. “They had their booking agency in-house, they promoted 85% of their own shows, they had their on merchandise company and they owned their own trucks and buses. They needed someone who could do marketing and settle shows, and I could do both.”

Matthews wound up working for the Judds for 12 years. She was part of their farewell tour when the mother-daughter duo ended the act in the early 1990s. She launched Wynonna Judd’s solo tour. She was part of the reunion tour in 1999. Matthews would eventually be vice president and treasurer of all three of the Judds’ corporations.

Matthews fondest memory of her time with the Judds is the first show of the reunion tour on New Year’s Eve in 1999 at Talking Stick Resort Arena in Phoenix.

“That was the year of the Y2K scare,” Matthews recalled. “Everybody on the planet was going to play everywhere, but they all fell off after the all the predictions that planes were going to fall out of the sky and all the power would go off. But we were fearless, and we promoted our own show, and we pulled it off, and sold it out.”

WME’s Greg Oswald remembered that night as being a standout as well; he was the Judds’ agent at the time.

“Pam had strategies in place in case anything went wrong,” Oswald said. “Pam had triple redundant backups in place to make sure there were no problems in case the power went off.”

“Pam’s a special person. She has a number of the qualities that give her the tools to be really good in a number of different facets of this industry,” he said. “She’s pragmatic and orderly, she’s oriented to detail, fiercely loyal to the artist or project she is working on, and creative in terms of going out of the box and will go with whatever the artist wants to do.

“She’s had three different jobs and she’s been great at every one of them. When Pam takes something on, she takes it full-on.”

The last job Oswald refers to is her current job, CEO of music industry trade group the International Entertainment Buyers Association, which Matthews took over in 2013.

Under her leadership, the 49-year-old organization has tripled its membership and turned its annual conference once again into a must-attend for industry professionals.

“Not unlike the Ryman, IEBA is a beloved heritage brand that needed a little sprucing up,” she said. “We came in and we rocked and rolled it.”

Matthews made IEBA more inclusive, more diversified, and she made sure that things were appealing to a wider audience.

“We really concentrated on bringing venues into the organization,” she said. “When you are on tour you go to every venue in the world. We also wanted to bring in the younger generation, so we started a young professional steering committee for professionals under the age of 30. We get their perspective and groom them for leadership positions.”

IEBA also formed a 501(c)(3) charity that permanently endows scholarships, has a summer intern program, and has created scholarships for students. “We give away over $60,000 every year,” Matthews said proudly.

Matthews has no clue what she’ll do if she ever leaves IEBA, but she’s pretty sure she’ll stay in Nashville forever.

“At every career move, I would not have predicted what would come next,” she said. “That’s the fun part of my career. I never calculated any move. I take the opportunity when it comes along and do it. I’m not driving. I’m just along for the ride.”